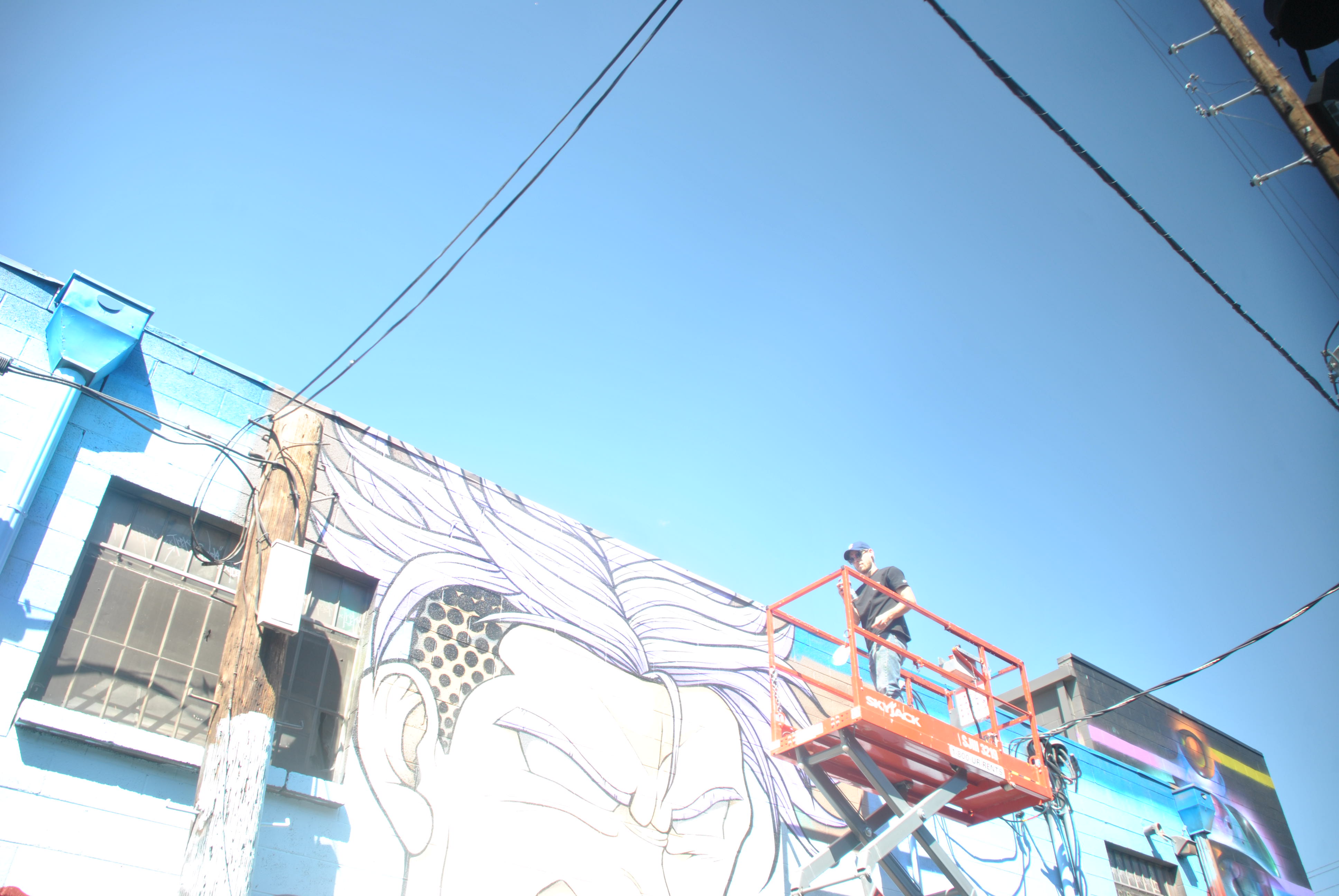 More Than Vandalism: MDMN & Look At Collaborate for Colorado Crush

Walking along the streets of Five Points neighborhood in Denver, Colorado I notice a haphazard outline of some unknown figure spray-painted on the side of a building. As I examine the unrecognizable figure, I begin to scan the substantial 20 x 80-foot wall, in search of clues for what the lines may come together to create. As I watch the two artists methodically outline their soon to be street mural, it is clear that they are merely a fraction of the size of the massive wall they stand nose to nose with; a blunt reality that became clear to street artists Madman and Look At, as they participated in this year’s mural street art event, Colorado Crush.

The street art festival, held annually, invites artists around the world to decorate the already colorful streets of Denver. An art form that was once regarded as lowbrow graffiti artwork, has become a celebrated style in Five Points. From Los Angeles to Chicago and now to Denver, Madman and Look At’s well-known collaborative murals command the attention they receive from passersby.

The street art duo, also known as “The Lost Boys,” have distinctive pop art styles that complement one another  – usually composed of superheroes, women shooting lazor beams from their eyes –  with the use of vivid colors and science-fictionesque subjects.  The vast, stark, alley wall on the corner of 27th and Larimer, stands as Madman and Look At’s largest outdoor canvas to date. The duo took to the wall for five days in order to finish it for the festival that would take place over last weekend, September 19-20. 12-hour days, five days in a row, a lots of aerosols, and the occasional, but very necessary Voodoo donut breaks, Madman and Look At threw up another gorgeous and well thought out mural.

Madman’s green-skinned, smokey-eyed character and Look At’s blonde-haired, cream-colored subject became clearer with each day the artists worked. Watching this transformation from an empty canvas morph into the detailed characters within only a few days, these Los Angeles based artists managed to create a uniquely vibrant piece of art that had bystanders gazing in awe.

We had a chance to stop by as the two artists worked out the wall last week. Check out our gallery to see photos of the walls progress from start to finish. 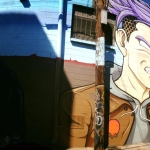 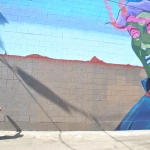 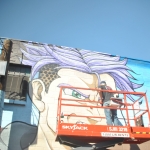 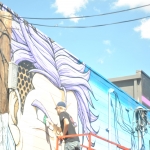 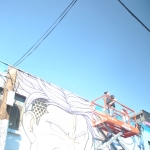 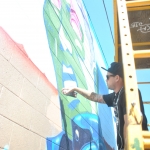 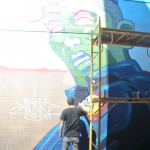 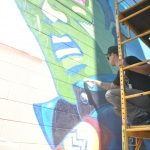 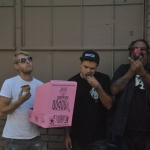 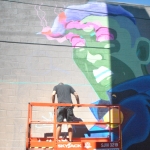 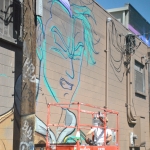 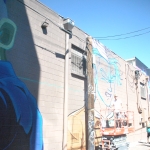 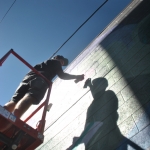 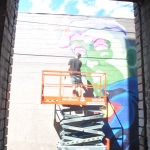 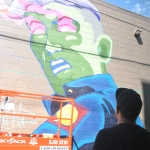 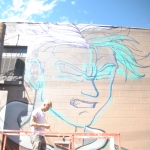 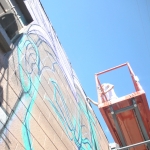 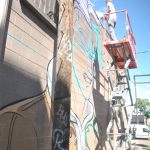 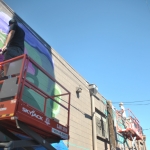