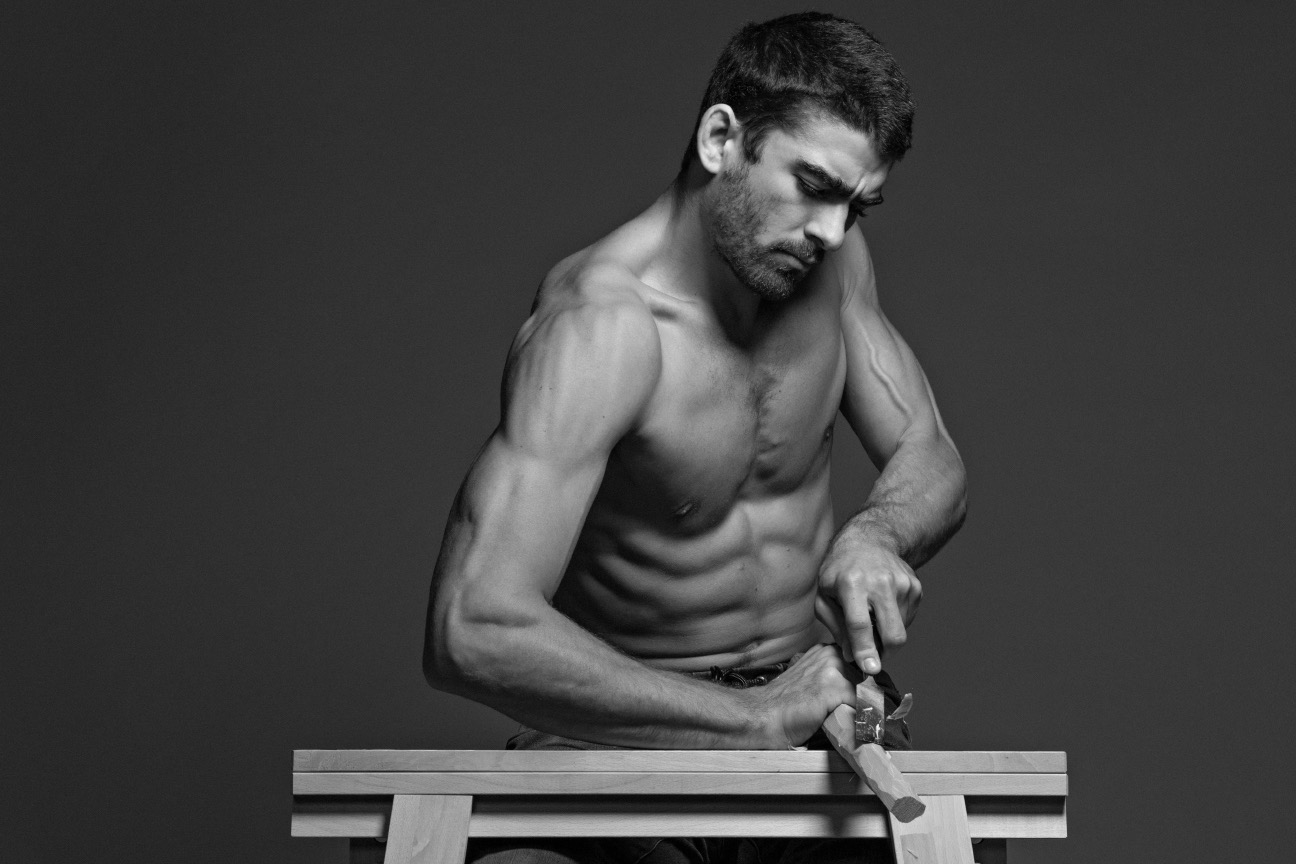 Endurance is a learned trait. It’s not something that only athletes can achieve, nor does it take the utmost physical strength, but rather simply, demands resolve. Endurance requires a firm resolution to do something without giving way, and ultimately teaches you to see yourself as someone who can choose to engage in difficult things, get through them, and evolve in consequential ways. It’s a characteristic that Brooklyn-based artist Ramsey Chahine knew he wanted in his life, and devoted the entire year of 2016 to learning and achieving. 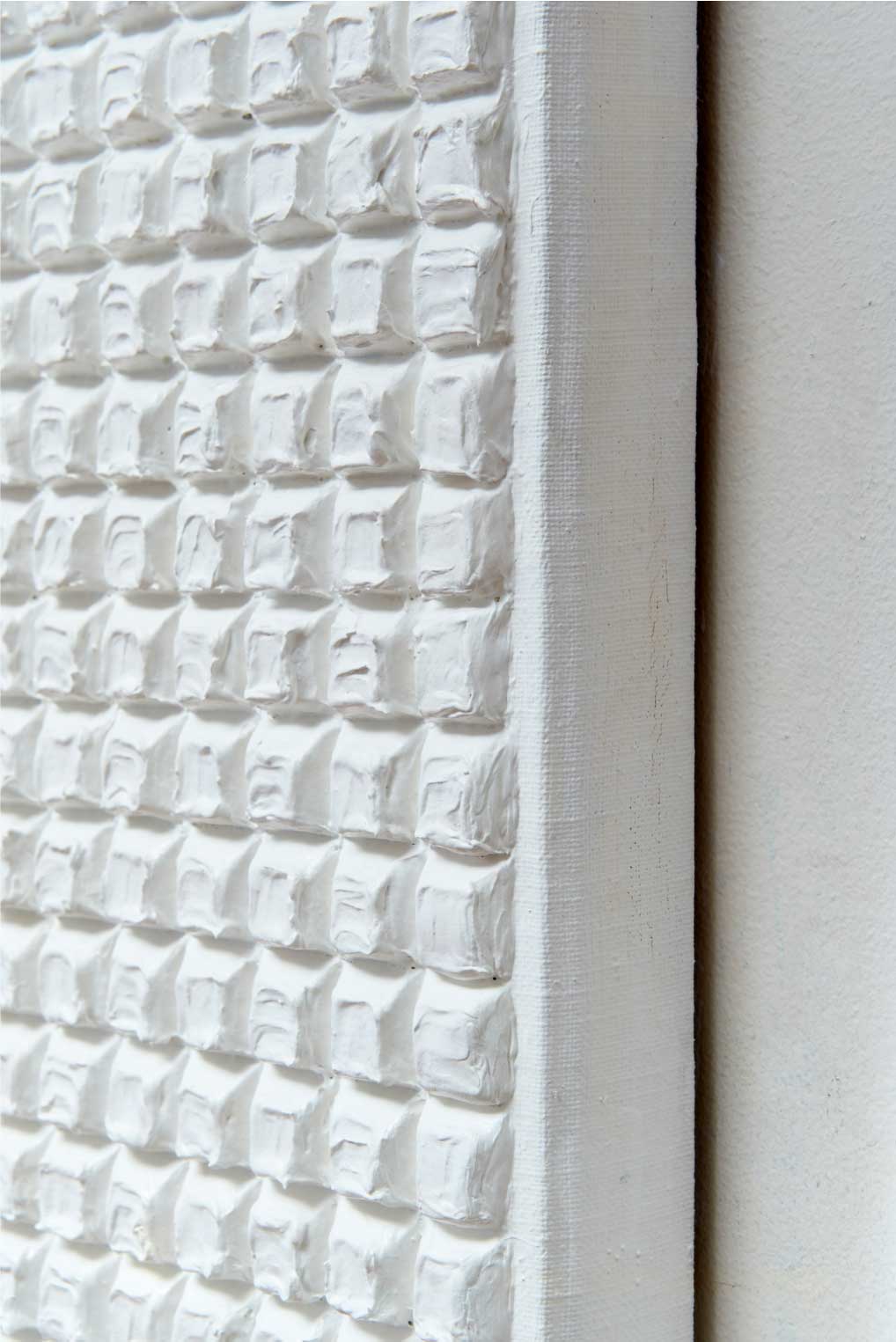 Detail of The Endurance Painting

Everyday Chahine stood in front of the same 72×48-inch “Endurance Painting,” swiftly and methodically fashioning one-inch squares side-by-side onto its linen canvas. One layer of white squares — 3,456 units — eventually turned into six, and after several months Chahine had meticulously painted 20,736 squares on what had become a substantial 88lb painting. At the heart of his experience was not only his absolute resolve to begin something challenging and see it through without wavering, but also utilize his craft in order to develop his own potential.”One very important aspect of this process was selecting a task that made sense with these concepts of patience and endurance, and could easily reveal them,” says Chahine. “I had to find a good metric to measure my progress and demonstrate a level of real labor. This is how I ended up with the grid — each square is a single unit, the more units painted means the more work put in; the more work, the more time and effort; the more time and effort, the greater the challenge.”

An ultimate test of endurance, “The Endurance Painting” became a lesson in self-discipline and dedication, and a way for Chahine to better understand how to break down the physical and mental limitations we subconsciously place on ourselves. “One of the biggest obstacles that developed over time was keeping my arm from getting fatigued, which would inevitably happen every day,” says Chahine, recounting his experience. “There’s a pain you get when you keep your arm up like that, it runs from the base of the skull along the trapezius deep into the shoulder blade.”

Each day, that same pain and fatigue would set in, and Chahine would think of how great it would be to be able to switch hands whenever one arm got sore; if only his left hand could paint with the same vigor and precision as his right. Having grown up wrestling and participating in jiu-jitsu, Chahine always carried one incredibly vital principle with him: it’s one’s duty to develop his or her own weaknesses so that their opponent can’t exploit them. With this in mind, Chahine set out to cultivate his left hand into an equally effective and agile counterpart to his dominant right hand. 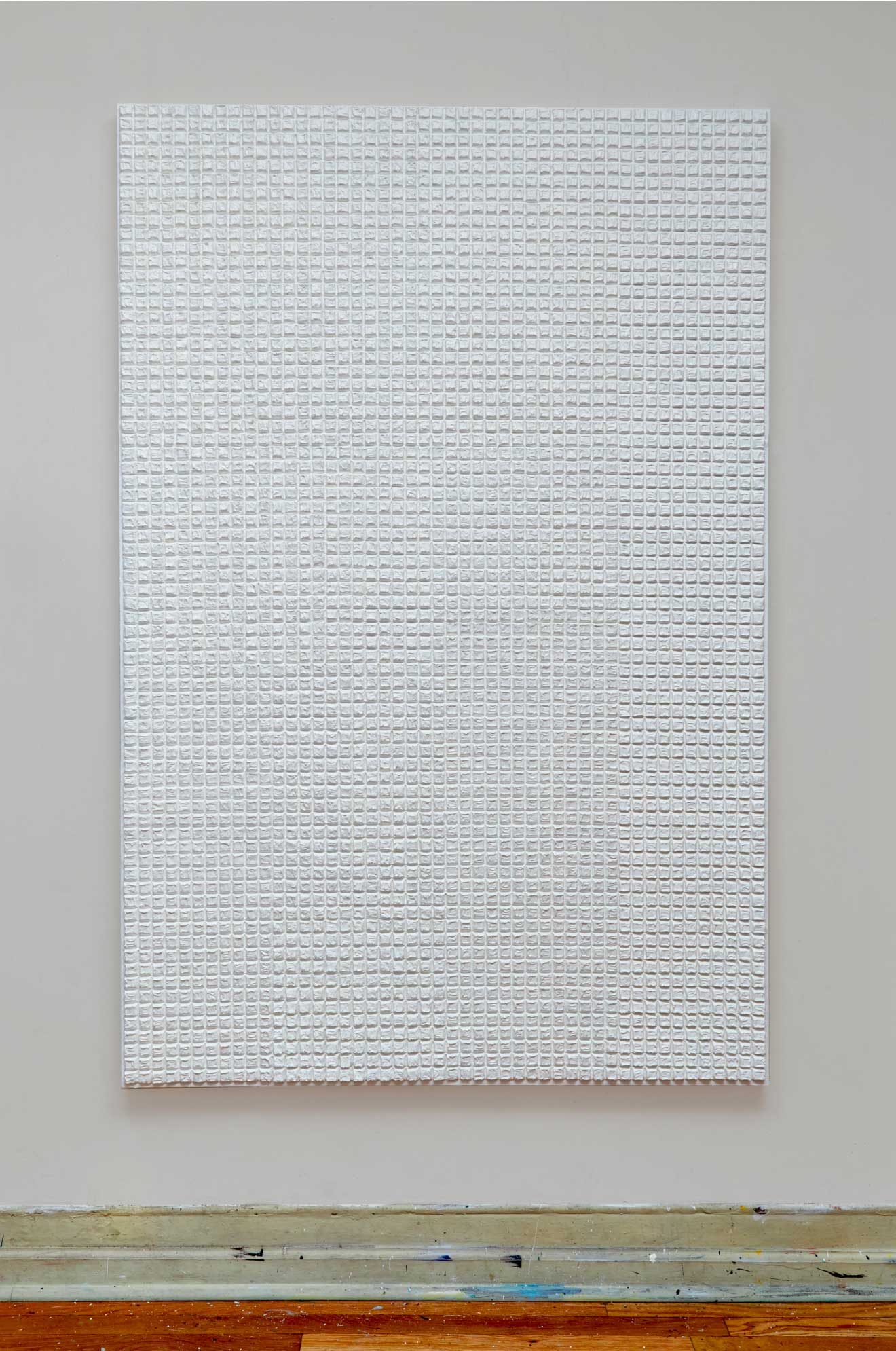 “When I finished ‘The Endurance Painting,’ it was clear that a left-hand project could likely apply the acquired skills of patience and endurance, and maybe further evolve them,” recounts Chahine. “Whenever selecting a task I think first and foremost of creating a powerful image. I knew I could produce something powerful with this pursuit, because to really paint with my left hand meant I’d have to make a painting that showed it.”

For Chahine, the evolution from “The Endurance Painting” to his current exploratory two-handed paintings, where he sometimes will actually paint with both hands simultaneously, was completely natural. One painting just inevitably led into the next, allowing for Chahine to build on his newfound patience and self-discipline. Chahine’s working process is unlike that of other artists we’ve encountered; it’s one that is a succession of undertaking challenges and overcoming obstacles. “The Endurance Painting” was Chahine taking on the challenge of learning patience, self-discipline, and increasing endurance; one of the obstacles was finding a way to paint so that he could do so for extended periods of time without wavering to fatigue and pain. The obstacle ultimately led him into the process of making “The Left-Hand Painting”. 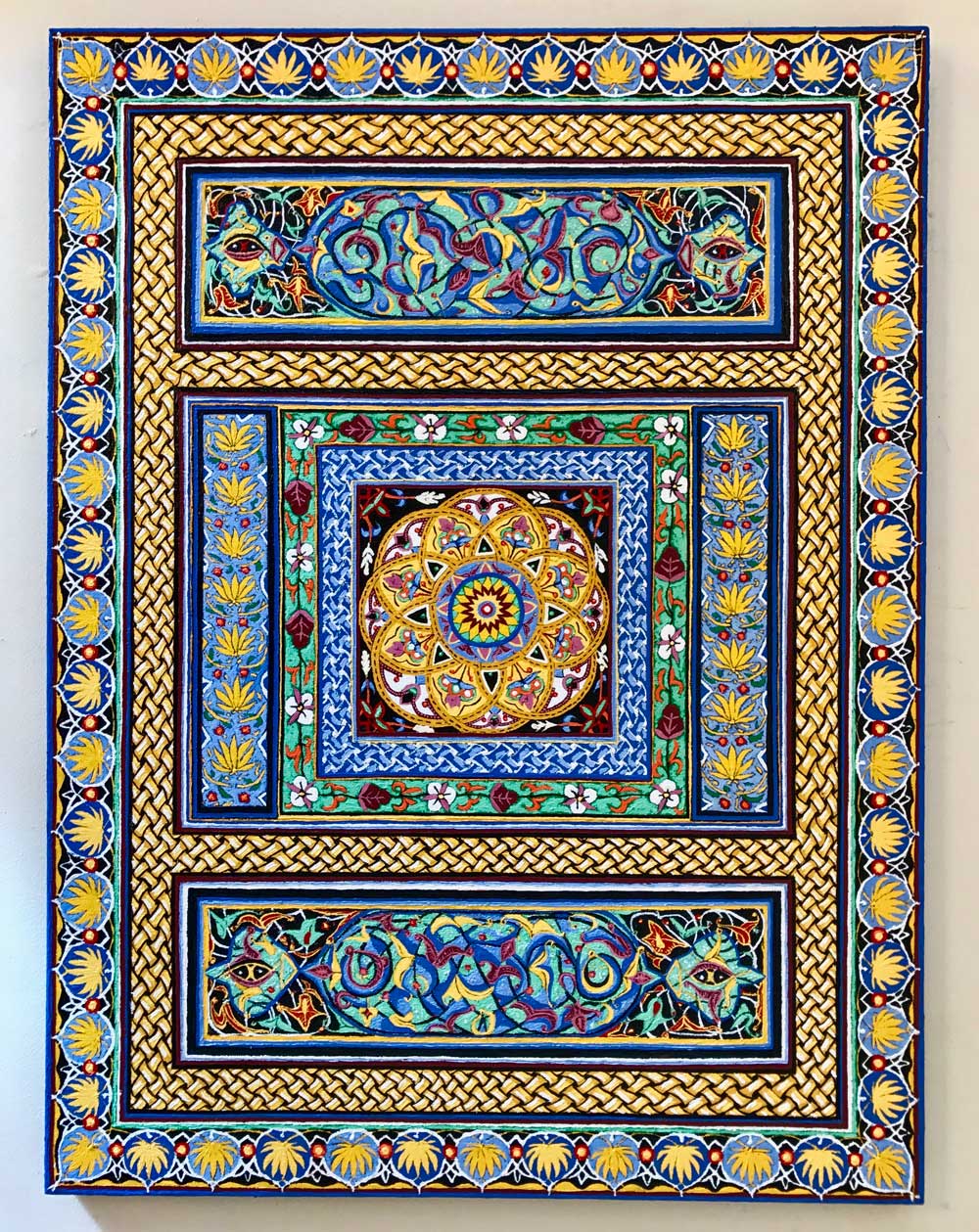 “While in the process of making the ‘Left-Hand Painting’, I knew I wanted to paint with both hands on the same canvas to compare them against each other,” explains Chahine. “I’ve made four of these “Two-Hand Paintings”, all of which are split down the middle, with the left hand painting the left side and the right hand painting the right. Sometimes I’ll paint with both hands at once, which is a very difficult, mind-bending task. Most the time I switch back and forth.”

This new series of two-handed paintings is quite impressive as Chahine depicts the ornate and intricate details and patterns of ancient Persian designs, offering no easy feat for someone who has just started to explore painting with both hands. While the experience of making “The Left Hand Painting” and subsequent “Two-Hand Paintings” hardly comes close to the hardcore monotony of “The Endurance Painting” the process has been useful in demonstrating the mechanical and stylistic differences between his two hands, which are subtle and truly only noticeable to a discerning eye. 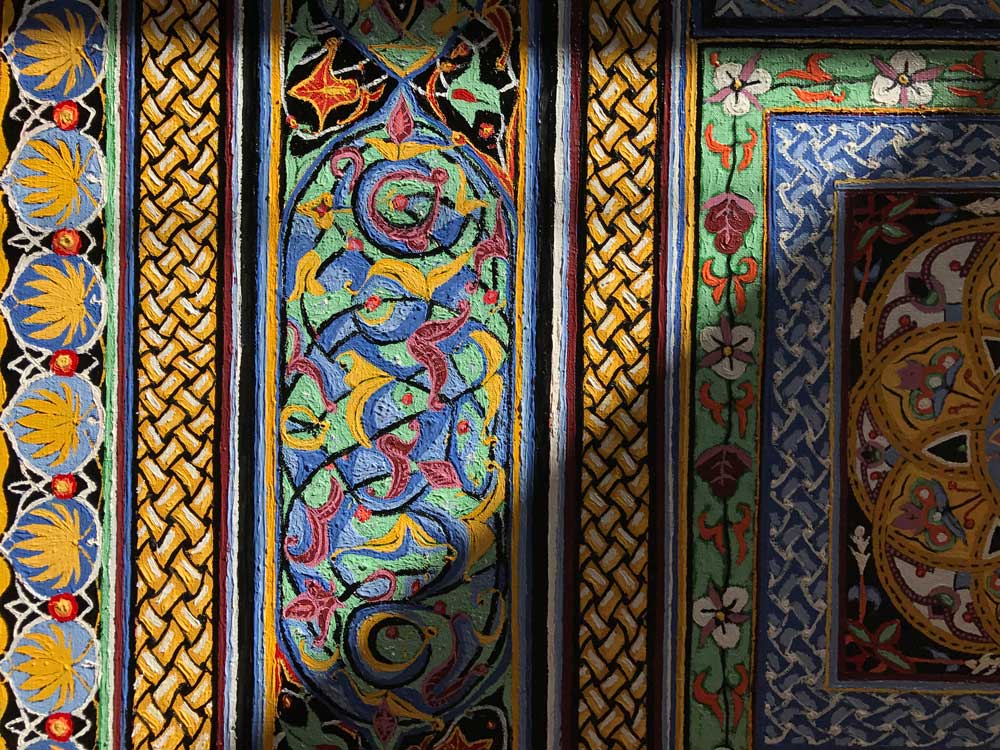 What has been most enlightening for Chahine throughout the entire process — from “Endurance Painting” to the “Two-Handed Paintings” — is his continued understanding of what it means to be one’s own teacher. Chahine started painting by chance one day several years ago, and has not stopped since. He was initially drawn to painting because he saw it was a great opportunity to learn. “When you assume the responsibility of being your own teacher, you can teach yourself whatever you want. This is a luxury of self-ownership. In the 21st century all the information we need is lying right there for us to do whatever we want with it. There are no good excuses. If you want to learn to do something, you can do just that.”

Chahine’s eagerness to learn and evolve as not only a creator, but also a person, is undoubtedly what fuels his work. His desire to accept an opportunity to learn, undertake a challenge, overcome the obstacles involved, and learn along the way has simultaneously spurred his pursuit of self-development and self-actualization, while yielding artwork that clearly demonstrates his unique journey. 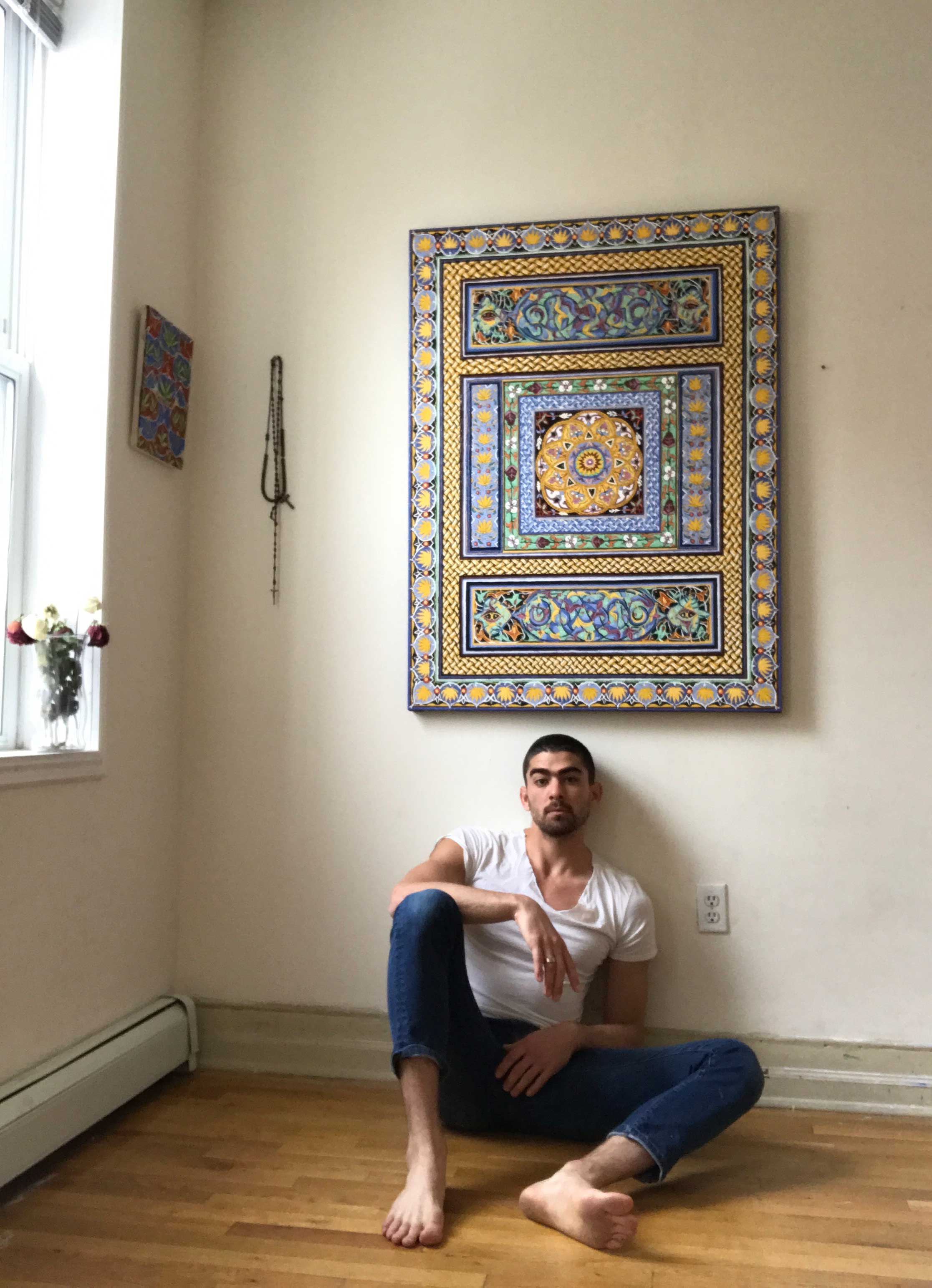 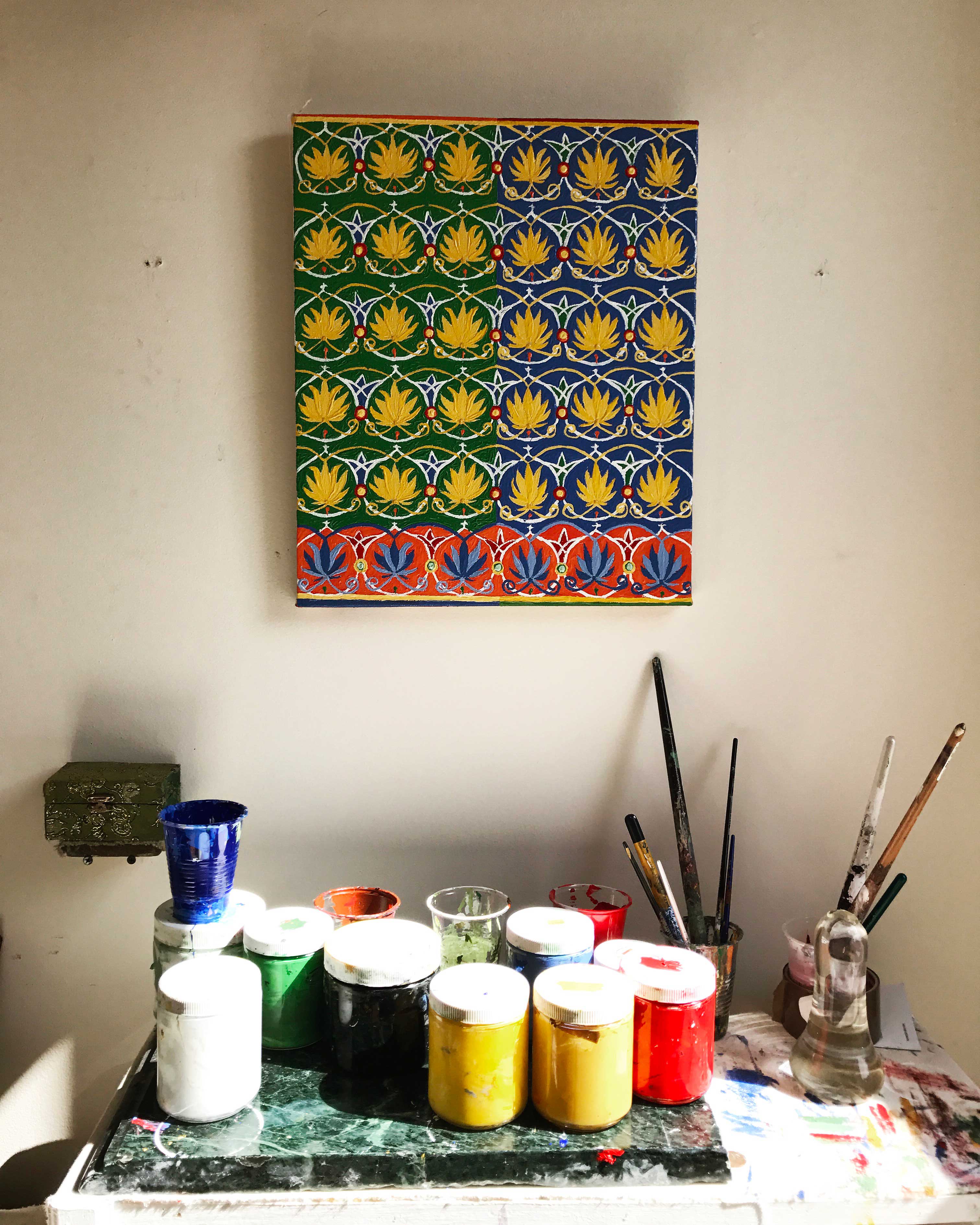 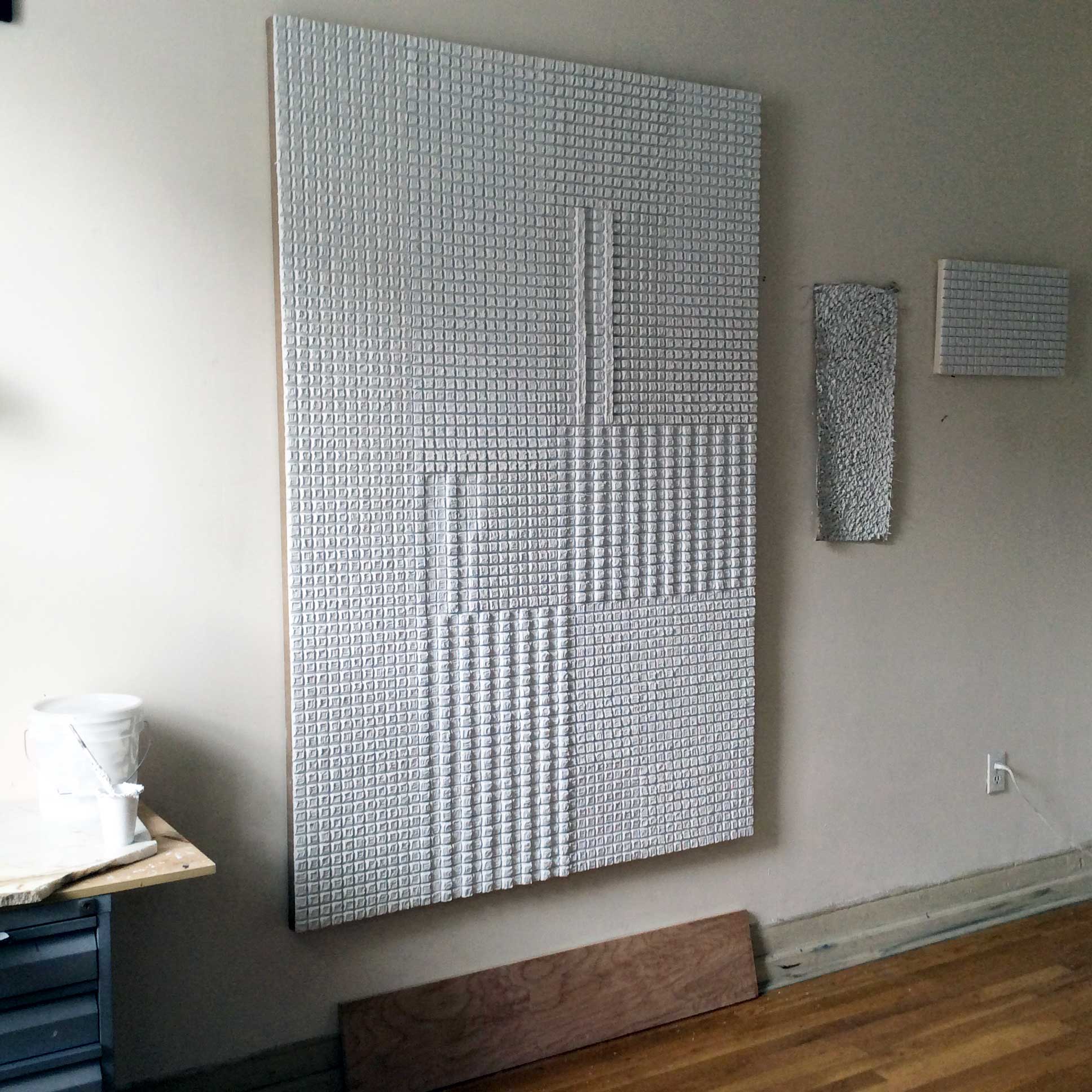 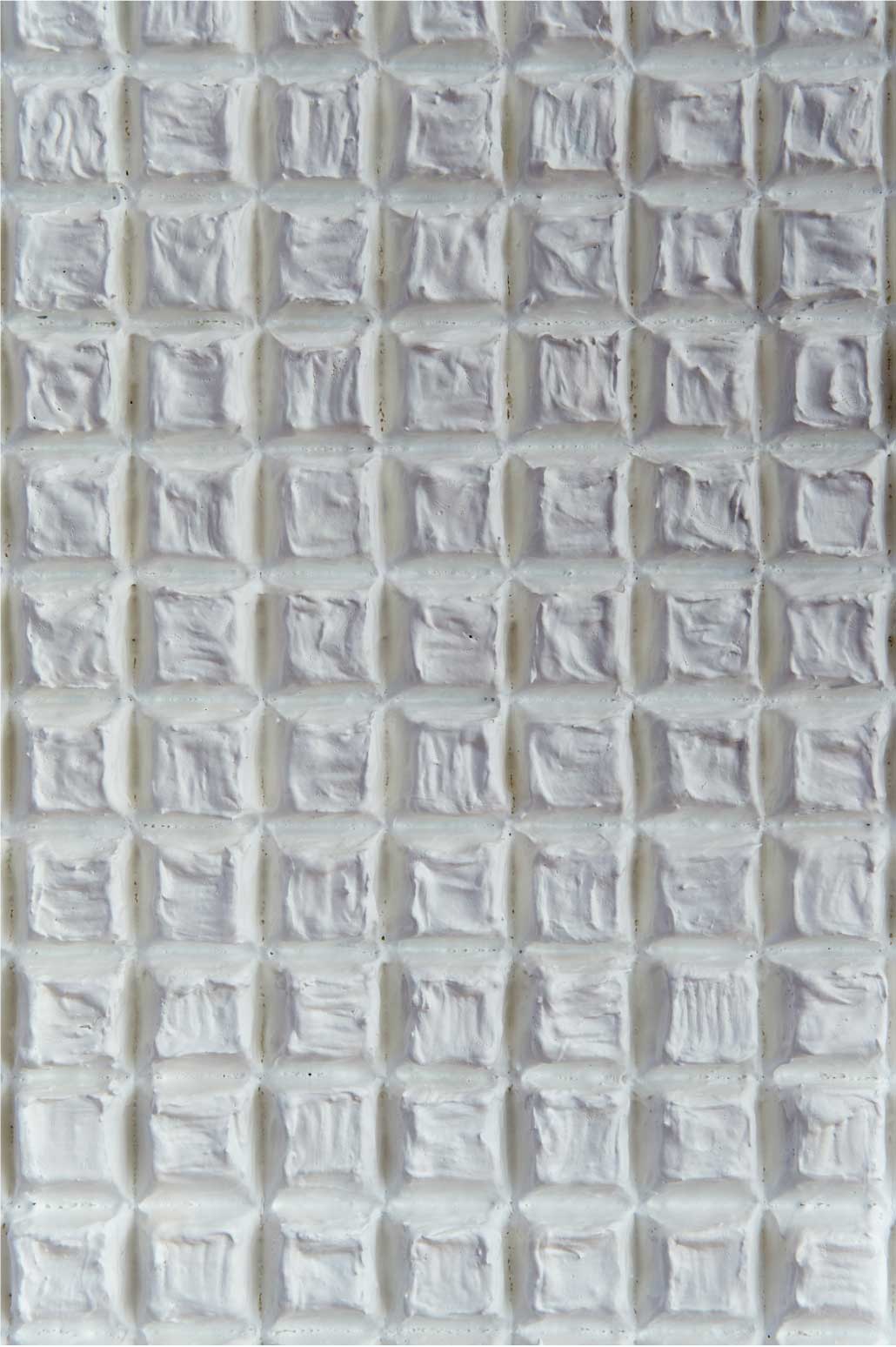 Detail of The Endurance Painting.