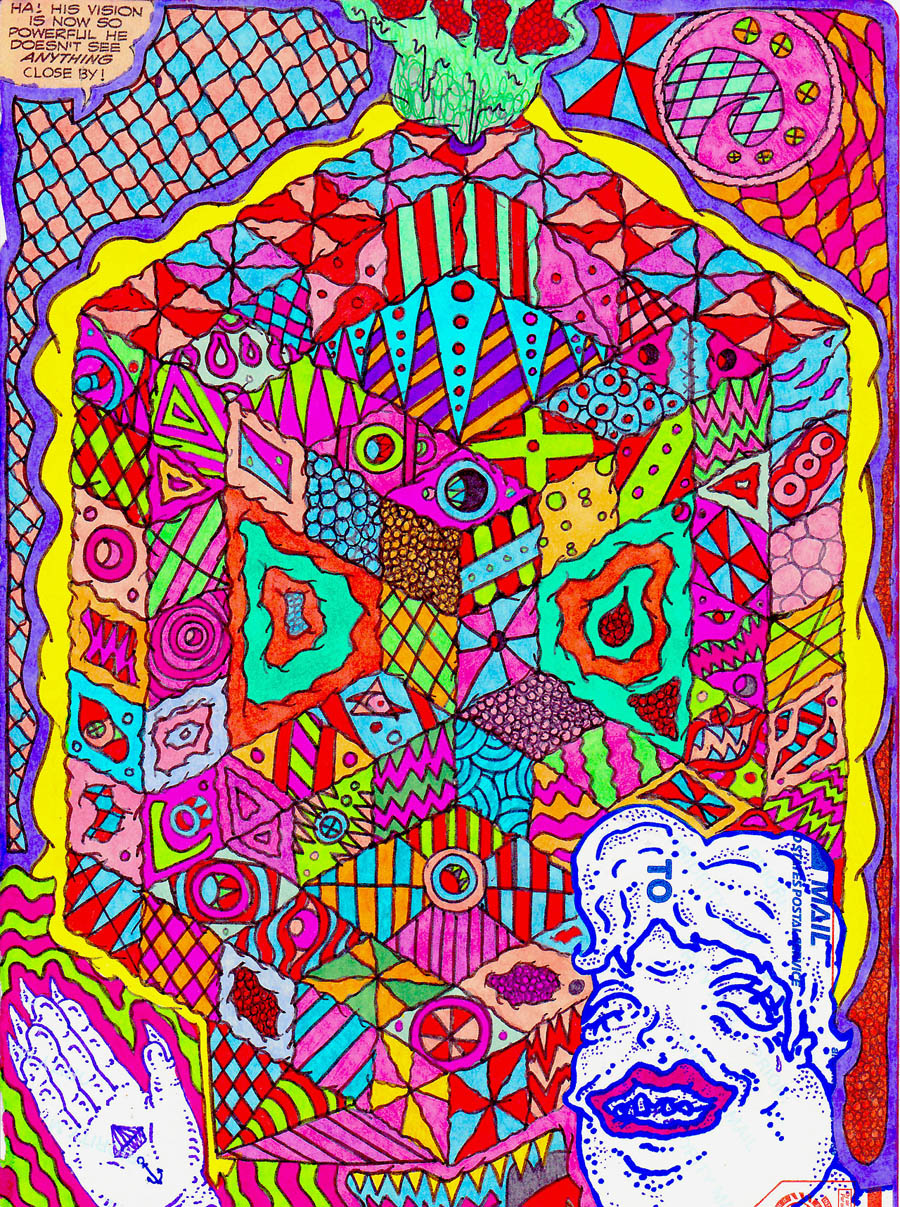 Vibrant pulsating colors and shapes dance around the face of a stranger, smudging and oozing into a distorted masked figure of energy as magenta and yellow outline the secreting heat, creating a vibration of light and color. Familiar to that of a smooth trip, Acid Bath’s creations see beyond the white-washed preconceptions to illustrate a psychedelic alternative.His complex drawings and mixed media collages are visual metaphors for the illusionary state we as people are subjected to by our material desires, yearnings, and instilled belief systems. His work addresses issues of perceived power and its consolidation by a selected minority, the psychological, social, spiritual, and cultural effects that are visible on both micro and macro levels. Our current sociocultural dynamic is one that encourages continual separation and division within our communities, environments and true selves, Acid Bath’s pieces are starting points for conversations whose convergence is essential in bringing people together.

When I start drawing its usually at a very random moment. Sometimes I wake up in the middle of the night at 3am and get inspired to make something, and other days I squander and waste my time till midnight, until finally getting into the swing. I just let my imagination flow unconsciously on to the paper until I get the desired result or end up trashing the project.

How did you originally get your start in illustration?

I started drawing early; around 5th and 6th grade. I got into trouble a lot in school, and as a result of my bad behavior my parents wouldn’t let me play video games or go outside as much. So I focused my time on making up my own comic books and drawing as a means of having a good time. It just seemed like the perfect loophole in my punishment. In my late high school years I started to evolve into a new style and messed around a little with graffiti, characters, and lettering here and there. Since a lot of kids at my school seemed to be into the same thing we would often collaborate or have friendly competitions. Seeing how unique and creative each individual was motivated me and pushed me to keep changing and experimenting with different styles.

Where do you find visual inspiration? Has your artwork always had a strong psychedelic element to it?

I usually get a majority of my inspiration from the Internet, usually on art websites and blogs, tumblr and Instagram. I’ve recently been inspired by Vaporwave Aesthetics, it’s a form of music and art that’s been on the rise since the early 2010’s. Google it or search it on tumblr. I make a lot direct connections to this genre of art and try to mix it with my psychedelic works. I also get a good amount of inspiration from antique books, retro cartoons, and visiting galleries. My work has always been evolving slowly but It wasn’t always so psychedelic, It just sort of transformed in late 2011 when I graduated high school, and experimented with mushrooms and LSD, to see if it would provide a different perspective with regard to my art. I felt like I hit a wall and kept doing the same things over and over in my work, so the psychedelics contributed to the reinvention of my imagination and helped me break away and take my art in a new direction; separating myself form the kids that seemed like they were into art for the hype, and not for the passion.

Browsing through your work online we see a lot of religious references. Can you tell us a little more about your relationship with this imagery? Has it always come into your pieces?

I use a lot of these religious images because growing up I never really had any religion to believe in, and I have memories of asking my grandmother if God was a boy or girl. She told me God can be whatever I wanted it to be. That left me sort of confused, and continually questioning what to believe in, starting from an early age. I never really had an understanding of religion so I was just fascinated by the mysteriousness of it. I never really used direct inspiration of religion until recently because I thinks its inspired by the dark music, and 90s nostalgia I’ve been getting into more and more. I’ve stopped caring what people would think if I incorporated religious iconography, thinking people might be offended or be disturbed by it, but that’s actually what I love about creating each piece.

Color palette: always colorful, always bright, always psychedelic. Where do you see these colors and how do you think they contribute to your pieces?

Usually I get my colors from TV shows and retro comic books. My main sources would be: Super Jail, Courage The Cowardly Dog, Aqua Teen Hunger Force, and Liquid TV from back in the days. I also get a lot of color schemes from old school video games too. I think the colors contribute nicely because it’s a way for me to pay homage to all the illustrator and lowbrow artists from the 90s. It’s like a subliminal way to keep that era alive through my own work.

What variations of inspiration do you find in San Francisco?

The people and the diversity amongst them. You never know who your bound to run into. I mean you see all different aspects of life, from the hipsters, skaters, artists, athletes, hypebeasts, techies, homeless, gang members, all the way up to the rich and fancy. It just makes you want to get out there and live, and find a way to share something that can cut across all demographics in some way or another.

So how did your name, Acidbath, originally come about?

I was trying to think of a perfect name to represent my artwork, and while on YouTube a while back I ran into this sludge metal band called Acidbath that was active and making demos and compilations from 91-97. I thought it would be cool to steal the name since they no longer make music and we work in vastly different fields. It’s sort of another homage to a generation that helped inspire and raise me. I also thought the name was perfect because I also used acid to help inspire my work and each piece is bathed in psychedelics.

You have your second art compilation book coming out this year, do you have a specific release date? When and why did you originally decide to start making books that would exhibit your artwork?

Yeah, I’ve been holding off for a while on the details, but I recently got back in the studio to finish up the last few pieces, and the first hard copy is being processed and is on its way as we speak. But it will be available to the public in early October, not for sure date but it will definitely be out before Halloween. I decided to make books for myself, and to use as a portfolio to share with galleries, art schools, and those that may be interested in buying a copy. It also allows potential buyers to have direct access to the pieces in my current collection.

Tell us a little about this second book, Symbiosis, how many total works? How long did it take you to compile and create the content we will find within its pages?

Symbiosis is actually a large compilation of three different series of art I did over the last 3 years. The first series is my early work, which I call Shrooms And 90’s Cartoons. The second series Is Called Chaos Theory The Lost Entries. The final and more recent series is entitled Paradoxical Visions. By fusing them all together I created Symbiosis. Each series contains about 20-25 works, and I’ve also thrown in some collaborations I did in between projects. I would say Symbiosis contains about 75-80 original pieces, but its not limited to art work; it will also include photos from art shows, background info, and also an older interview I did a while back.

What are some 90s cartoons that you absolutely love and used to watch, or still do watch?

Well damn, this is probably my favorite question so far, well just to be fair I’m going to name a few of my favorites from each network, so for Nickelodeon: Ren & Stimpy, Doug, Rocket Power, Catdog, Ahh Real Monsters, and Rugrats. For Cartoon Network: Courage The cowardly dog, Dexter, Billy and Mandy, Freakazoid, and of course I used to love DBZ On Toonami after school. Disney had few cool ones too: Talespin, Duck Tales and Recess. Not to mention Fox Kids had some good ones too: bobby’s world, Street Sharks, Spiderman, Godzilla, Sonic, and Woody Wood Pecker.

We know that one thing your work is influenced by is graffiti, did you ever dabble in the it yourself? do you ever get up around San Francisco? Who are some of your favorite graff artists?

I did paint a little back in high school, but I always had bad luck when it came to graffiti – getting caught trespassing, stealing and fights, and just being in the wrong place at the wrong time. I wanted to do something more positive that could help inspire people. I do appreciate the Bay Area graff scene for keeping the streets vibrant, and throwing art in people’s face that they wouldn’t see on a normal daily basis. I dig a lot of the work my homies are doing and a lot of the young guns around the bay, like HAM, MOPE, MONKIJUICE, ALRAD, NOFACE, JASN. IMP, STANER. 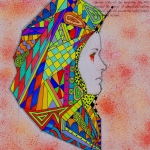 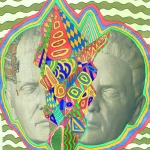 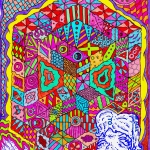 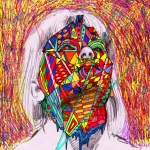 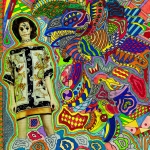 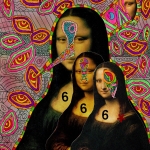 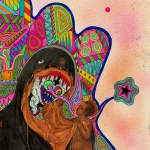