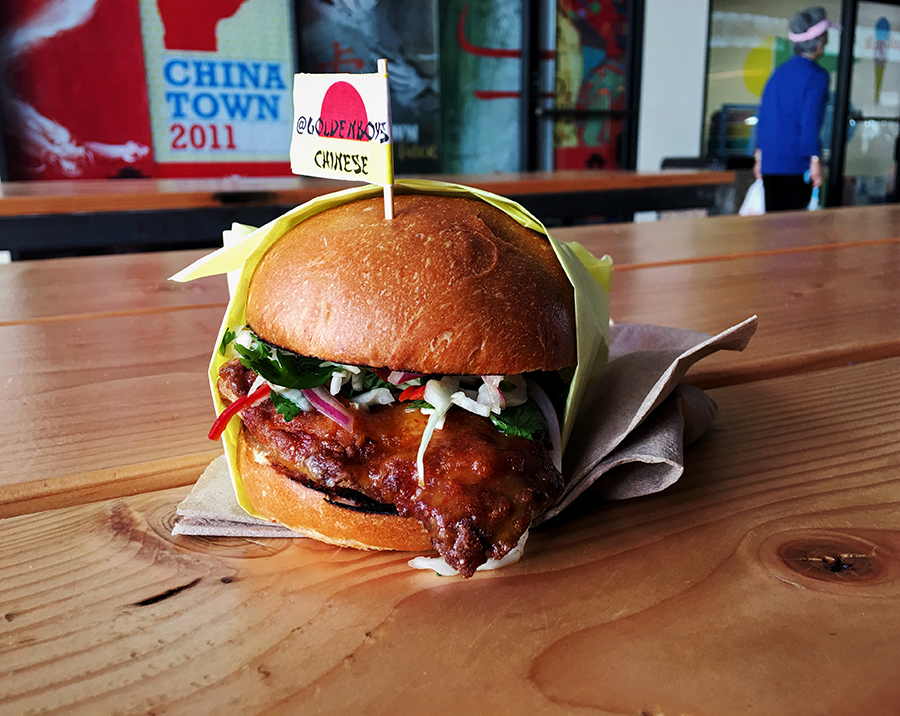 Unit 120 feels like home to me. You would think the last place a cook would want to be after a long, exhausting shift in his own kitchen would be another kitchen. However, when I walk through the swinging door into Alvin Cailan’s kitchen, weary and sore, suddenly I’m happy.  His smile and personality fill the room. Everyone works calmly, but with an undercurrent of excitement. A moment before, I was ready to limp home and work on my next kitchen schedule / inevitably pass out on my couch. Now I want to jump in and help with dishes, or chop veggies. Anything I can do to be a part of this community. Whether it’s pizza night or a just-bring-by-a-bottle-of-wine-and-talk-shop-night, I will be here.

This is a different world from Alvin’s crazy popular Eggslut in Grand Central Market and the Cosmopolitan in Vegas. Creating a Culinary Incubator is already a noble concept in a city that chews up new chefs, spits them out and sends them back to the kitchen with a particularly nasty Yelp review. To have the opportunity to test your dishes, menu layout, and team for an audience that is excited to discover something new is already amazing. Having this experience, before being locked into a lease, or relationship with an investor or partner you hardly know, is the most valuable thing anyone could do for the entrepreneurial chefs of Los Angeles. Unit 120 allows ‘foodies’ the opportunity to experience an up and coming chef’s menu, and gives LA’s gaping maws the feeling of ‘being in on’ something. Anyone can see a chef start from nothing and work their way into a full restaurant, while feeling like they are taking the journey alongside the chef and their team.

A restaurant is a family, and being involved – from the beginning – can make the diner a part of it. LASA, the Filipino fine dining experience from brothers Chad and Chase Valencia is a prime example of everything Unit 120 set out to accomplish. They have built a fascinated following, phenomenal press, and have three nights a week to run a restaurant while building their team. This has enabled them to save and plan for a full time location, which they are about 6 months away from realizing.

It is called Unit 120 because that is the address in Far East Plaza, making it a blank canvas for each chef’s vision. I don’t know if anyone outside of the industry can fully grasp what an incredible opportunity that is. Trust me, it is a game changer for those intrepid idiots, like myself, who decide to pursue a career based on giving a shit.

Isa Fabro is another badass example of Unit 120’s success. In the two years since Alvin first experienced one of her desserts during a birthday dinner at Orsa & Winston, he has been looking for a way to work with her. When Isa moved on from her position and spent a month in the Philippines, reconnecting with her roots, the opportunity presented itself. She took Alvin’s challenge and made a pastry that “was her.” It turned out to be “Coconut Malas,” a filipino doughnut with fleur de sel and coconut chips . From there, Isa created her original spin on classic delicacies including her take on the “Halo Halo” which took Coachella by storm this year. 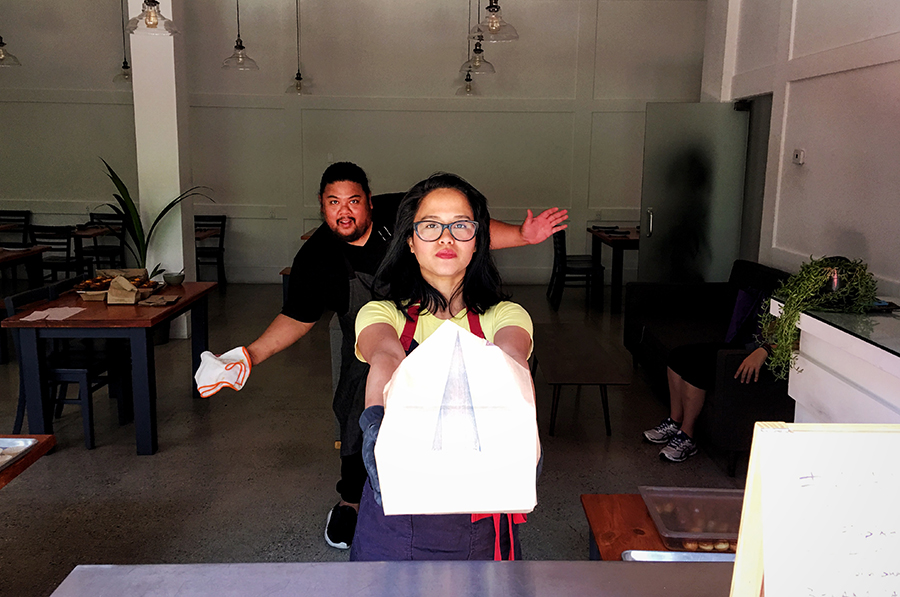 Isa Fabro and the Irrepressible Alvin Cailan at Unite 120. Photo by: Dana Benoit

Alvin has even been able to use the space to incubate his own concepts, including Amboy; a take-out window serving his delectable Los Angeles-influenced take on Filipino street food. Pork belly, chicken, and that goddamn, whole grilled Pompano, served with tender but chewy rice, wrapped in banana leaves. This is Alvin’s gift to those who truly love food. Who become giddy children when presented with these perfect simple dishes that flood the senses with nostalgia; you know, that happy memory of being a 10-year-old eating the fish you just caught, and cooked over a campfire. The layers of flavor and texture rival the greatest restaurant meals I’ve ever had. Get it while you can. Rumor has it, Amboy will eventually phase out to find a new brick and mortar home. 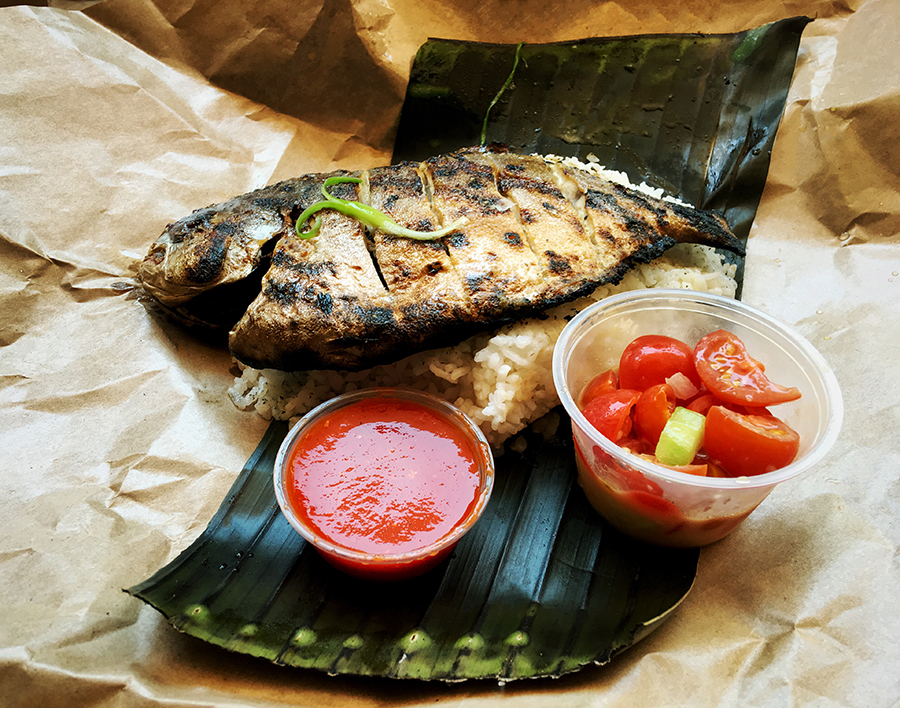 In each case, the underlying element is the family and community that has been created here. At Unit 120, we don’t stand around the counter, talking about wage increases or the improbability of financial gain. We talk about what flavors we are playing with, what didn’t work, and what really knocked our socks off. We are proof that the only way to create something truly special is through community and shared passion.

Royce Burke is a Los Angeles-based chef that can usually be found grinding away in the kitchen at Chimney Coffee House downtown or hosting and preparing delectable meals for friends in his loft in the Fashion District. He’s become largely embedded in the city’s thriving community of explorative and cutting-edge chefs. This is his first article in a new reoccurring culinary column.

For more from Chef Royce Burke head to http://www.rogue.la/.