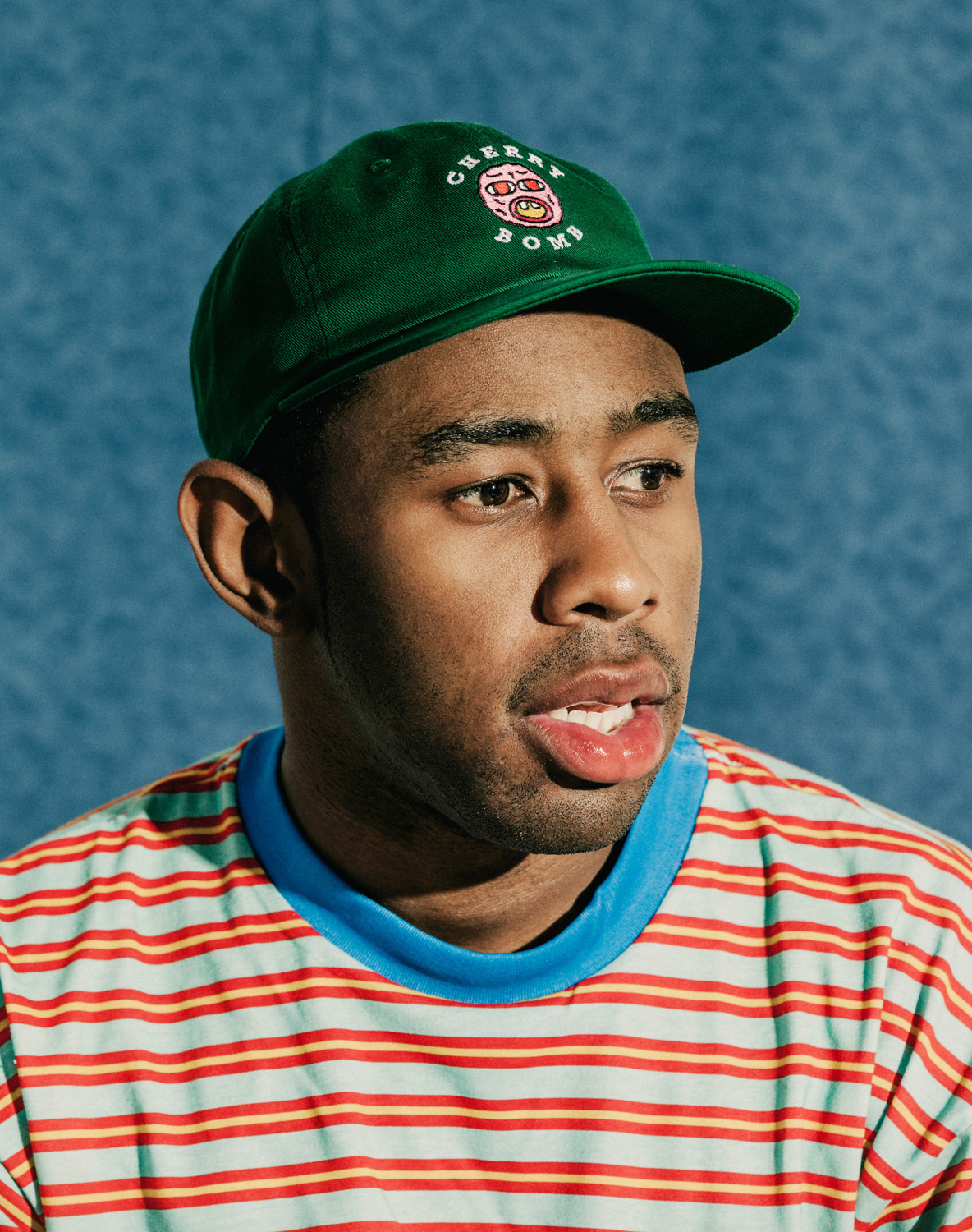 “I think first and foremost, everyone needs pictures,” says photographer Julian Berman. In other words, photography is more than just documentation or visual expression; it’s become a way for us to communicate. By elevating our generation’s visual repertoire, we’ve discovered a new language, a visual language that carries our culture forward. Having mastered our generation’s visual dialect, Julian Berman’s photographs target our imagination, test our objectivity, and seamlessly merge our visual and auditory senses. He’s photographed some of today’s most innovative entertainers and creative visionaries, and has re-defined our culture’s perception of celebrity. Although his job is to visually define some of these leading personas, he’s found a way to humanize his subjects, and bring them out of the spotlight, and simply into the light. His photographs have graced the covers, pages, and billboards of a variety of distinguished publications including Bloomberg Businessweek, Complex, the Los Angeles Times, the New York Times, Nylon, Paper Magazine, Billboard Magazine, and brands such as Adidas, Huf, and Golf Wang. While pictures often speak for themselves, they don’t always tell the whole story, especially the story of the person behind the lens. 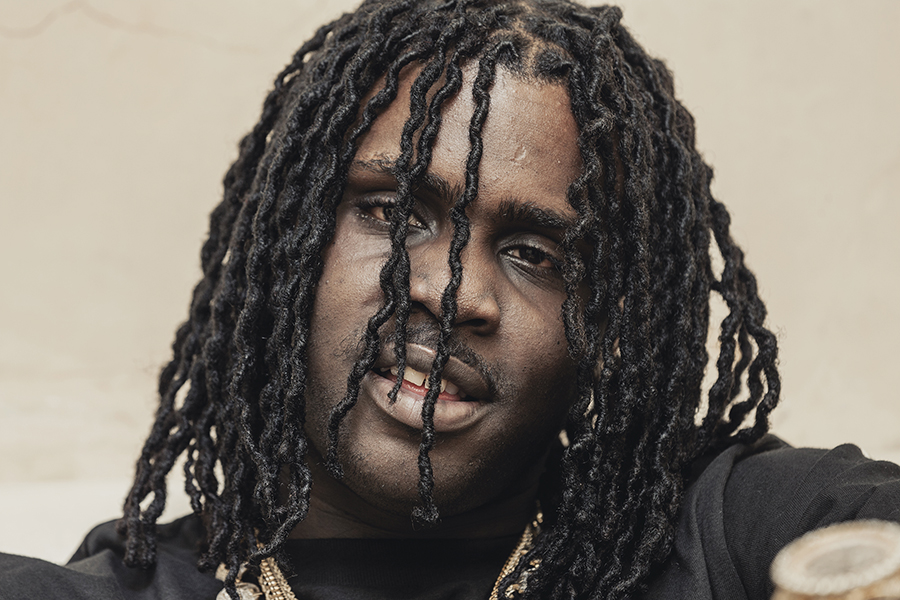 How did an average kid from West Hollywood end up documenting one of the most innovative contemporary crews in music, fashion, and entertainment? Like many of our readers and featured artists, it started with a skateboard. Deck in hand, Berman discovered he had a knack for photography his junior year of high school. What started out as a hobby, quickly turned into a career. “Skateboarding was the first thing I fell in love with. I don’t think I would have started taking photographs if it weren’t for skateboarding,” admits Berman. “All I wanted to do was skate and take pictures of my friends.”

Between 2010-2012, his friendship with Tyler, the Creator, and his proximity to Fairfax Avenue, a street that everyone in the Los Angeles skate apparel industry knows something about, presented him a platform to fuse the two loves of his life. “The Fairfax world was our thing, our world,” says Berman. “I went there everyday with my Hasselblad and shot everything. Tyler wasn’t getting stopped by anyone back then. This is really early on. It was just fun. Nowadays, Tyler and I only meet up for work.”

His hunt for inspiration offered him a ticket into Tyler’s inner circle, a family of friends and like-minded creatives known to most as Odd Future. Berman received immediate international exposure courtesy of his involvement with Odd Future, prompting his first cover on Billboard Magazine at only 19-years-old, and since growing his ever-expanding client base over the years. 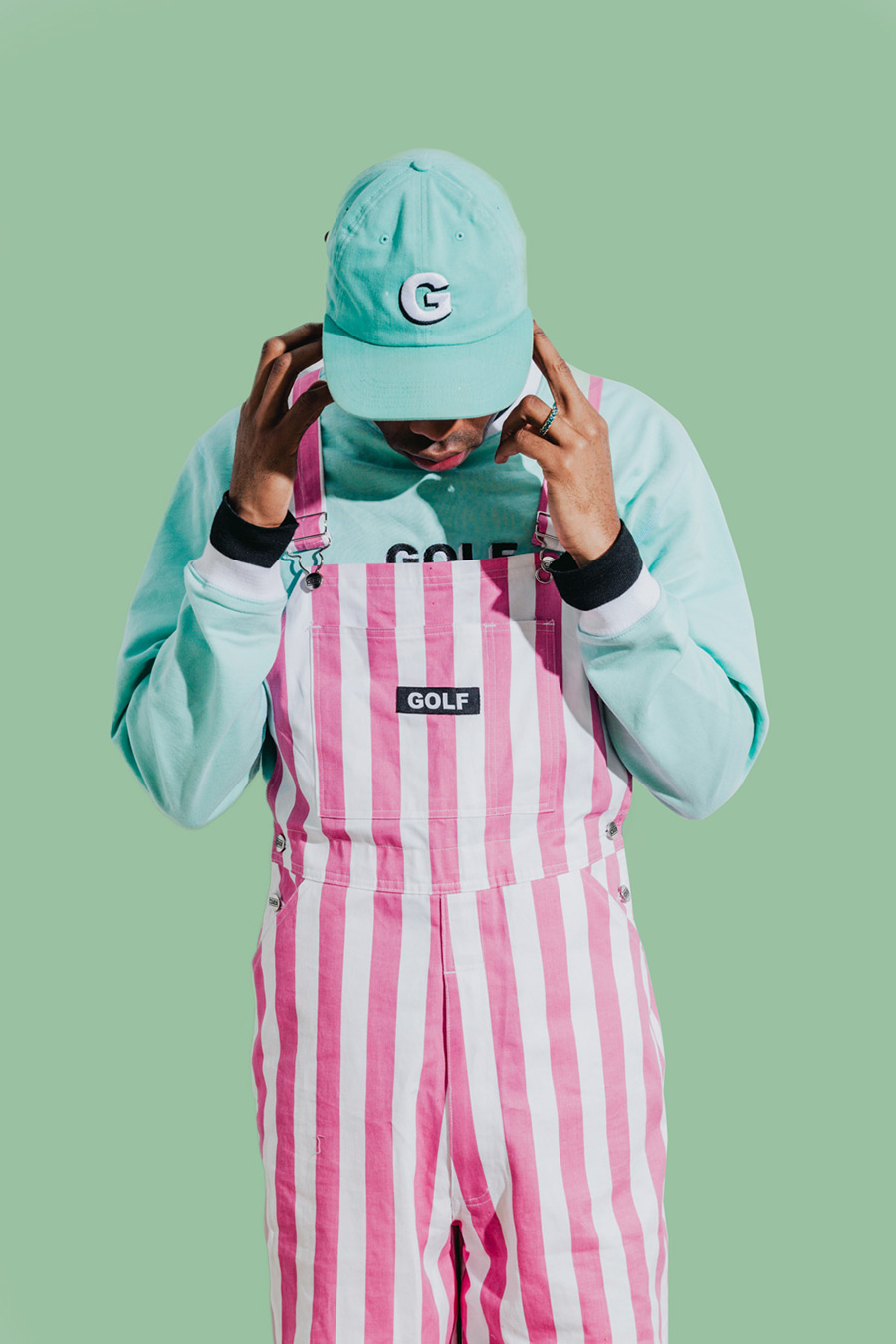 Immediately after discovering straight edge, hardcore in high school, Berman decided to commit to a drug and alcohol free lifestyle. “I’ve never drank or smoked before,” says Berman. “I knew it just wasn’t really for me. Once I found hardcore and listened to certain bands, I thought this is the tightest shit ever.”

Although Berman’s photographed some of our generation’s most popular entertainers who carry a certain reputation and persona, he’s managed to stay under the radar, away from Hollywood’s superficiality and focus on his career. “I don’t care about the likes or the notoriety. I don’t care about chilling with famous people. Half the time it isn’t e ven fun anyways. I care about working,” says Berman. “I shot some kid recently who rolled up with his whole crew, sipping lean. I’m literally shooting some rapper and his entire entourage is just sitting there not talking to anyone. It’s really weird. That’s why straight edge, hardcore resonated with me. I just think it’s the tightest thing. When I listened to Judge for the first time, that literally solidified me being straight edge for the rest of my life. Those dudes are so heavy, so sick! The lyrics are so crazy. ‘Those drugs are going to kill you if I don’t get you first,’ like what!”

After graduating from Pali High School in 2010, Berman enrolled in Santa Monica Community College. After a couple years, he dropped out of school and monetized his career without a college degree. “I didn’t learn anything from school. I was working back then so I was in a much different situation than my classmates.” He figured his career was moving in the right direction anyway, why stay. “To be honest, I didn’t want to put my parents through that kind of financial burden. But no one usually asks me where I went to college. Luckily, I was given a huge jump start,” says Berman. “I was fully over college at this point. I was asked to create a series so I printed some photos of Tyler at Walgreens. I just didn’t care. I skated to class because there was never any parking. I lined up all my photos and then put my cover of Billboard Magazine on the table. My teacher goes, ‘Why are you here?’ That put the biggest grin on my face. I told her, ‘I don’t really know.’ She told me I needed to go out there and do this. She was sick. I just left and skated back to my car and that was the last time I ever went to college.” 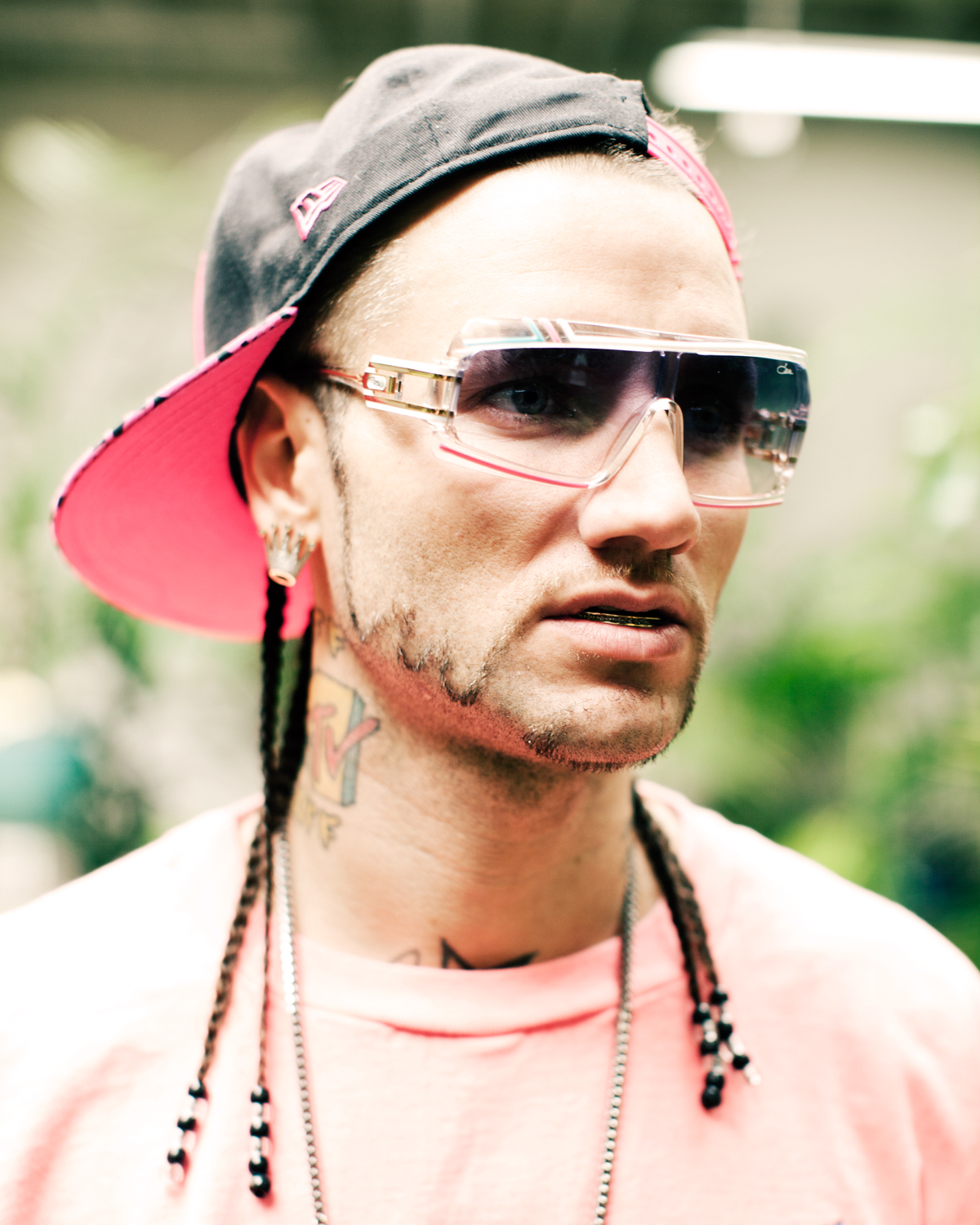 In theory, if Berman would have transferred to a school with a stronger art department, he may have gained a more objective or non-commercial understanding of his art form, but nonetheless he proved to everyone that he didn’t need an education to succeed. Since then, he’s demonstrated that a combination of professionalism, hard work, and effort can carry you a long way, even without a college degree.

Nuance, this tiny, yet telling detail that Berman notices, is at the heart of his work. His stylistic approach challenges him to work based on instinct and intuition. With only a few short years of experience, he’s mastered the art of portraiture, courageously conveying a trace of someone’s essence in a single image. In many ways, Berman’s background in mathematics play a role in how he sets up his shots. His keen sensitivity to line, form, and composition separate his photographs from his contemporaries and his use of negative space and visual mathematics play a part in how his viewers study each image. His advanced technical skillset, one he’s honed from watching YouTube and Vimeo tutorials, allows him to bend his own rules, creating a distinct style and signature aesthetic. His photographs take the viewer to a place of nostalgia, a state of mind we don’t often associate with commercial photography. He’s unafraid to confront his subjects, assert his point of view, and take stylistic risks. His use of color, visual symmetry, sensitivity to light and exposure, and attention to nuance are recognizable and integral elements to Berman’s stylistic approach. 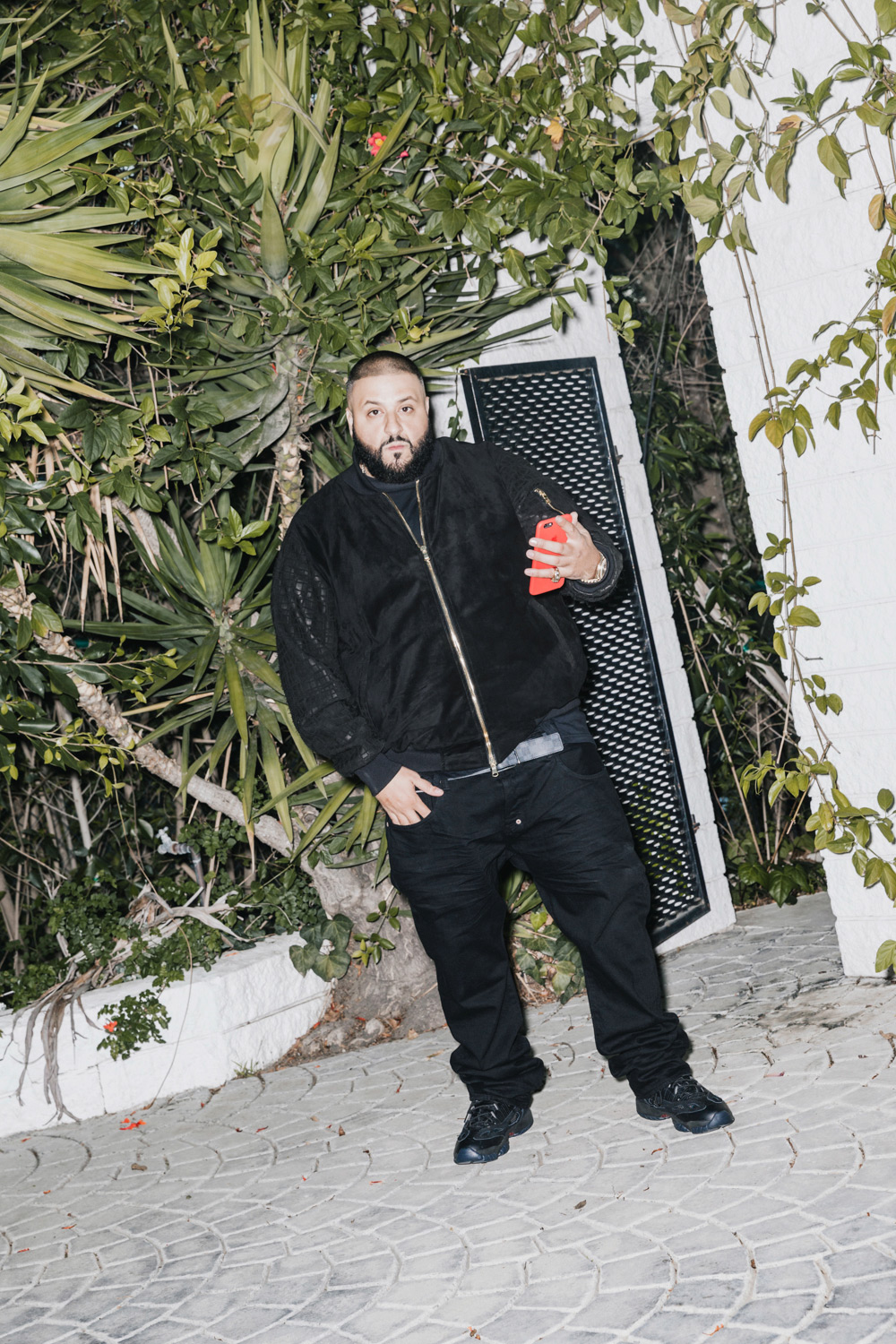 Julian Berman’s a work in progress, looking to simply “make it all work.” At 24, he doesn’t have it all figured out, but what he lacks in maturity, he makes up for in his work ethic and business saavyness. “My brain thinks very business orientated and that is why I’m able to be my own boss.”

Despite his undeniable, professional success, Berman hasn’t found much time to focus on his private life. Recently, he’s left little to no room to focus on his own personal practice. “I haven’t had much time to shoot for myself lately. I think it’s due to the fact that I’ve lived in Los Angeles my whole life. I’m not going to walk around Beverly Boulevard and take pictures of stuff. I need to go to another state or something. But even then, every time I travel I take like one picture.”

Although fellow photographers can somewhat identify with Berman’s resistance, it’s fair to assume that his work will potentially benefit from personal growth, self-discovery, and confidence in self-expression. His work will meet new heights if he gets out of his comfort zone and gives himself space to take more personal risks. The moment he begins shooting for himself, his work will develop beyond the editorial and commercial world and head into more conceptually driven territory. His work already contains the sophistication necessary for editorial photography, but also the depth and thoughtfulness desired in fine art. His raw and vividly expressive tonality has made his work distinctively his, but now it’s time for him to tread new waters. Julian Berman doesn’t need his well-connected network to take iconic photographs; he’s pretty iconic on his own. We hope to see his work develop as he gains maturity and confidence in encouraging his own personal narratives and relationships.