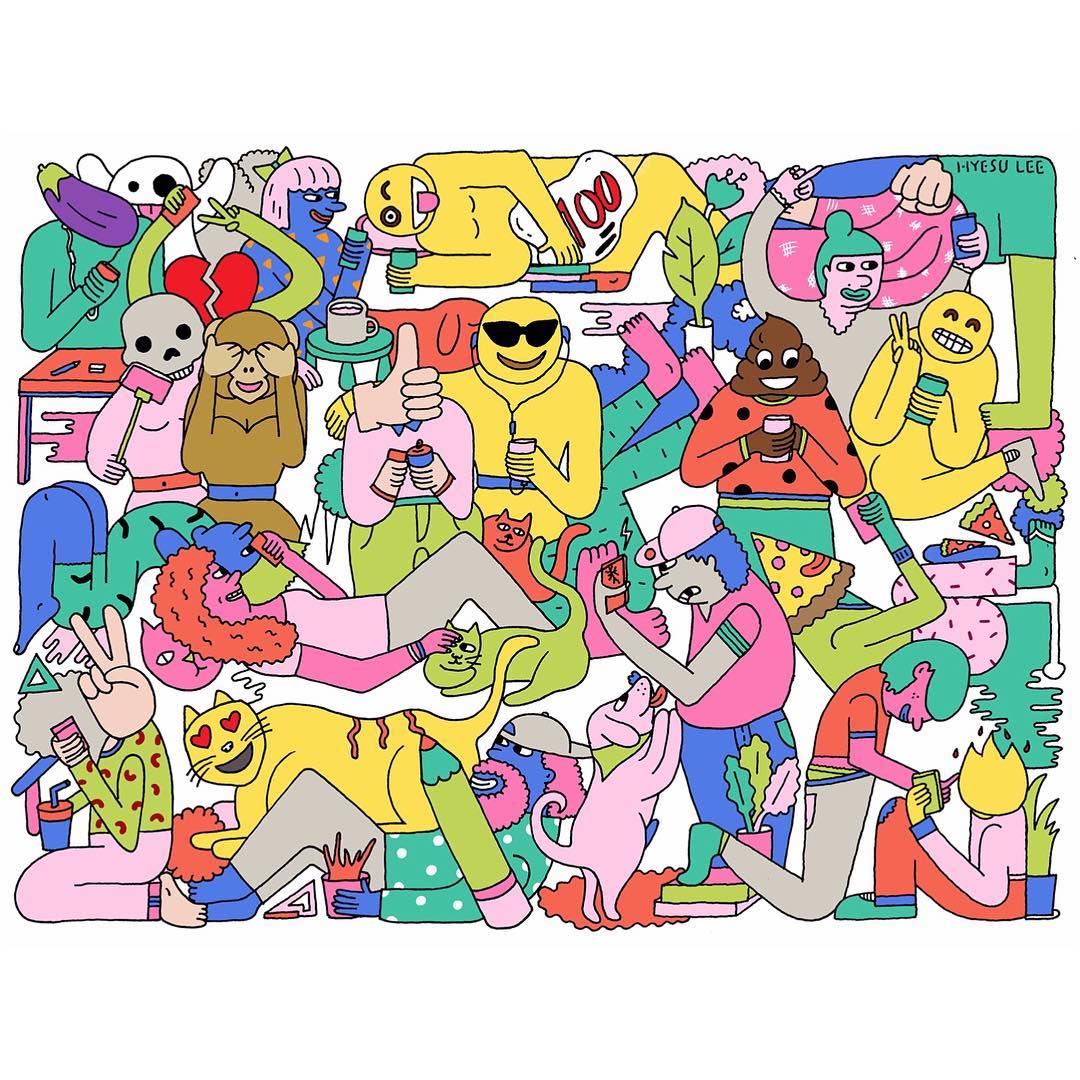 Universal Slime, the outrageous, beautiful, and wild zine created by John F. Malta, started as copies run off of a Xerox machine at the School of Visual Arts in New York City in 2012. Four years later John is about to release the fourth installment of the annual comics, illustration, and art anthology, with artists like Kristen Liu-Wong, Josh Freydkis, Siobhán Gallagher, Homeless Cop and John himself contributing to the colorful and incredibly curated zine.

John’s own work is a mad and rad adventure into the short narratives of his beady-eyed and brightly-colored characters. Bold lines and psychedelic backdrops further help convey the scenarios and characters that Malta injects with his own imaginative tales, personal memories, and definitive perspectives. He’s worked for publications and media like The New Yorker, VICE, Adult Swim, The New York Times, Surfing Magazine and Valley Cruise Press. We had a chance to talk to John about the longest comic he’s ever written, the beginnings of Universal Slime and his many, many influences.

What is your inspiration for the Universal Slime series?

I started editing and publishing Universal Slime on a xerox machine at The School of Visual Arts when I was living in New York City. There were two common threads that sort of tied the first issue together and that have  continued to be the thing that is in the front of my mind when I am asking people to contribute. The first was comic and zine artists who had begun to do editorial and client related work outside of the comic and zine community (Patrick Kyle, Paul Windle, Rand Renfrow, Michael Deforge) and the second was illustrators who were creating work in and around the various DIY/Punk scenes at the time (Nicholas Gazin, Matthew Volz, Alex Schubert, James Payne, C.M. Ruiz).

Every edition of Universal Slime seems to have a new theme and style, what can we look forward to with this newest edition?

This issue is a solid mix of comic artists and studio artists. I have always tried to strike a balance between artists who mostly show in galleries and artists who mostly create zines and comics. To me there is overlap between everyone that I include because I really don’t do a “call for submissions.” I specifically ask people that I think would make cool and interesting work. The first artist I included that submitted his work, is in this issue though (speaking of submissions). This dude Tor Brandt that I think is based in Denmark (sorry Tor if that is incorrect) mailed me his comics/zines last year and I really liked them a lot. But I think he might be the first person that was not invited to be in it, that I have included.

Who are your artistic influences?

Which artists have contributed to this edition of Universal Slime?

What part of this edition are you most excited about?

That is such a hard question! Josh Freydkis killed the cover design and illustration. My girlfriend and massive comic talent Siobhán Gallagher wrote a really great and beautiful comic about quitting smoking. I am featuring some street art by the Barcelona based bro named Bad Buzz that is inspired by the old video game Gauntlet. Box Brown wrote a cool and quick two-page comic. Daniel Zender sent me some of his new brain-melting paintings; Sam Grinberg completely crushed this four-page comic that reminds me of something you’d see in Raw Magazine; Sean Solomon, Matthew Volz, and Maelle Doliveux are all respectively cookin’ up something good, and this dude Homeless Cop is making a #fucktrump ad. I am more excited about this issue than any I have released yet.

What music are you listening to when you are creating?

What else are you working on at the moment?

I have two solo shows opening up this fall. One at No Place Studios in Columbus, Ohio on my birthday October 15th (curated by James McDevitt-Stredney). And the other is opening on New Year’s Eve at Brain Freeze Gallery in Seattle, Washington (curated by C.M. Ruiz).

Me and Siobhán Gallagher are editing a book of art, comics, and illustration about the end of the world called Till Doomsday, that we plan to release together at 2017 comic fests — we have a collaborative zine of drawings coming out at Comic Arts Brooklyn that we have been doing in a .PSD document through e-mail. I am also publishing a series of mini-zines from Universal Slime artists. The first four are by the Cleveland-based poet punk Mike Marine, Matthew Volz (the official artist of the Jackson Heights, Queens band The Beets), the Los Angeles based weirdo Josh Freydkis, and Barcelona based street artist Bad Buzz.

I am currently working on the longest comic that I have ever written. It is being published through a grant from The University of Central Missouri and follows this punk dude named Tight James and his dog friend Lone Jack. They play basketball, eat pancakes, and philosophically deconstruct ideas on life and death and existence. I am publishing it in three issues and then collecting it into a hardcover edition next year. Issue One will be out at Comic Arts Brooklyn and Comic Arts Los Angeles!

And lastly, the thing I am most excited about, I have a traveling radio show coming out called SSSSLAM DUNK where I play a game of pickup basketball with various artists, musicians, creative directors, and writers and then interview them in the wake of our pick up game. It starts airing on Radio Free Brooklyn’s fourth season this November on Mondays from 5 p.m. to 6 p.m. eastern/standard time. 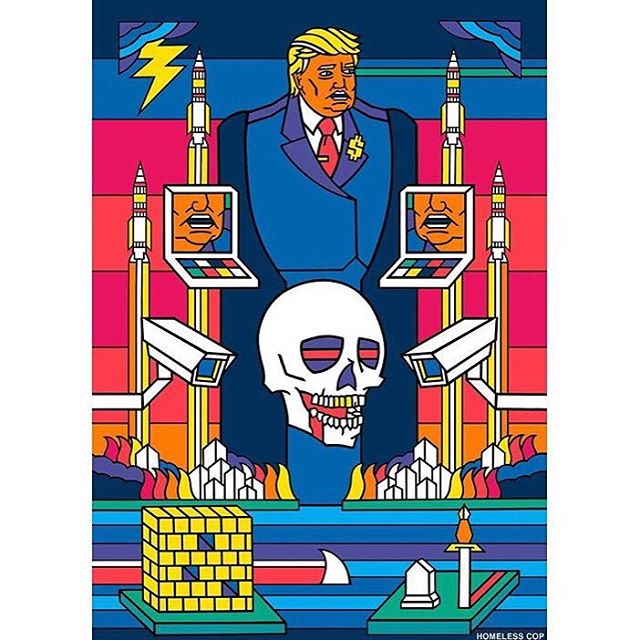 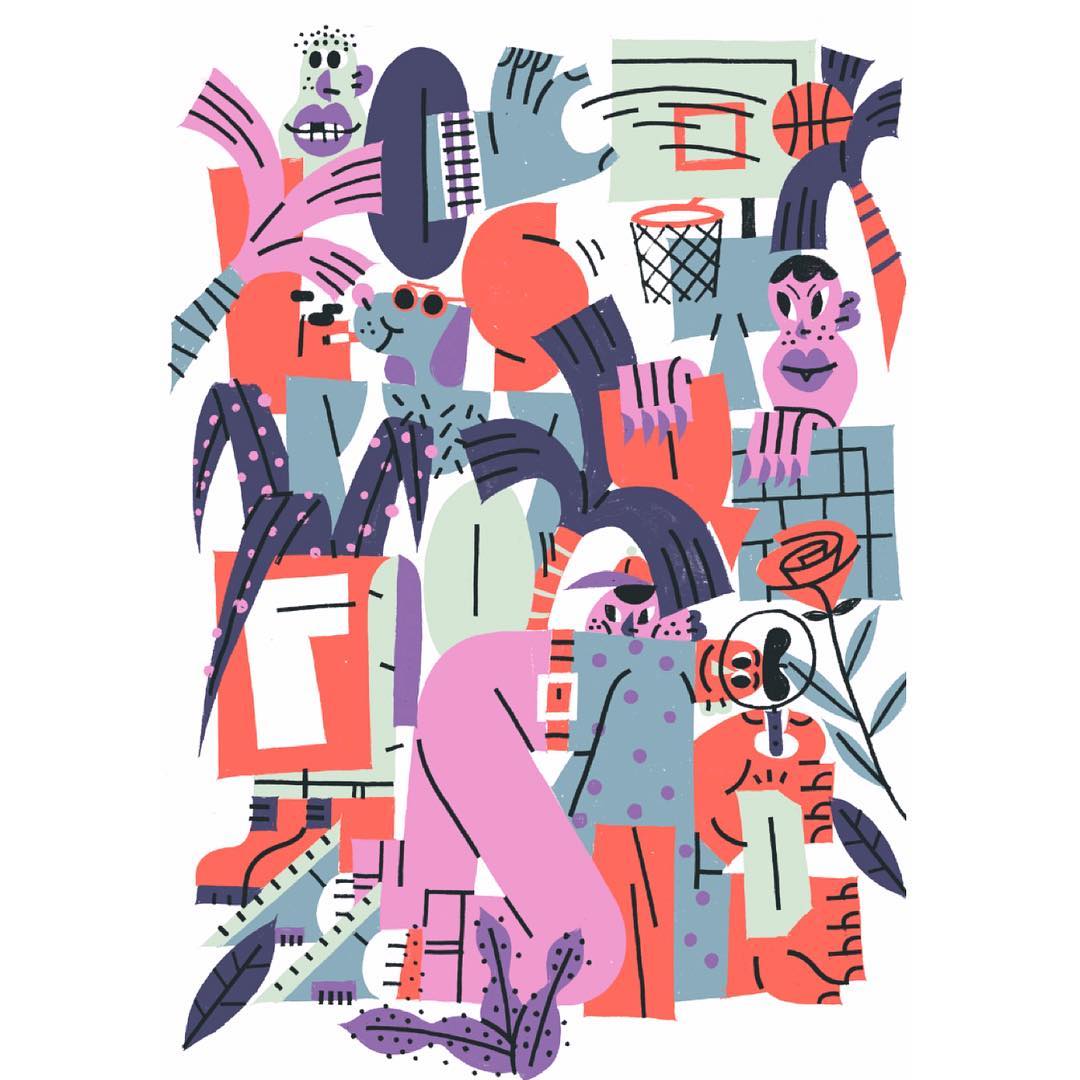 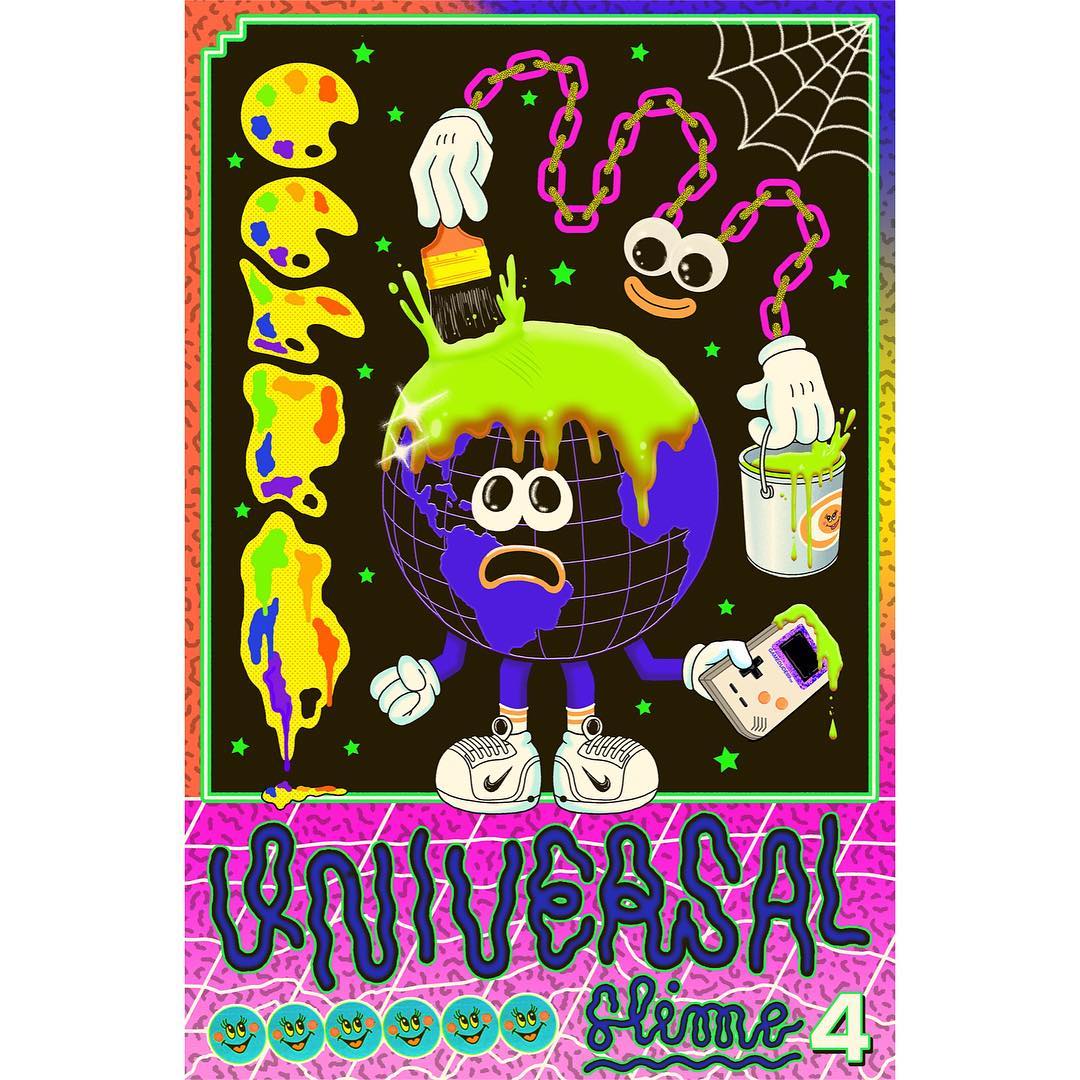 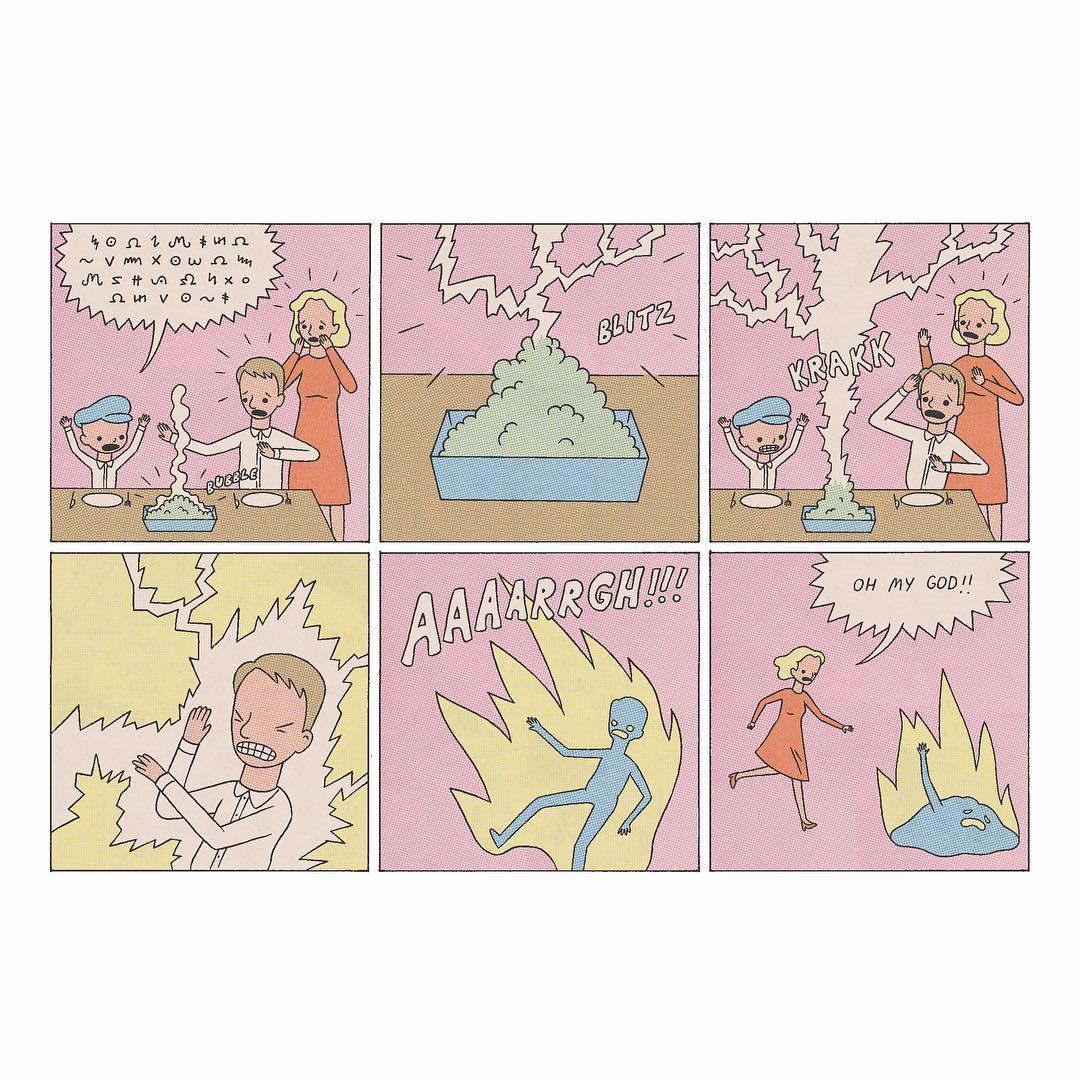 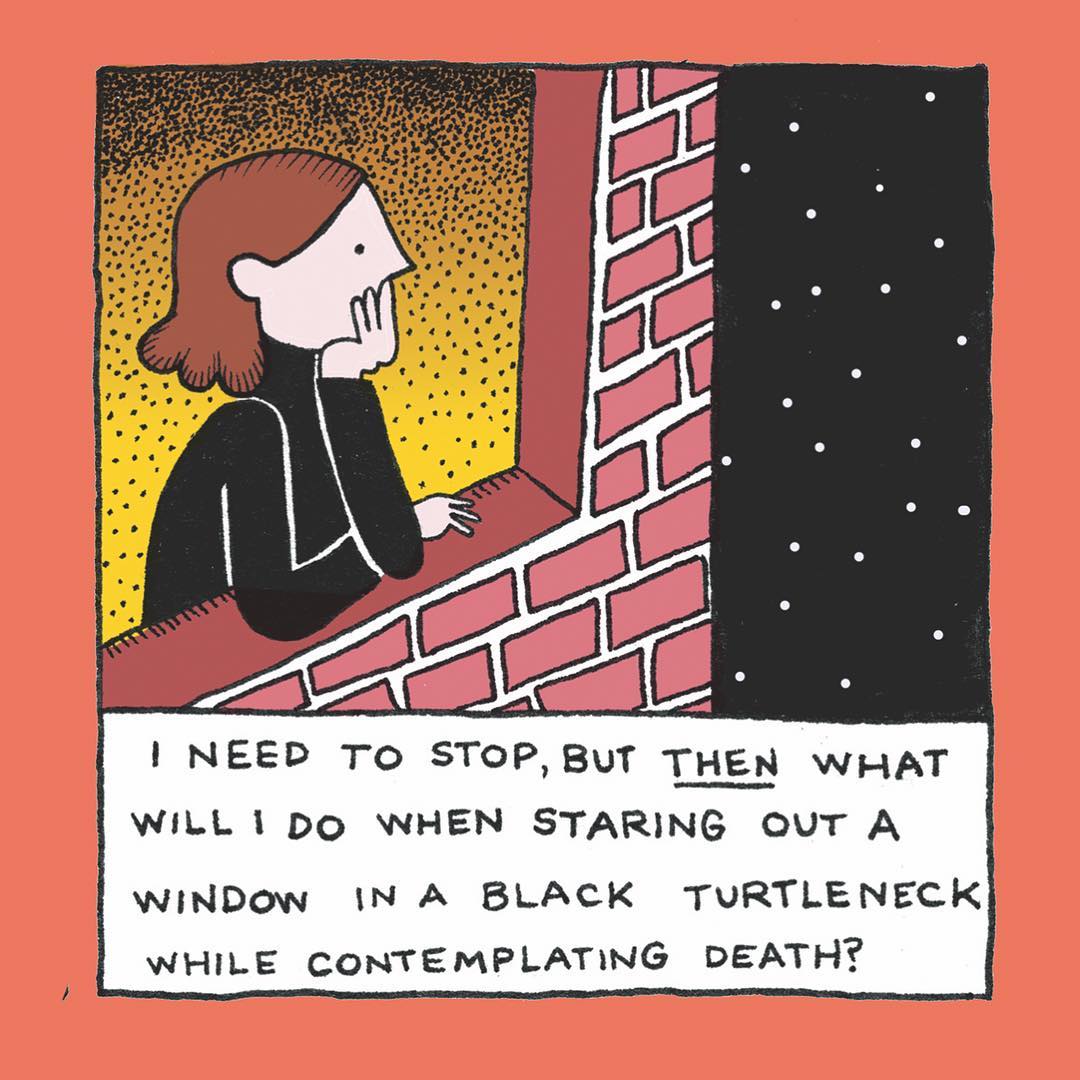