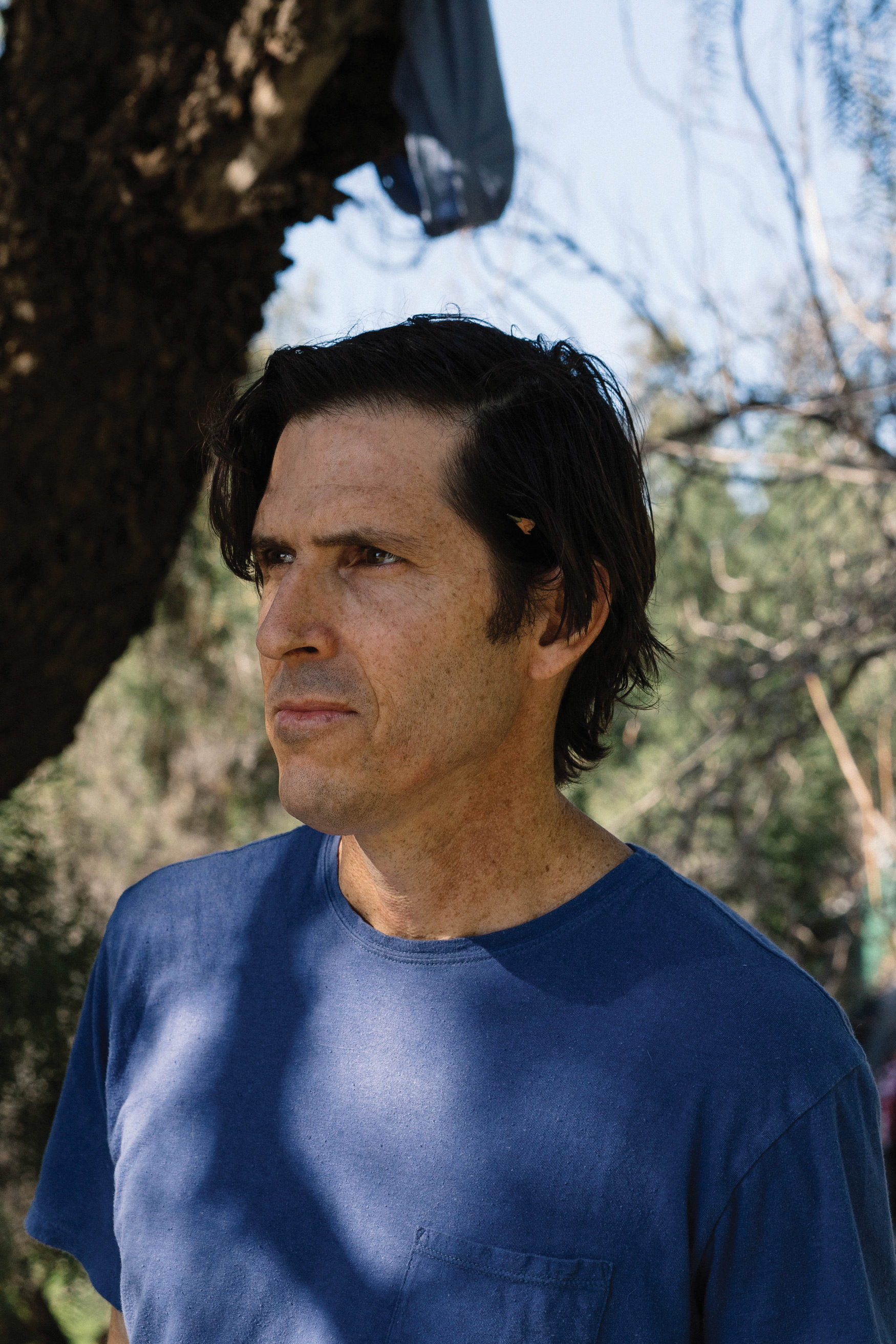 This article was originally published in issue 10.

The streets of Los Angeles are swiftly changing before our eyes. The inevitable claws of gentrification have swooped in with their tall minimalist wood fences and shi-shi farm-to-table restaurants, pushing out some of our favorite taco spots, making the pastel-colored buildings that occupy the city’s palm tree-lined streets obsolete, and completely changing the landscape of this sprawling city. There aren’t many neighborhoods left completely untouched. And while this sociological evolution can be argued as unintentional, yet undoubtedly oblivious of those that came before, it’s changing fast.

With how quickly neighborhoods are changing, Brian’s impressionistic landscape paintings—depicting everything from the rolling hills of Angelino Heights and back alleys of El Sereno, to candid scenes at Echo Park Lake—couldn’t seem more integral in preserving an authentic visual representation of Los Angeles. “I was looking at this scene yesterday and was imagining doing a big painting of it,” says Lotti. “It’s a really fun little canyon with hills that make these amazing diagonals from each downhill. I couldn’t help but think that this painting could end up being a history painting of sorts because this whole area could change before we know it.” 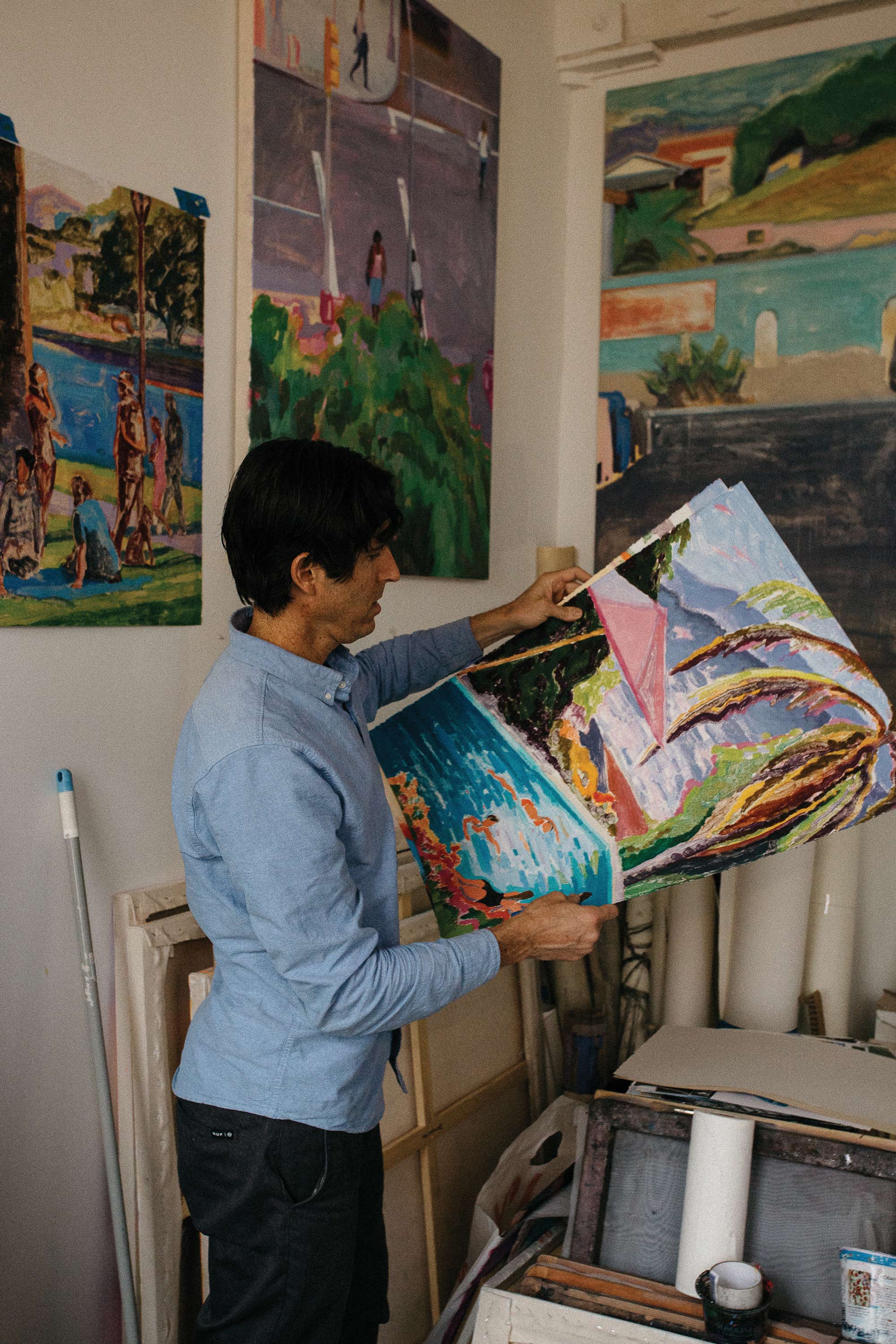 Swathes and washes of vibrant turquoises, purples, and greens, and heavy textured strokes come together in Lotti’s paintings, forming familiar alleys, figures, horizons, and color-blocked houses on hills that cut through the crowns of palm trees. “Working on the edge for me is letting the paint do the talking, even if it’s thin and washy, it’s letting the color of the paint and texture of the paint do it’s own thing.”

Lotti’s intrinsic combinations of colors that have quite a zing, but still appear naturalistic, portray not only atmosphere and light, but also the spaciousness of his immediate surroundings and the beauty in everyday scenes that often go overlooked over time. “Without being too saccharine or sentimental, I’m trying to create a mood or some sense of magic in the everyday.”

It’s debatable whether or not Lotti’s artwork would exist in its current form had he not picked up a skateboard before a paintbrush. Lotti turned pro in his senior year of high school, and after graduating, moved to San Diego where he skated with the H-Street and Planet Earth crews. His more than memorable part in Planet Earth’s Now ‘N’ Later video is a testament to not only the innovation he brought to street skating, but also the unmatched style he did it with.

While Lotti’s pro career was cut short by injury and growing interest in photography and painting, his involvement with skateboarding, first as a pro rider—we can thank him for tricks like the Big Spin—and later filmmaker, has helped him to contextualize the shift of the skater from anti-establishment aggressor to one who is intimately connected to the urban landscape.

“Skateboarding has definitely shaped my perspective; I think it helps me empathize and relate to the whole world,” says Lotti. “When you’re out skating you meet so many different kinds of people, and you see how the world really is; it’s a rugged place. But I feel like I have an understanding of what the world is really like because of spending so much time skating in the streets.” 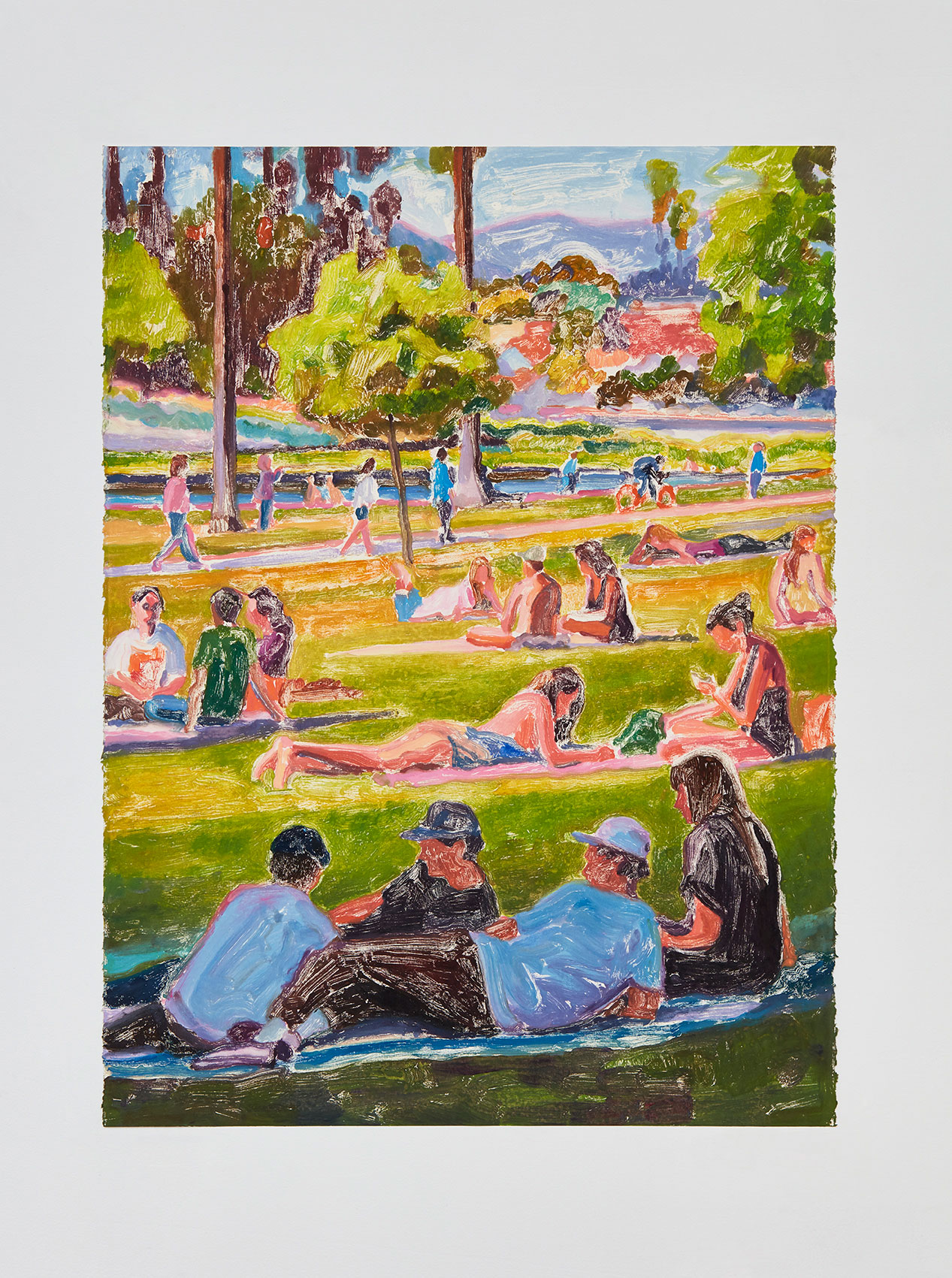 Lotti’s biggest impetus for subject matter has always been his connection to the landscape. He has a specific appreciation for situations and places that are a little bit funky, and maybe a little bit urban, but that have a strange beauty about them. He’s hypersensitive to the street as an aesthetic subject and has created his own language of Expressionism and Impressionism to discern the dynamic and fleeting experience of his urban environment.

“That connection to the landscape comes from skateboarding; it comes from all the years being outside and feeling comfortable outside. I moved around so much when I was a kid, that I don’t really have a home to go back to, so it became a place that I felt at home. Just the other night I skated down from Echo Park to McArtur Park the other night and I passed all this cool shit, it’s still the best way to see a city.” 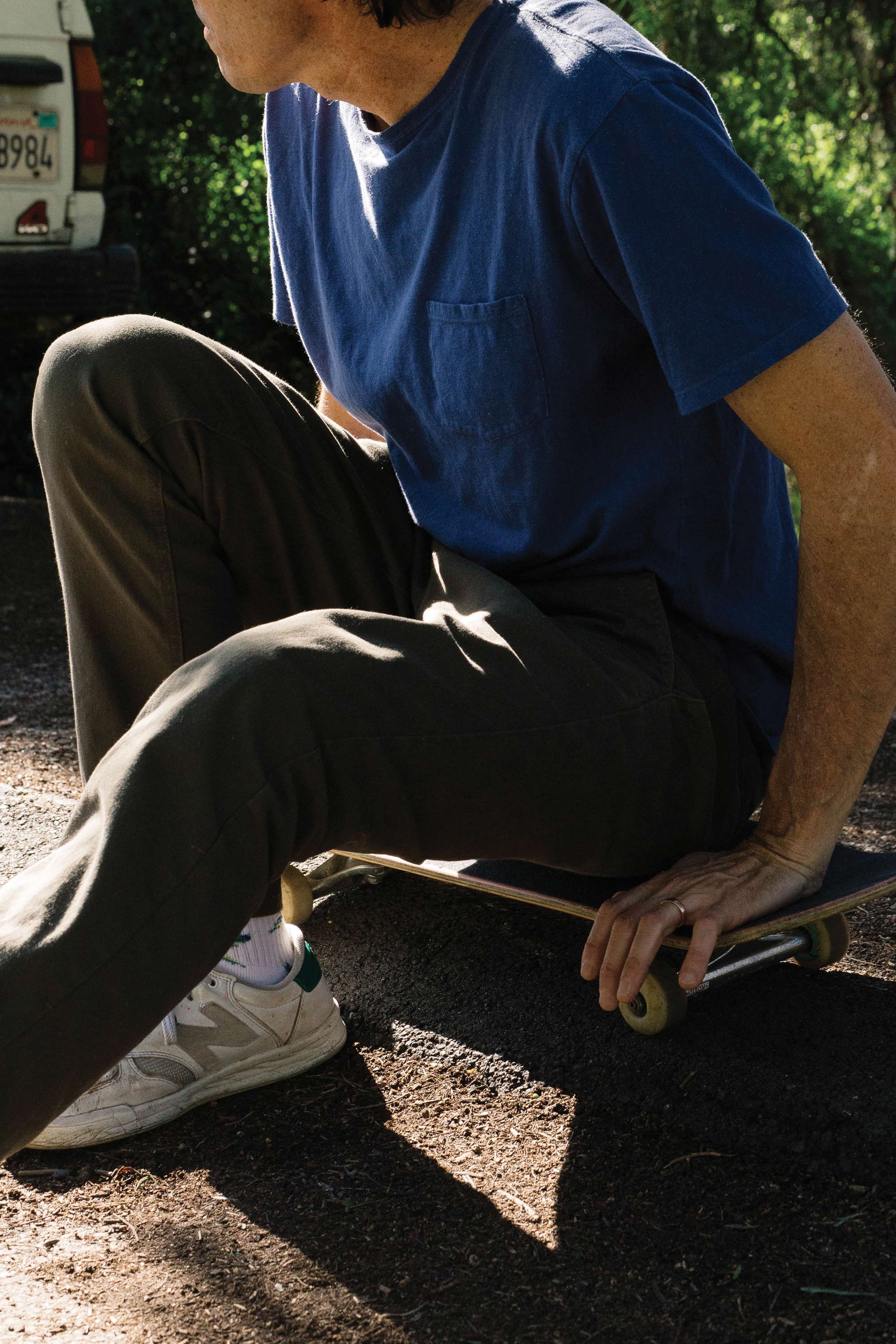 Yet his work’s purpose is not to dump some heavy underlying truth on its viewer, but rather shed light on the inconspicuous moments that he’s so fond of—that random alley that gets hit with the most perfect light at the most specific time of day, where the geometric shadows that the buildings cast on the trees make for the most delectable view.

“If I have a message it’s finding the beauty or the transcendence in the mundane,” says Lotti. “We should be making the most of what’s around us. I mean really, we don’t need to be going and trying to colonize Mars, let’s do some dishes and fucking clean up around the house, and enjoy what we have.”

All photos below by Kris Evans. 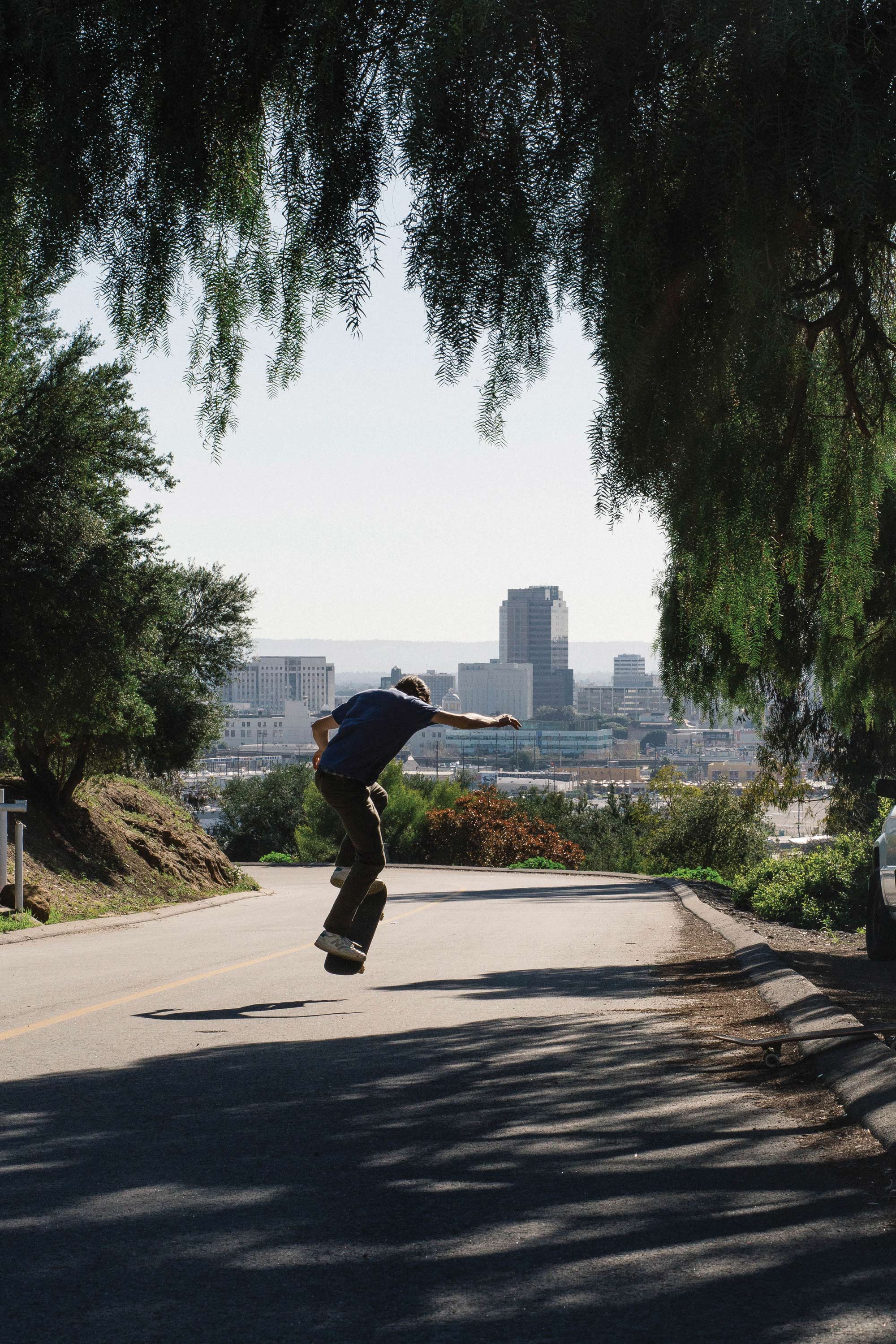