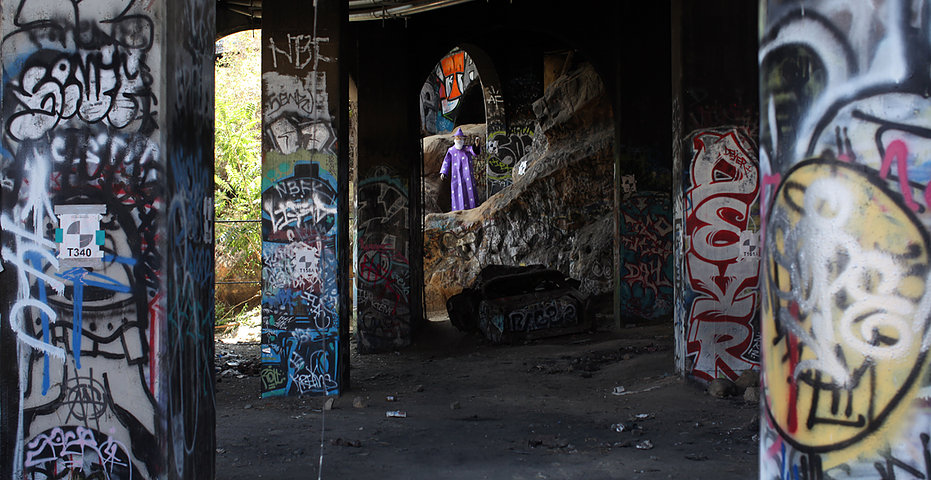 The Cardboard Artist: A Tribute to Life

Calder Greenwood sits with his eyes glued to the computer screen. His fingers hesitantly relax on a computer keyboard as he skims through photos and his bushy mustache pokes around the side of his face. After fifteen seconds of really still silence he utters, “This guy died, he was 22,” as he points to an old photo. In under a minute we already feel captivated by Greenwood’s story, why is he an artist and what does this photo have to do with the art he makes?

The Cardboard Artist is a short film by director and frequent Amadeus collaborator Matthew Kaundart, and follows street artist Calder Greenwood as he offers a deeper understanding about the meaning of his cardboard creation’s short life-span and his personal connection to impermanence. The Los Angeles-based artist mainly works with simplistic materials like cardboard and paper mache, but his process and final products are nothing short of elaborate.

Kaundart and producer Luka Fisher expertly communicate Greenwood’s on-going interest in non-permanent forms of street art, such as his magnificent cardboard sculptures, in this intimate portrait of the artist. We get the unlikely opportunity to trace Greenwood’s journey as an artist and get a better understanding of how Calder uses his art to engage people in real world locations during their everyday lives.

“Because [cardboard] is light and easy to remove, you can pick it up, you can toss it out, you can crush it, you can burn it, you can do anything you want to it. So the fact that you witnessed it within that narrow window makes it more special, it makes you appreciate the fact that you saw it while it existed,” Greenwood explains as he meticulously paints a new creation in the film.

As Kaundart follows Greenwood through several parts of his daily routine – escorting one of his cardboard sculptures to a new location, walking us through his studio, and even placing a cardboard sculpture of a wizard in some obscure place in Los Angeles – Greenwood’s acceptance of life’s fleeting nature and his passion for creating blatantly shine through. Because Greenwood is alive, he must create. Kaundart shows how there is beauty in endings, and that the non-permanence of life and art is what makes it so important. 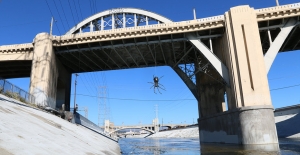 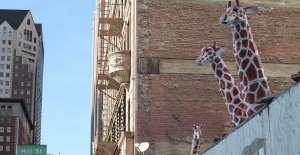 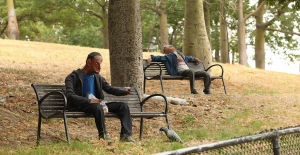 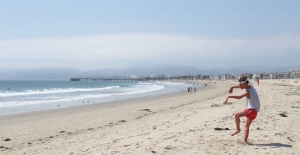 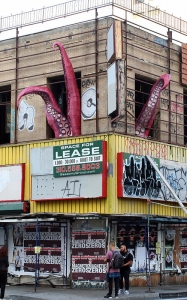 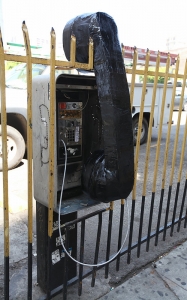