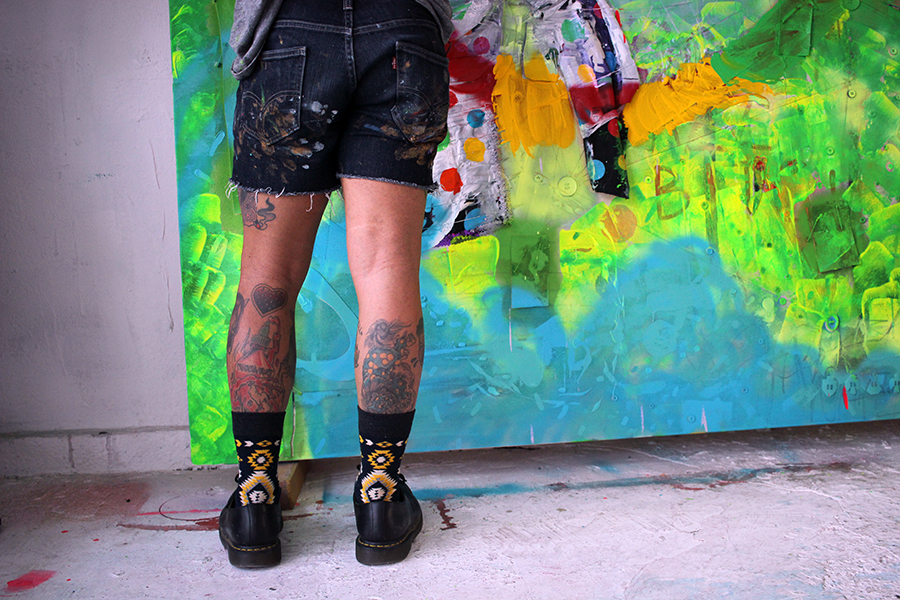 The Fine Line of Abstraction: Behind the Scenes of Our New Video with Gabriel Luis Powers

Gabriel Luis Powers wants to create something you’ve never seen before; something that causes a completely new and spontaneous reaction when you first see it. With each layer that Powers either stitches, paints, smears, threads or draws onto his canvas, he gets a little closer to this fine moment.

As part of our new video series “In the Studio,” we recently spent some time with Gabriel in his mid-city studio where he took us through some of his most recent works in progress and talked about how, as an abstract artist, it is hard to recognize when a piece is truly done.

“If a painting is representational I know it’s done because I have depicted what I wanted to get at,” explains Powers. “And if it’s not, then it’s a real bitch.”

While the point of understanding whether or not a piece is done can be as decisive as one too many brush strokes, Powers has a finite sensibility of taking a piece and pushing it to the edge. Powers’ keen eye for color and composition is indispensable to his ability to perfectly place each marking, stroke, or piece of fabric on his large canvases that consume you as you stand in front of them. Powers works at a large scale, allowing the textures of each piece embrace the viewer and invite them to look deeper than its initial surface.

Don’t miss the premiere of our new video with Gabriel out this Friday, August 26th. Check out photos from behind the scenes of our recent shoot. 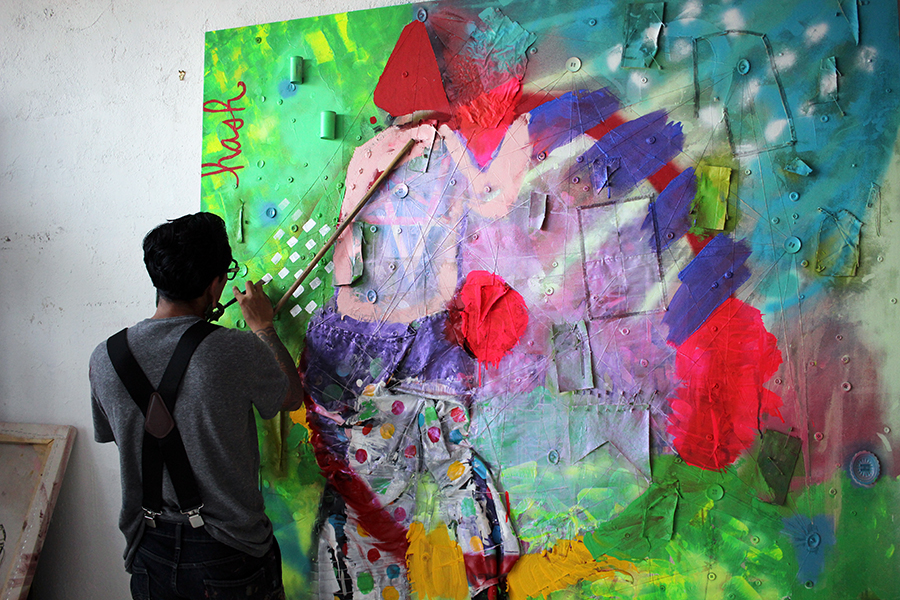 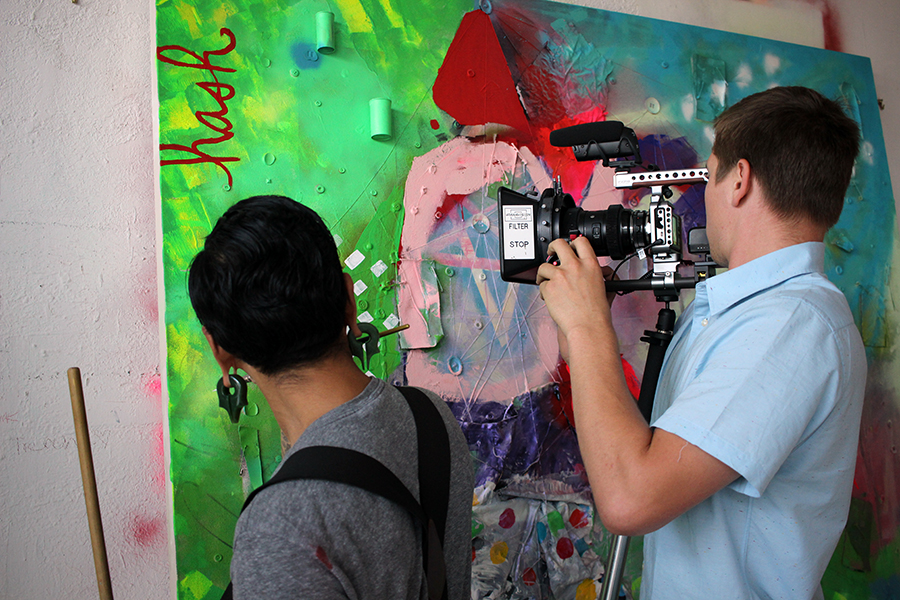 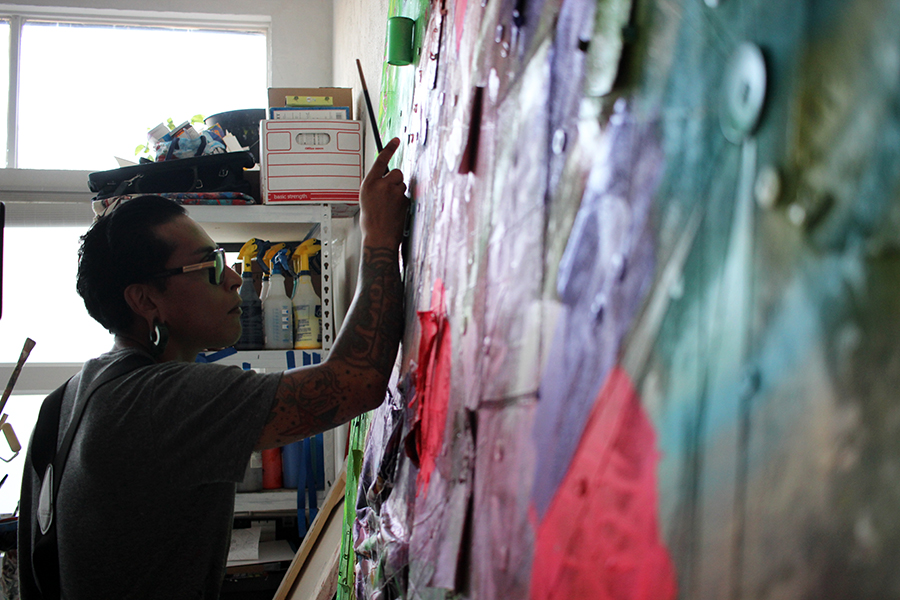 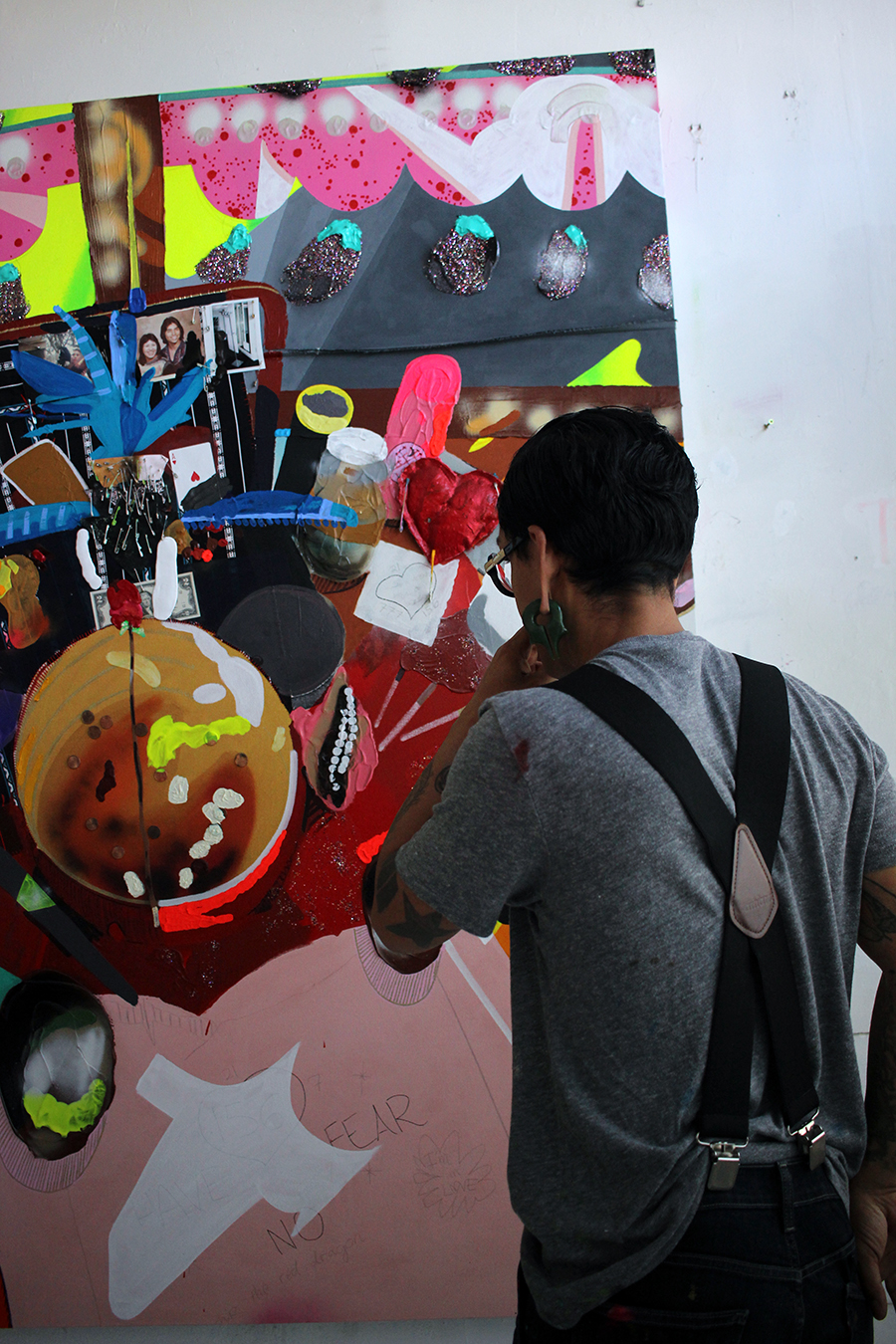 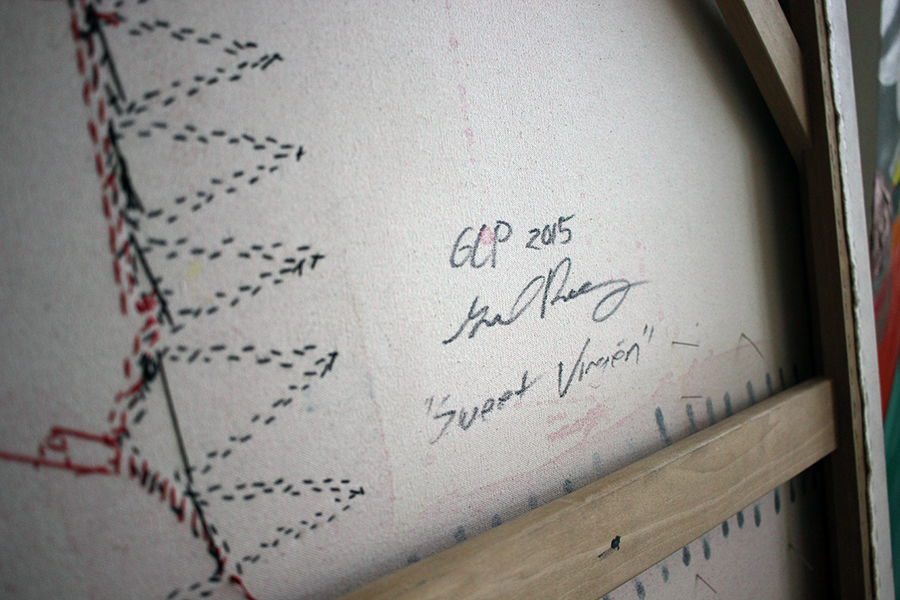 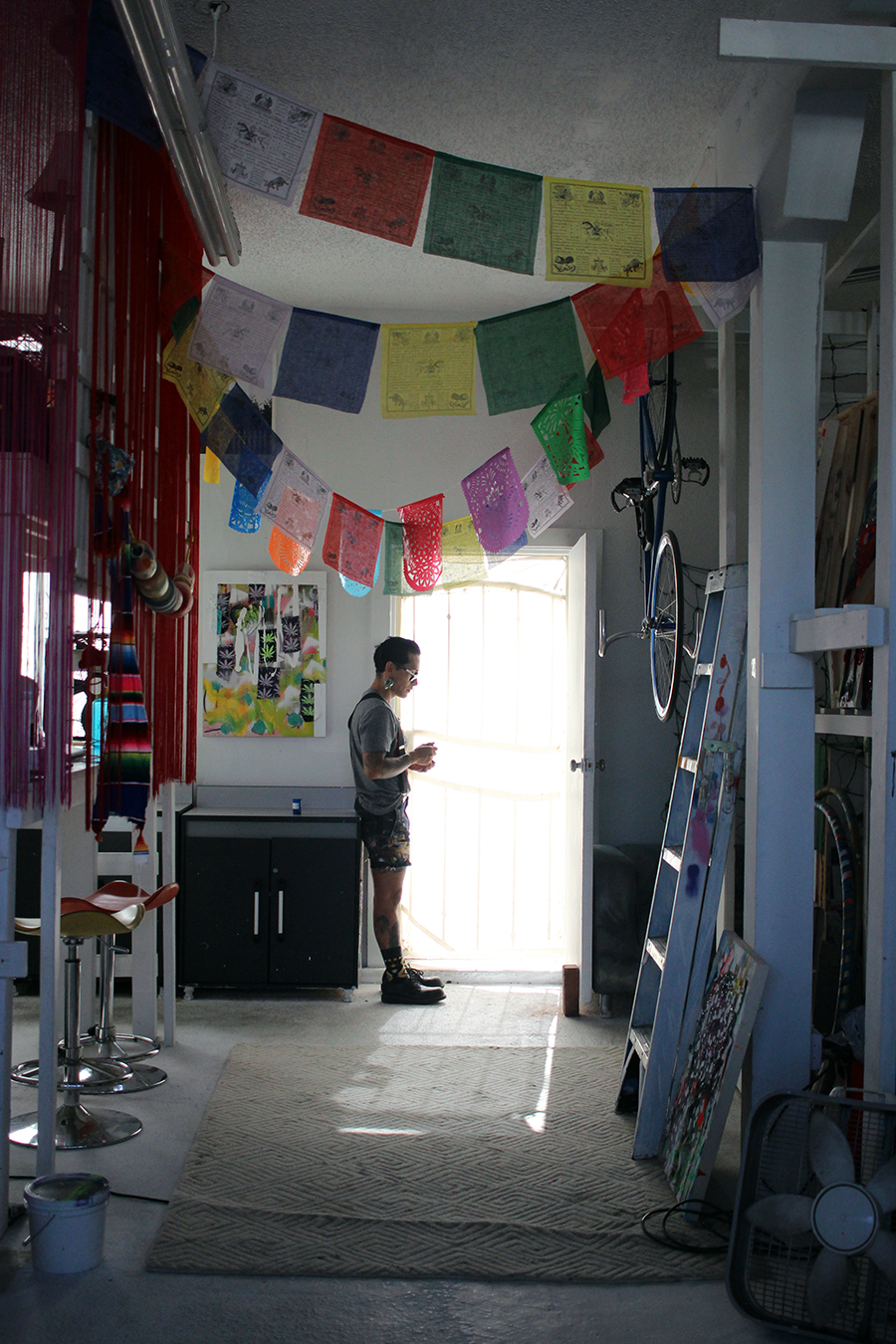 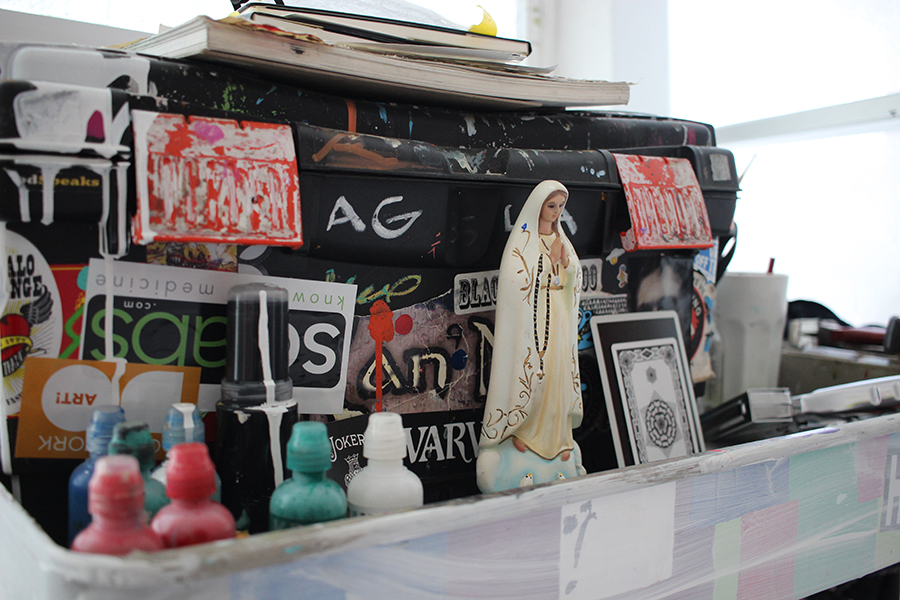 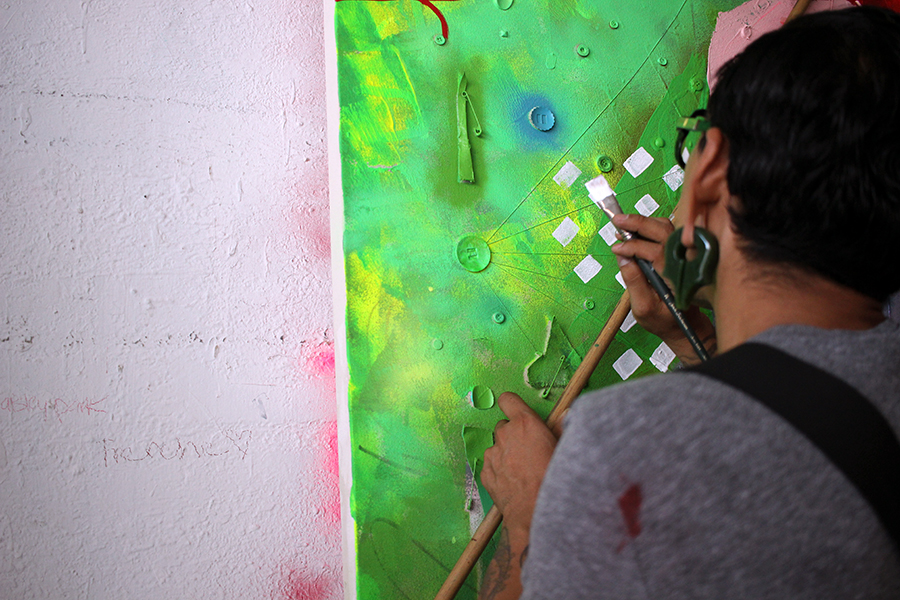 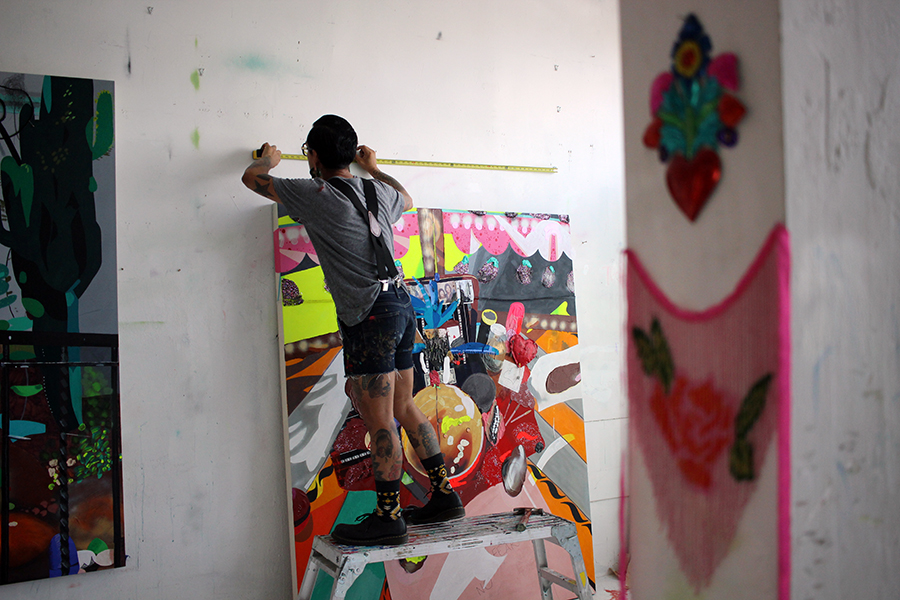 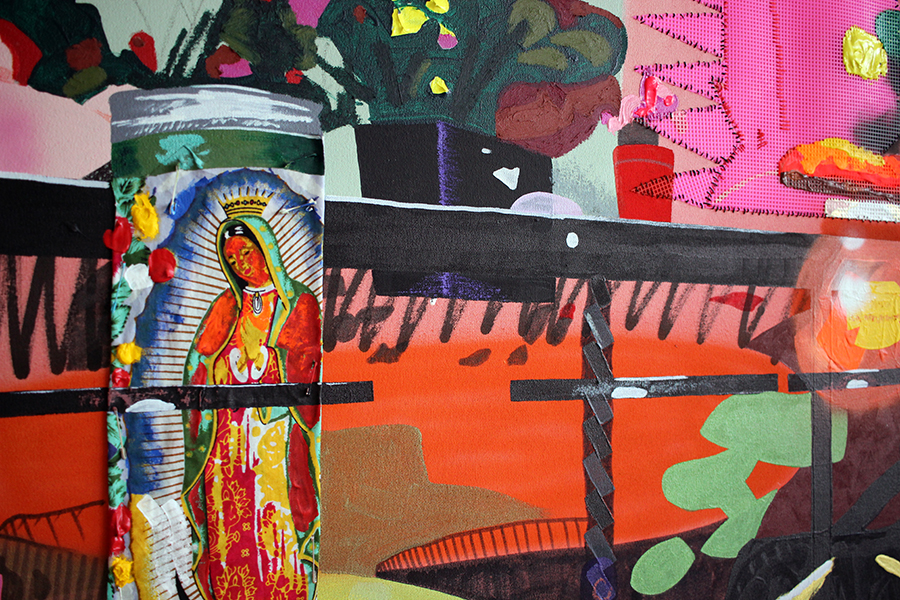