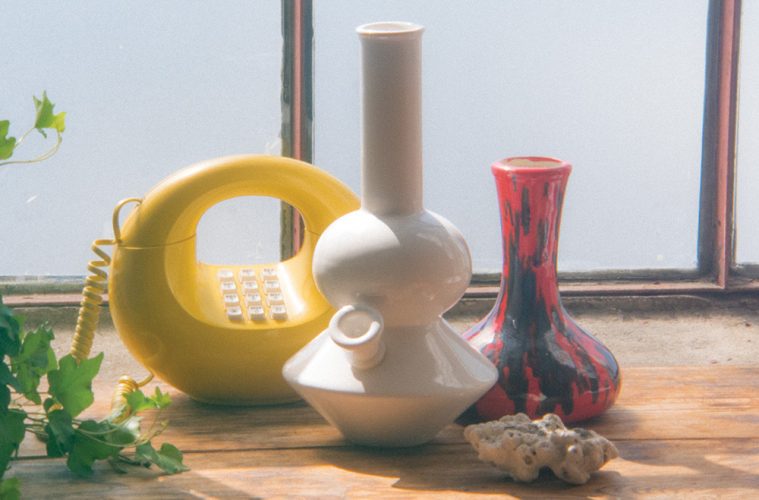 Sleek, minimal, all white, and ceramic are words you would rarely use to describe a bong. Yet Art Director Liam Kaczmar has set out to change that with his designer smokeware company, Summerland Ceramics, which embraces classic bong shapes, but moves beyond adverse reaction and stigma associated with traditional smoking devices. Gone are the days of overly wrought pieces with swirling rainbow designs. Summerland’s stark white aesthetic fills a gaping hole in the marijuana market; one that provides a more sophisticated brand of toker with clean designs that function as both art pieces and pipes.

Kaczmar’s Summerland Ceramics connects with the mature, style-conscious, and forward-thinking weed smoker that is unabashed by their consumption of this widely used botanical, but unwilling to house the flashy glass-blown products of their high school years.

After years of grinding away at a fast-paced ad agency, Kaczmar decided to take what advertising and marketing acumen he had learned in this corporate environment and apply it to his own creative venture. Born out of the San Francisco-based designer’s own visual disdain for atypical bongs, Summerland Ceramics represents the work of an artist who thrives on experimentation and the creation of whatever crazy and inspired products he can come up with. A self-proclaimed procrastinator, Kaczmar embraces the long-standing maxim, “Art imitates life,” favoring days spent surfing rather than at his desk huddled over a computer. His contemporarily crafted stonerware is a visual representation of the carefree lifestyle he carries out, drawing inspiration from a life lived, rather than one consumed.

You’ve lived in San Francisco for some years now, and have obviously seen the city and certain neighborhoods change a ton in the last few years.

Yeah it’s been crazy. I’ve been here for nine, almost ten years. It was weird I moved out here right when they released the iPhone.

What do you make of all the changes going on? How has it affected the creativity of the city?

It’s weird and a bummer, and I’m constantly wondering if I should leave or not. If there wasn’t surf I wouldn’t be here. But it’s home and I have people I love and my spots down. I live in my bubble near the beach and am quite the homebody now, so I don’t really crave “culture” too often, but do miss the comradery of days passed. It would be nice for people to survive more easily as artists out here.

What was the impetus for moving to San Francisco?

I moved to San Francisco in 2007, most likely due to my daily visits to FecalFace.com. Things were pretty rad here creatively. There were always tons of art shows and a lot of interesting people to meet and observe. I would race souped-up mopeds all over town with good friends all night. It was like an awesome establishing scene from some hip indie movie. But pretty much right after I moved here, Steve Jobs launched the iPhone at what felt like the same time the recession hit, and San Francisco has since kind of been a slowly growing pit of uninspiring and expensive confusion.

All of my most creative friends have moved and I really miss the fun we had here. Daily life is a lot less inspiring and it’s hard to find people to hang out and collaborate with during the weekdays. Everyone has real jobs for their high rent. But maybe that’s just growing up. I do think that it has affected my work as well. There’s much more hustle in the air and not much of the relaxed vibe where art and experimentation flourish.

It seems like the city’s vibe is quite opposite of your work for Summerland Ceramics, which thrives on experimentation and a relaxed vibe. When was the ‘aha’ moment for Summerland?

I vaguely remember chugging down Oak Street in my friend Renee’s Volvo, joking about starting a “designer bong company.” That may have been the first verbal declaration, but it’s something that was just in the back of my mind for a long time as I noticed the gaping hole in the market. Much of the idea stemmed from living on Haight Street and witnessing the ugliest bongs ever in the storefronts there and feeling the need to create something nicer looking.

I just wanted a cool bong and when I started smoking weed and looking for a bong, there were only gross glass bongs. I was just like, ”Man, why doesn’t this cool, light, minimal Japanese ceramic bong exist?”

The main reason I don’t have a bong is because every one that I have seen is this onslaught of swirling colors and it’s just too much; too “stonery,” you know?

Yeah exactly, that’s the main point behind Summerland and it being created as sort of the “anti-bong bong.” It still embraces the classic bong shapes, but in terms of material it’s just way more sleek and minimal.

What were the initial steps in bringing your sleek, designer bongs to life?

It took me a number of years to actually do it, and my biggest fear was someone doing the all white ceramic bong thing before me. It just seemed too obvious for it not to exist. I was working with my friend Mel Danico on a clothing brand, and she was in school for ceramics at the time. We developed “The Fruit Fantasy” apple pipe together as well as some early bong prototypes, but I quickly went broke and had to sell out and get a full-time job in Advertising, which afforded me zero free time for anything creative outside of work. After four miserable years of that, I quit and went right back into the designer bong thing full-force, and Summerland is now real.

Is there any cross-pollination between your commercial advertising work and Summerland?

Totally, I started Summerland with everything that I learned from working in advertising and marketing. I always had to ‘create’ a brand. I’m realizing that things I’m doing for Summerland are definitely more influenced by that marketing world. Summerland is cool because I just go off on my own and create whatever crazy, weird shit I wouldn’t be able to make in the commercial world. I have free reign.

That’s the main reason I started Amadeus. I’m the Online Editor for another company, but there are limitations on what I can write and do there. This is where I can do whatever and no one can tell me no. I think that’s important for artists to have.

Totally, you get super bummed if you don’t have that. If your day job is limiting you from creating something you want, you absolutely need to take the initiative to create what you want to have in life.

How is engagement with the world beyond design an important source of inspiration for you?

I actually don’t try that hard to brainstorm things. I’m not always working at my desk. I’m actually a huge procrastinator. I’ve beat myself up about it, but I’ve kind of come to embrace it because I think art imitates life in the end. If you’re just sitting at your desk all day, you have nothing to inspire you. If I waste four days of the week just fucking around, driving around, surfing, going to thrift stores or whatever, I feel like the three hours that I need to come up with some sort of treatment or project go way better because I have so much more inspiration to pull from.

Have you always been a weed smoker?

Actually I was a late bloomer. I didn’t smoke weed until I was 21. I grew up as one of those straight edge kids that are straight edge until they’re 21. I was always kind of afraid of weed. I don’t know, growing up in the 90s it was always perceived as so evil, you know? Bongs were scary. Graphic bongs had evil weed demons on them, like the skeleton joker guy.

How do people react when you tell them you own a bong company?

Everyone is usually pretty stoked. It’s kind of weird to be like, “Yeah I make bongs.”

Then you show them a picture and it’s this sleek functional art piece.

It kind of fucks up people’s perceptions of stoners and people that smoke weed. I try and talk about it like I make designer bongs. I don’t just say, “I make bongs,” People usually respond with, “That’s a really good idea, why isn’t anyone else doing that?”

In today’s creative world, are people still looking to higher consciousness to inform their work? Or are they too busy scrolling through Instagram to bother with lysergic matters?

It definitely seems like there’s a current trend of creative people turning towards certain substances to seek influence. “Micro-dosing” has been all the rage on podcast culture – I’ve yet to experiment, but it makes a lot of sense. If anything, practicing with psychedelics (including cannabis) can help to inform your true self. It gives you the chance to drop your ego of who you think you are or who you want to be, in order to make better choices on what you wish to focus on in your life, and get through the fog of bullshit. I think we’re all too busy scrolling through bullshit these days. It’s a huge distraction not only from productivity and “the zone”, but also from ourselves. There are so many choices of lifestyle and identity represented on social media that can cause so much anxiety towards art making. Producing quality work gets so difficult with the distracting pressure of what’s trending. It affects me for sure. That old Cursive quote “Art is hard when you don’t know who you are,” seems all too relevant in today’s landscape. So yes, do drugs, enjoy nature, seek your true self, and make art. 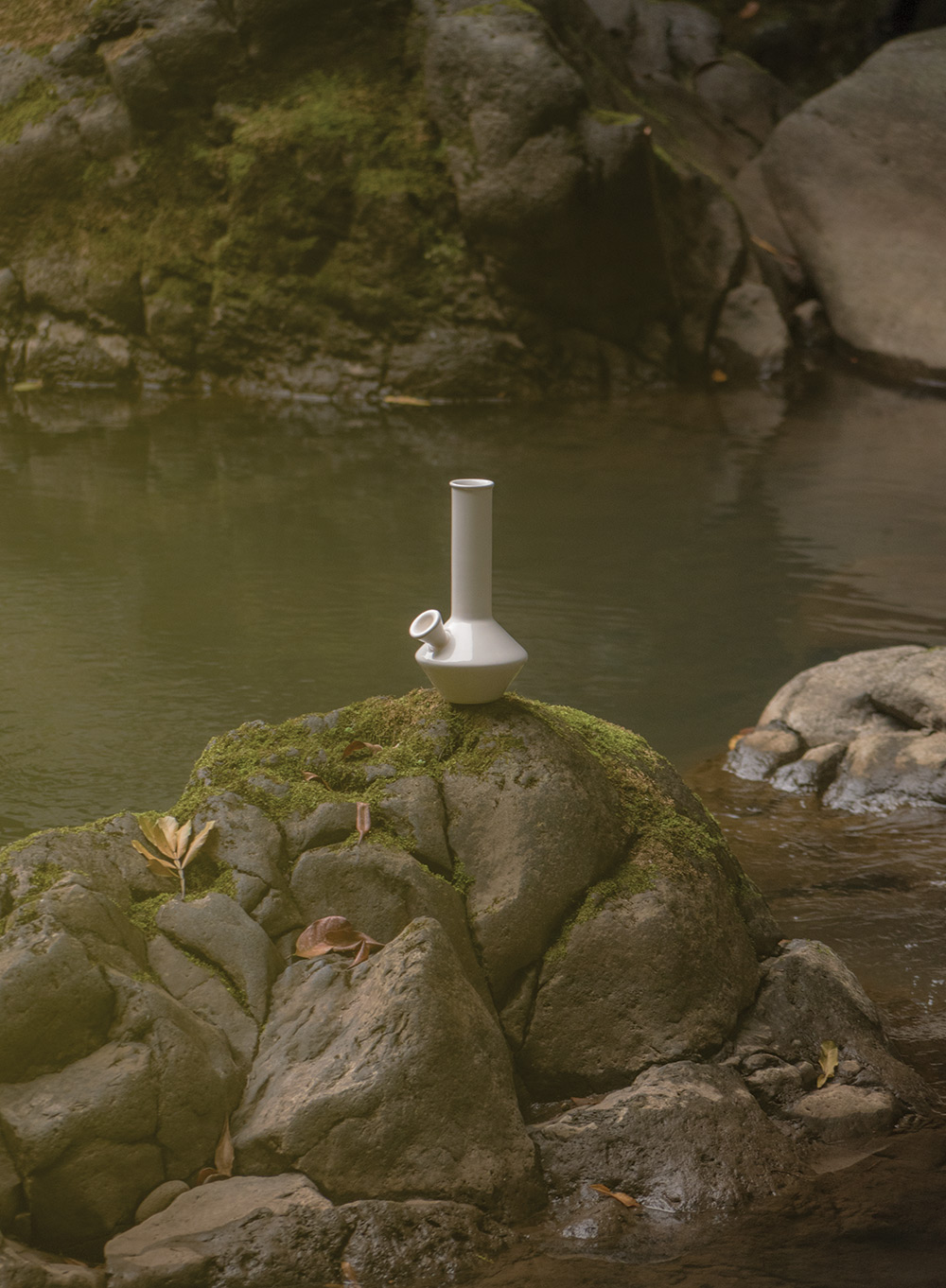 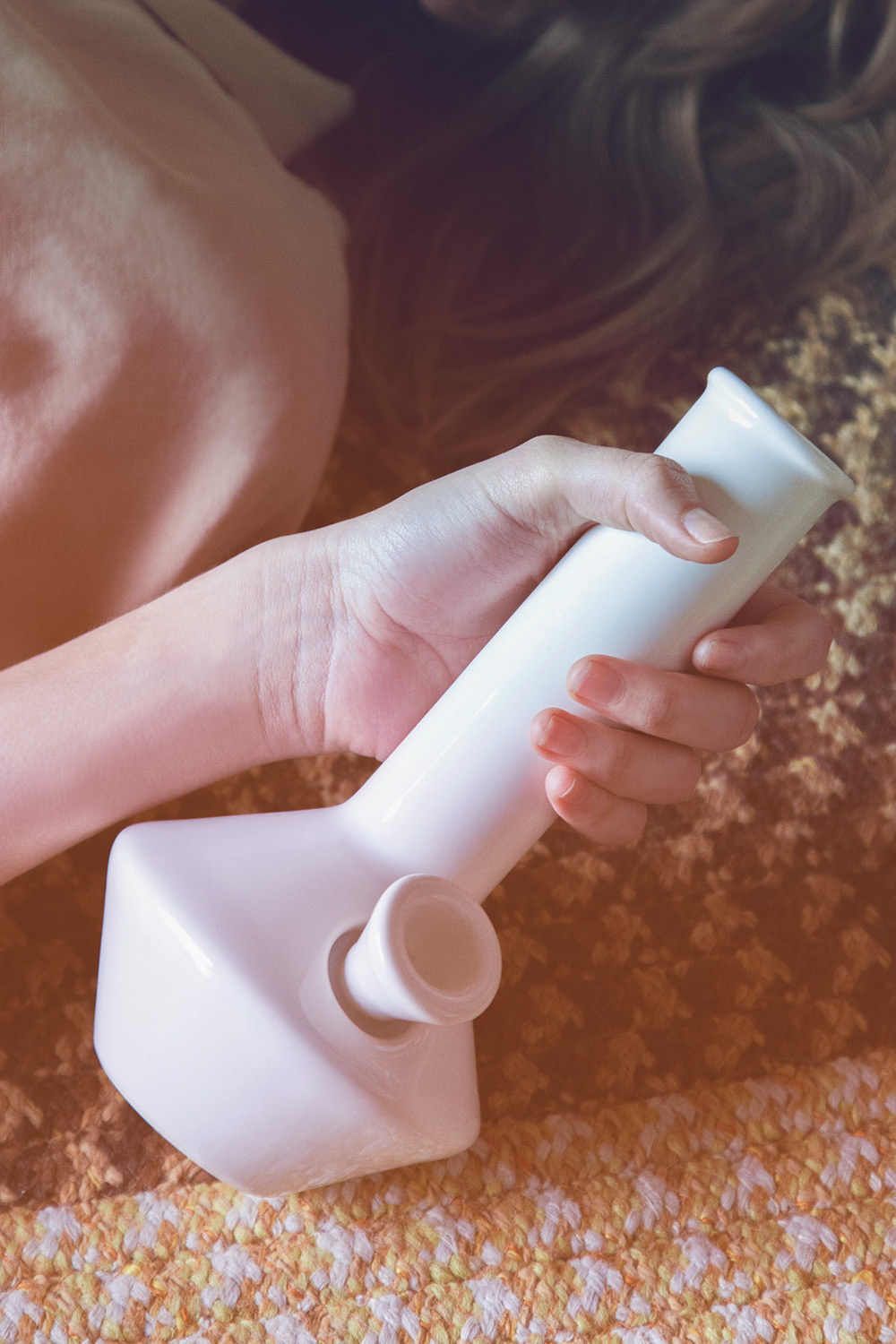 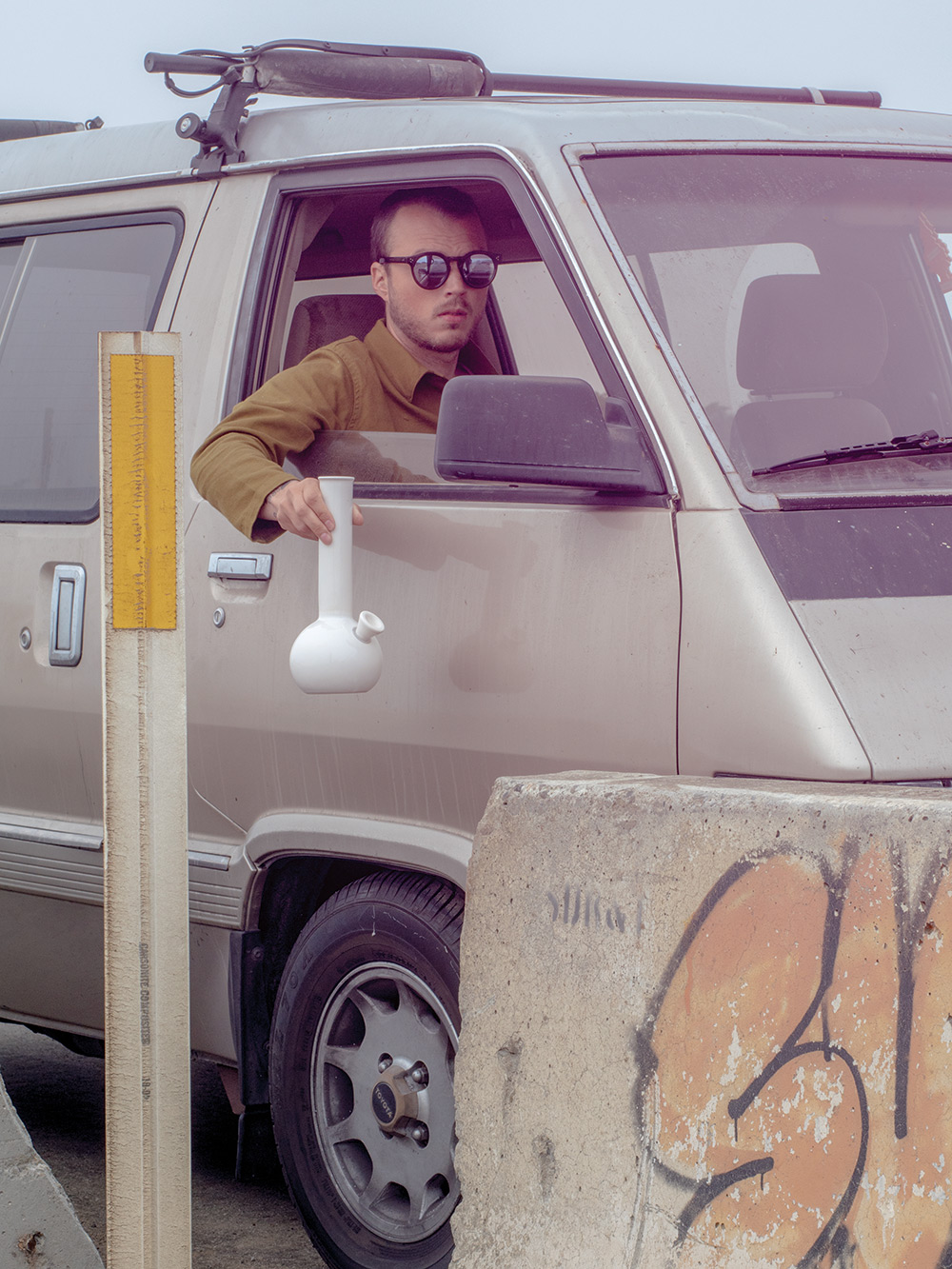 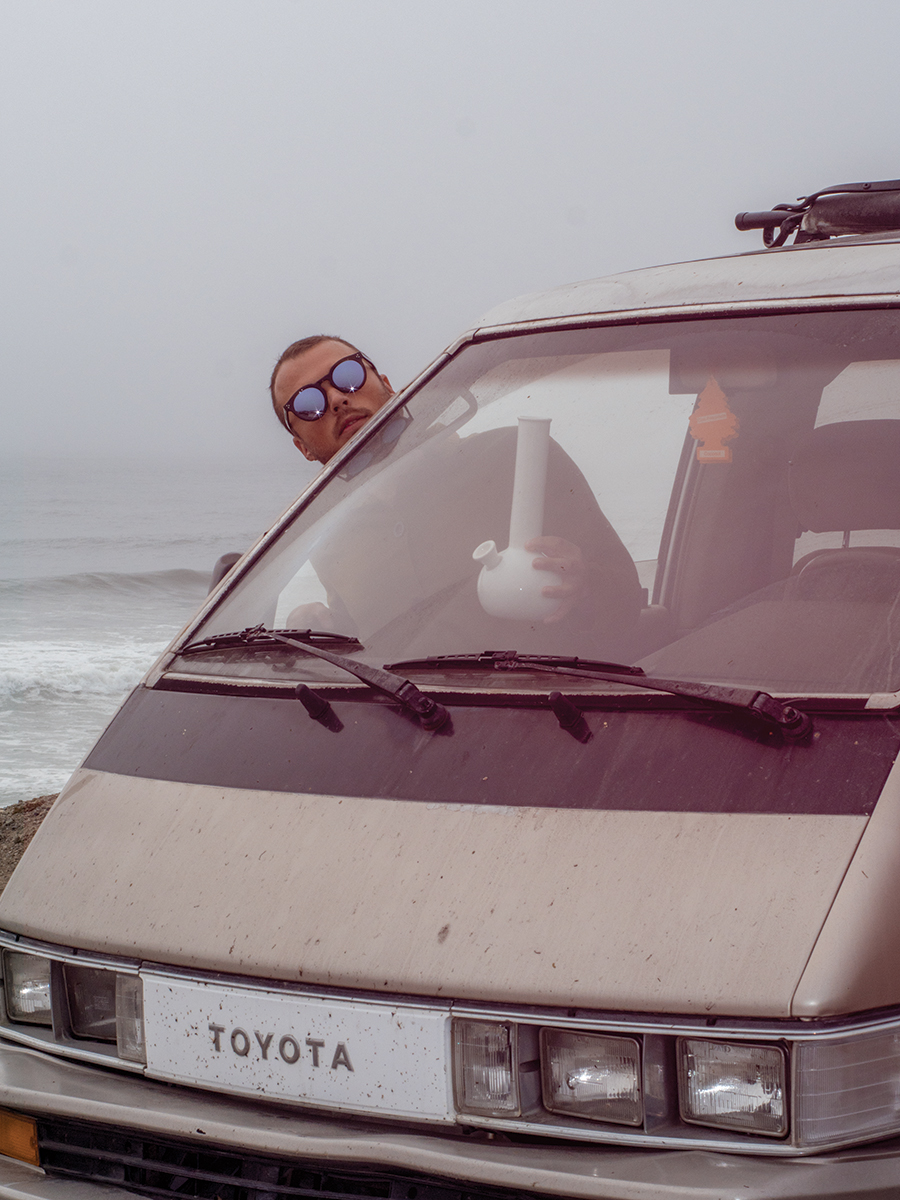 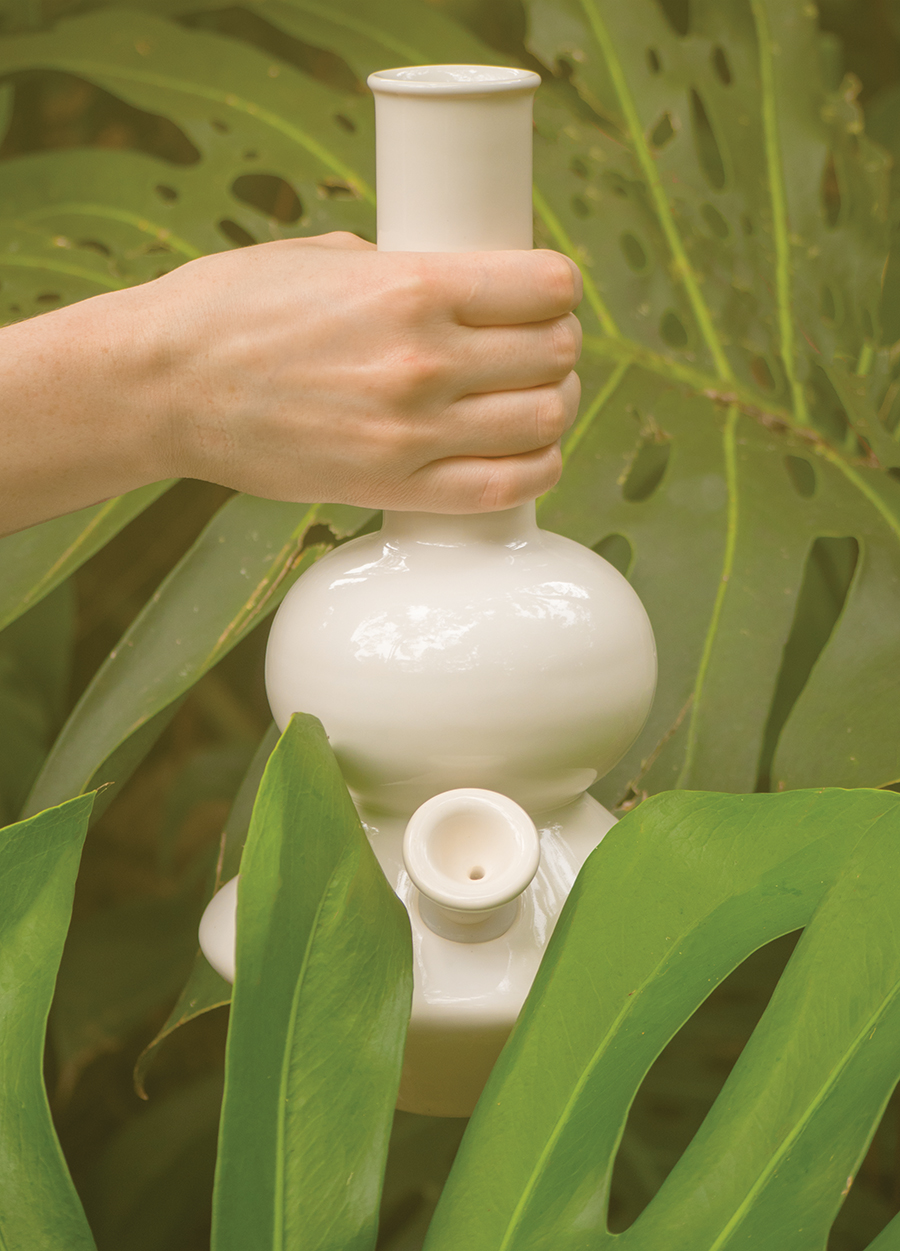 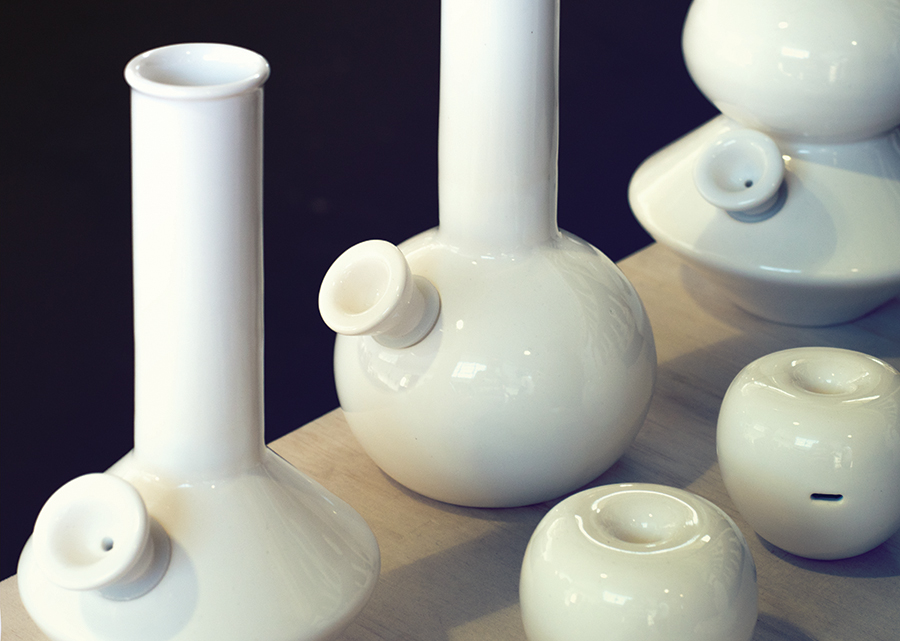 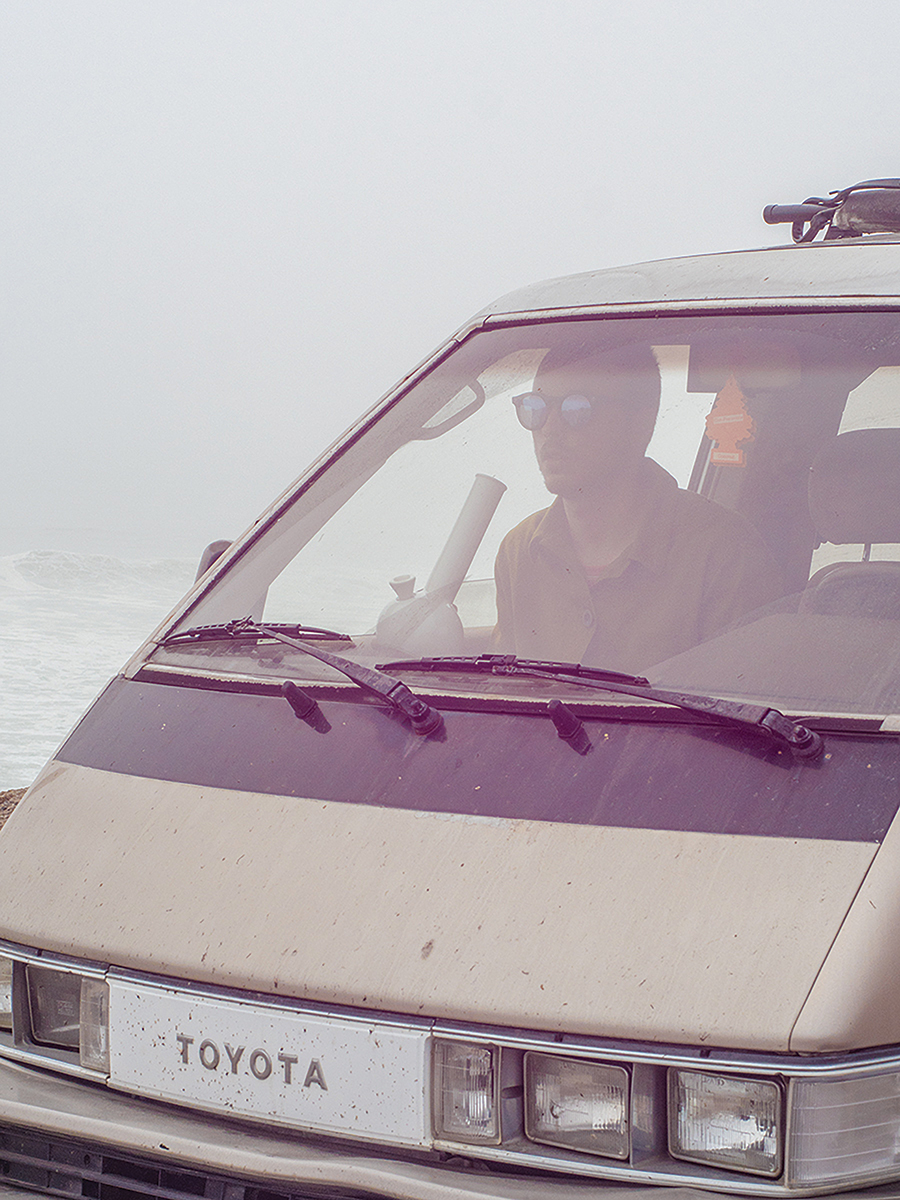