Social and political uncertainty is nothing new in the rather short tale of human history. For this unrest has reemerged throughout every epoch of civilization; where societies have struggled over divisions of power, and have succumbed to racism, violence and in many cases, totalitarianism, as a result. Nowhere is this more evident than in present-day America, where the masses are at a clear divide on issues of social, political and economic equality due to the divisive tactics set forth by the Trump Administration.

Fearing that America is on course toward a new form of fascism, LA-based artist, Cleon Peterson, boldly challenges us to acknowledge the darkness intrinsic within us in his new exhibition, Blood & Soil, which opened on Saturday at Over the Influence in Los Angeles. In anticipation of the show, I had the opportunity to speak with Peterson on his latest body of work.

You’ve established an aesthetic that cleverly hearkens back to the age of antiquity. For a body of work like Blood & Soil, which aims to “reconcile our violent history with present-day violence,” what can you add about these parallels between ancient civilizations and that of contemporary society?

Violence and abuse of power have been ever-present throughout history. It’s a human story, a Hobbesian dilemma that all cultures face when social balance breaks down. I think of this cultural violence and political unrest as being like a virus that pops up and contaminates every so often. Sometimes unrest is dormant but we all carry the bug and at any time it can show its face. 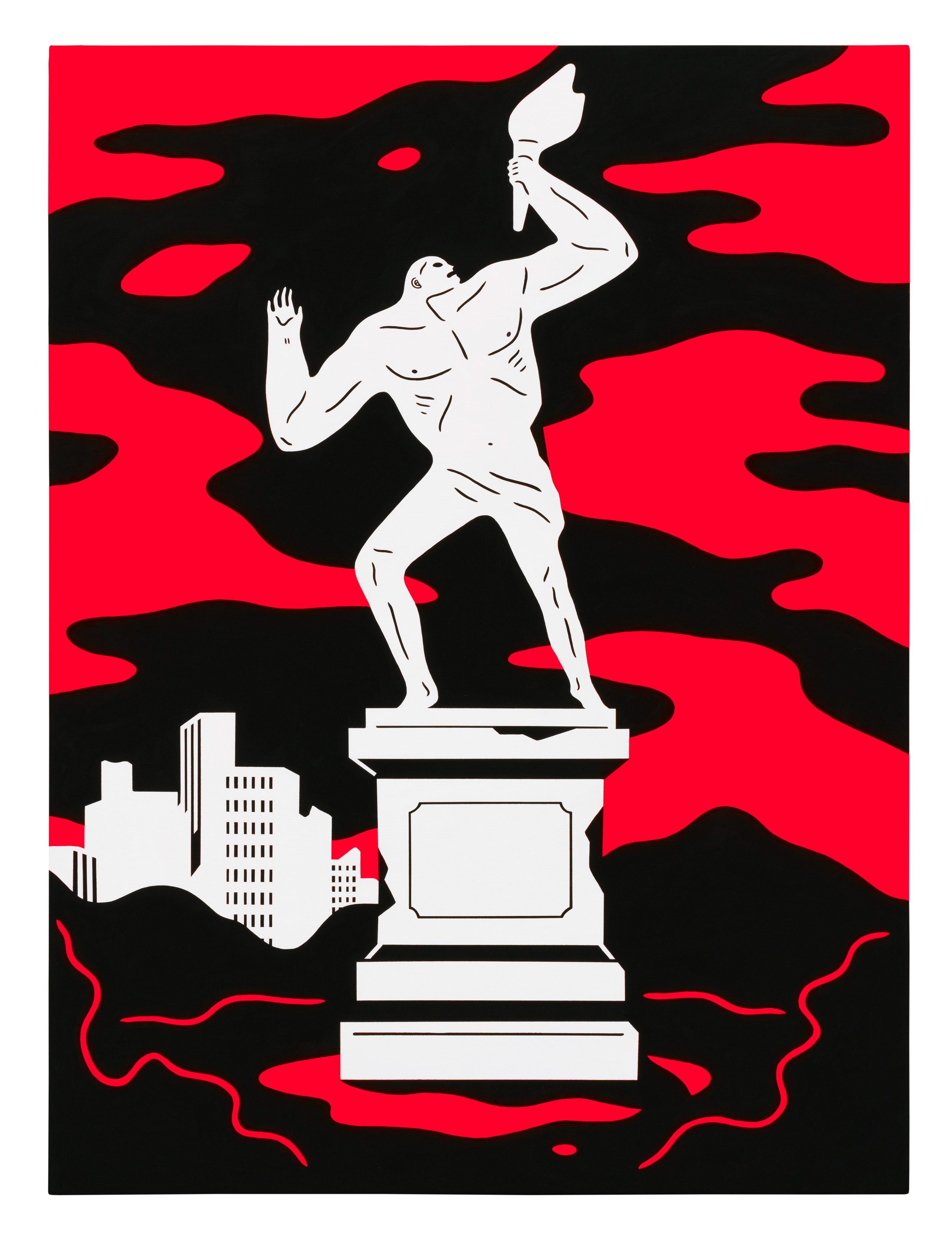 Your latest paintings and sculptures tie the current disarray in American politics to a number of historical events — from Goya’s iconic painting, The Third of May 1808, to motifs ever-present in the rise of fascist movements such as the Third Reich. What about these particular points in history do you believe resonates today in the US and what has led to it?

I fear that we’re slipping into some new form of fascism and that corruption and lawlessness are becoming normalized. Trump and his cronies are destroying our democratic norms and turning us against each other by using fear to stoke deep cultural resentments and divide. These are exactly the same manipulative tactics the Nazi’s used to rise to power in the 1920’s with their “Blood and Soil” campaign. This right-wing nationalist agenda appeals to people who feel left behind unheard and disenfranchised.

We’re also dealing with classic propaganda but this time technology has amplified the disinformation and infected us from within. All of this cultural warfare is designed to polarize and divide us and to have us make reactionary decisions that aren’t in our own civil interests.

There are two kinds of people I see in this. The people who are profiting from the policies and the kind of “useful idiots” who have been tricked into hitching their wagon to an empty promise.

I fear that we as Americans are submitting to all our darkest impulses just like the Germans did in the 1920’s and it is important to point this out in a direct way because I think people are denying that what we see every day has a relationship to this dark history. 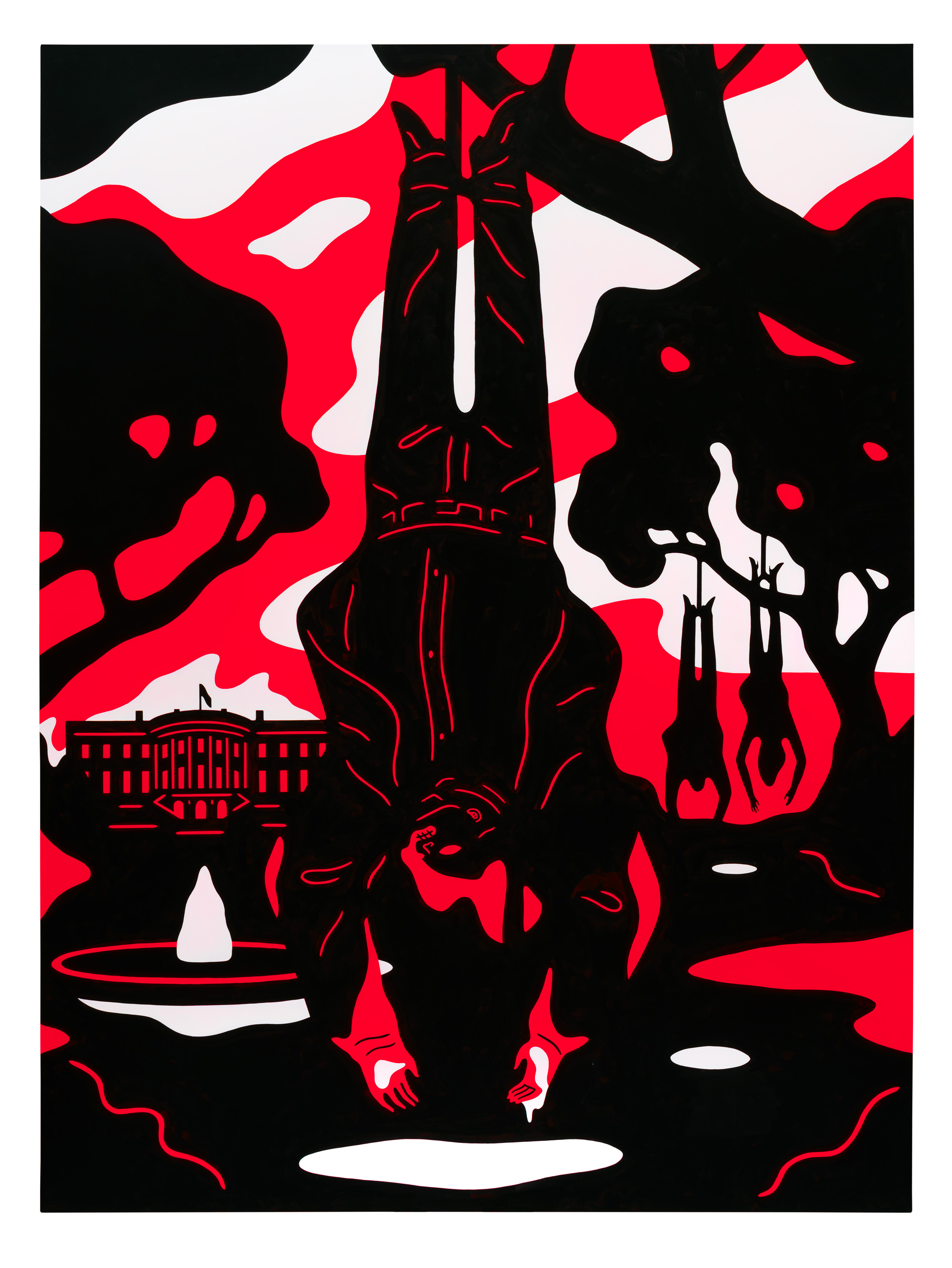 As Americans, we’ve grown to believe in the image of leading the world —from entertainment and commerce to justice and equality. However, Charlottesville is yet another event that sent shockwaves down the spines of many. Do you believe America is becoming the latest superpower in the long history of world leaders to topple under the guise of totalitarianism?

The marches in Charlottesville were a total embarrassment. In the US we suppress, deny and shelve cultural hot issues. The time always comes when those issues we suppress pop back up. Right now is a time for us to fight, strive for our ideals and re-align ourselves with our higher values. That’s the one positive I see from all this. If we pull out of this nosedive it’ll be a good opportunity to redefine our values.

Violence, prejudice, and corruption have seemingly occurred across every society throughout history. Is there a deeper metaphor you are trying to convey through your latest exhibition?

I want us to acknowledge that all of us have this darkness within. We can actively (or through complacency) be dark agents or by choice be light agents. My work tries to expose the real unvarnished world we live in so that we as individuals can take a look at our times from a distance and figure out what part we all play in all of this mess. 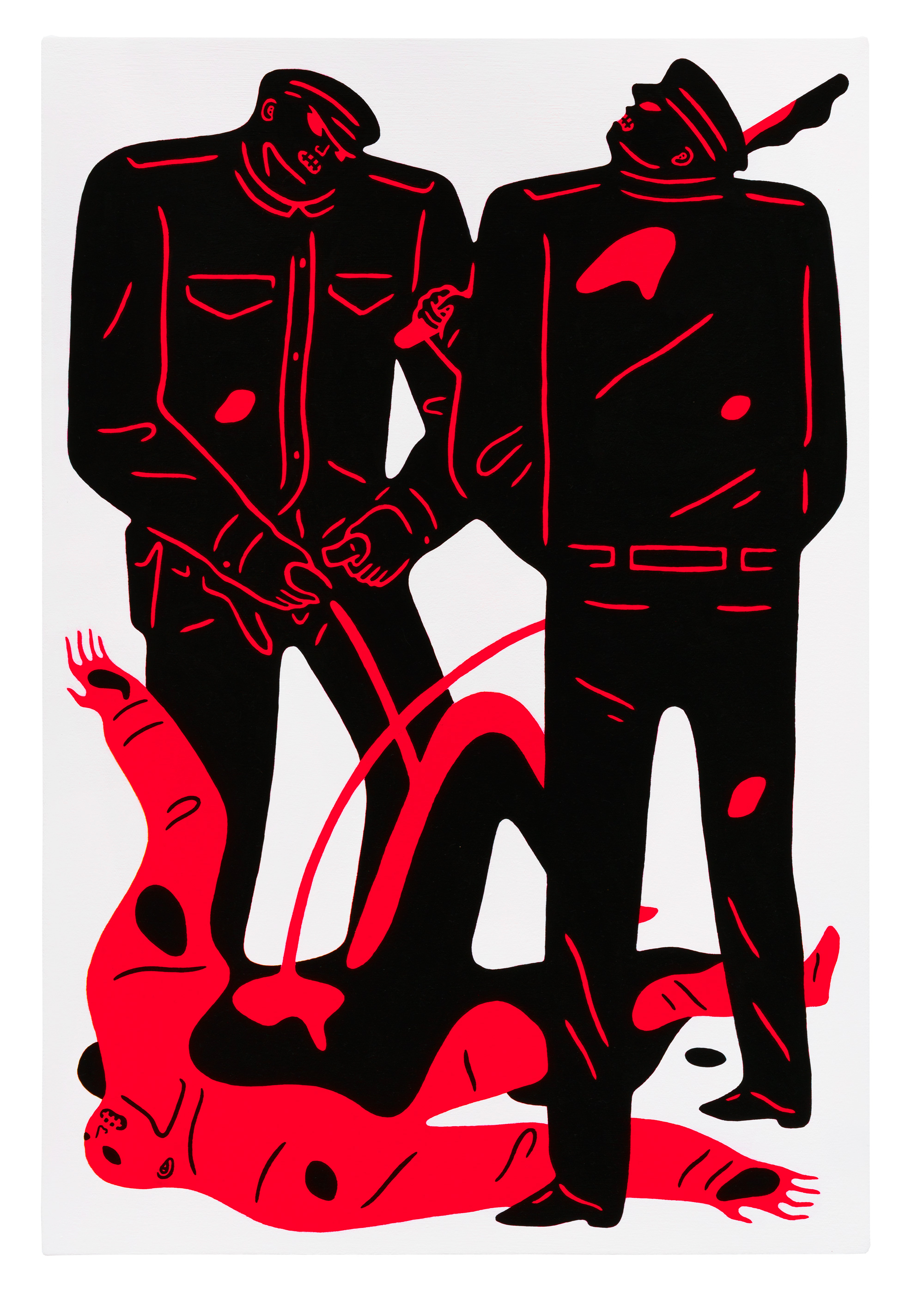 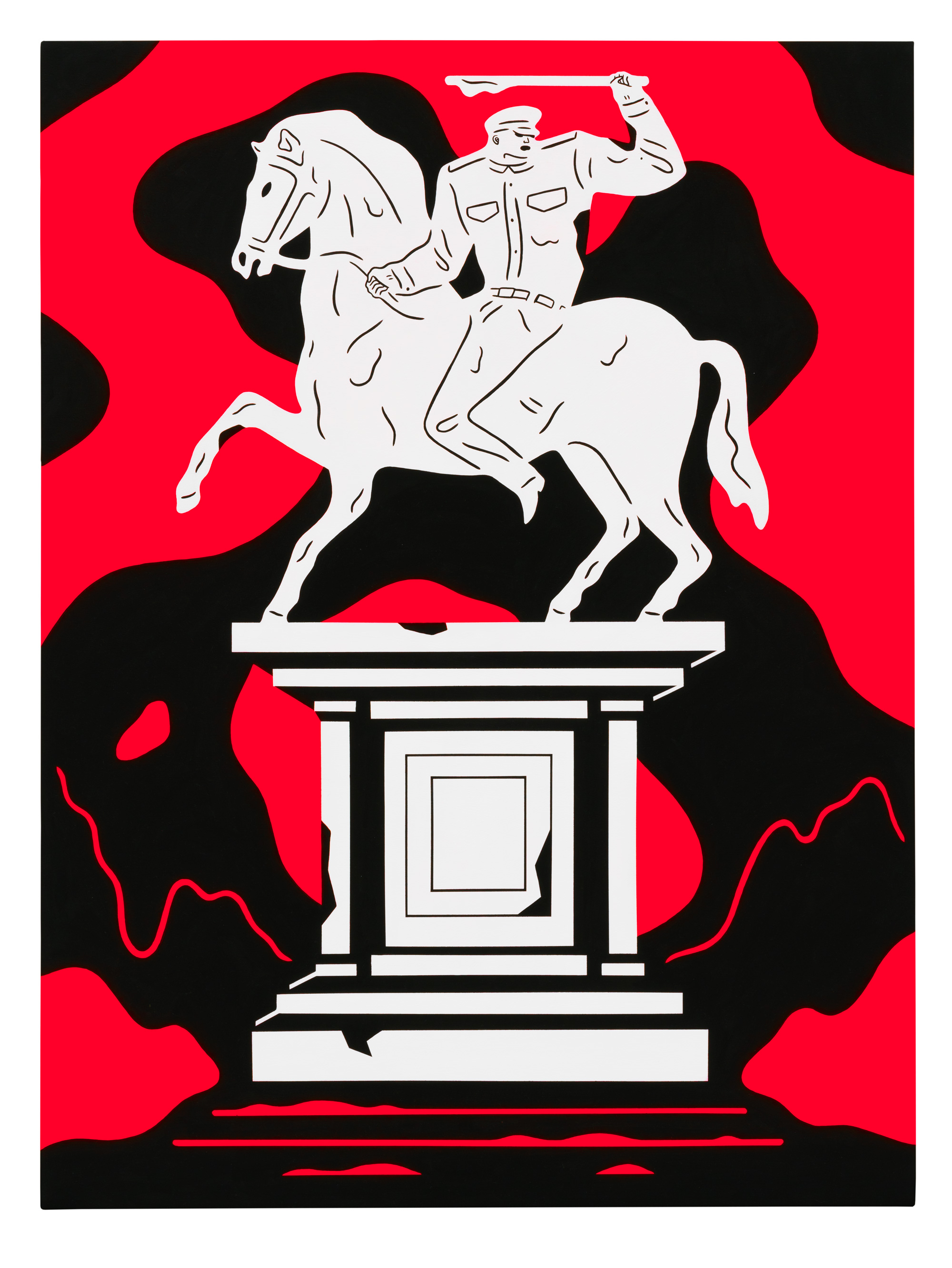 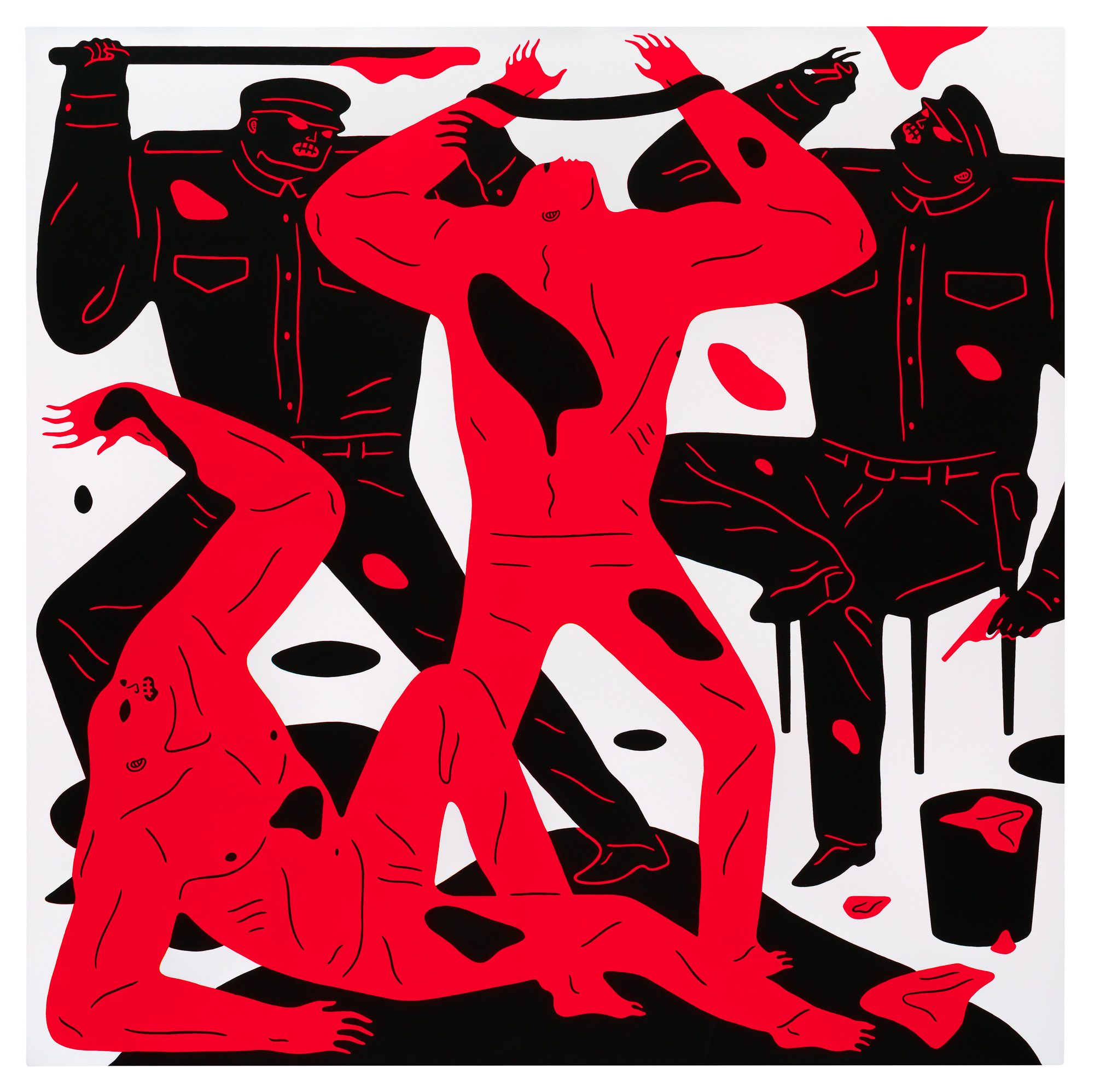 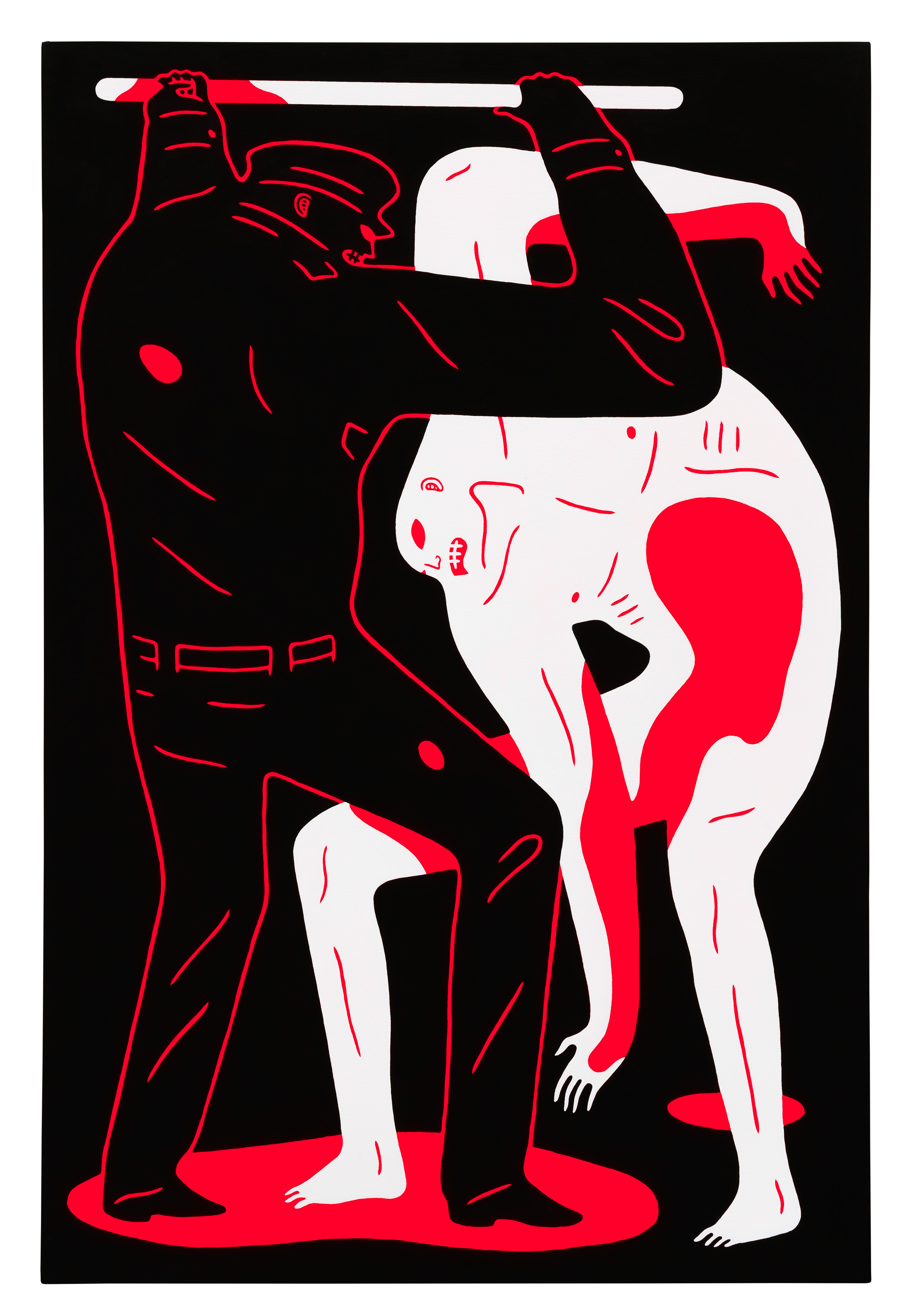 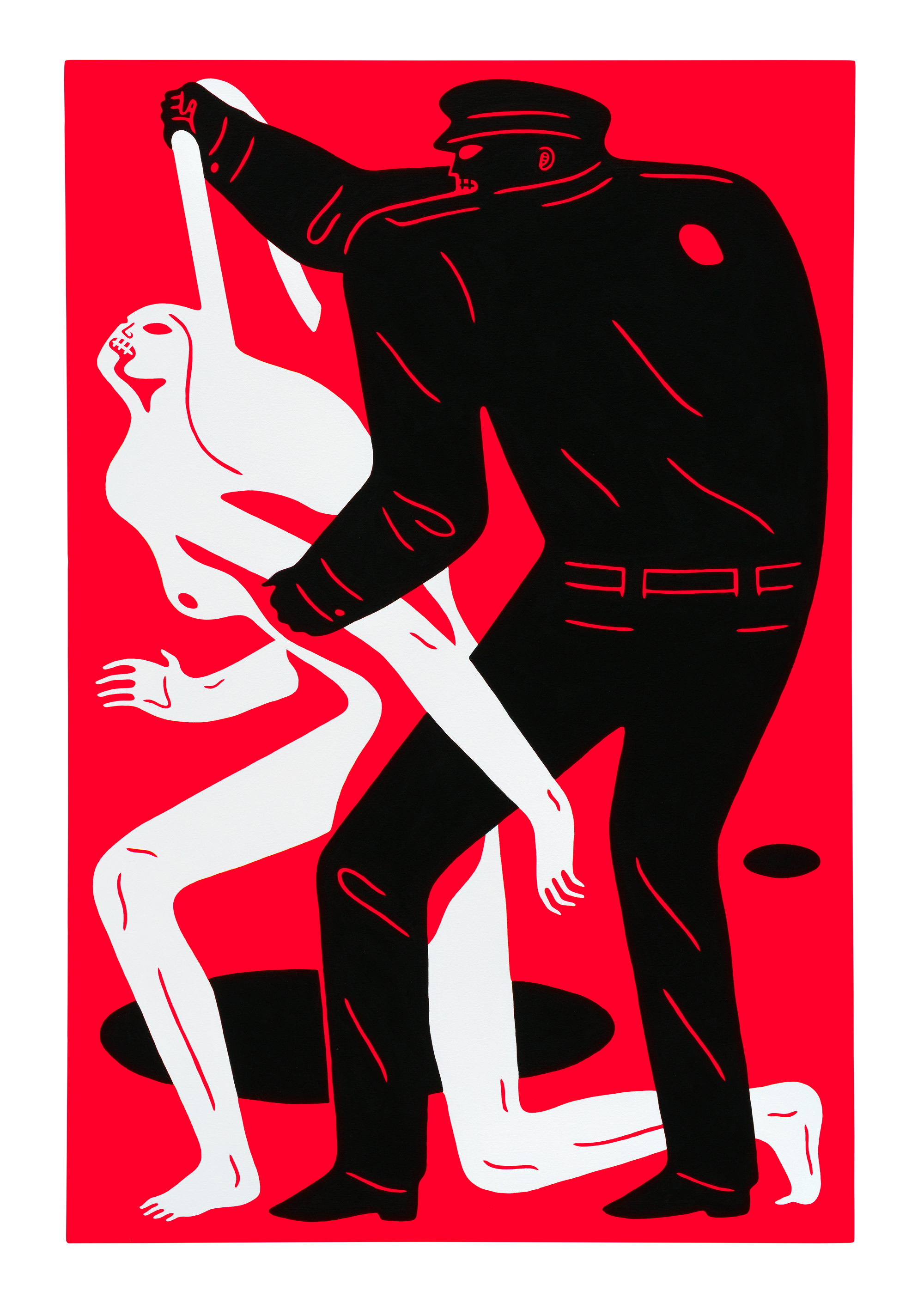 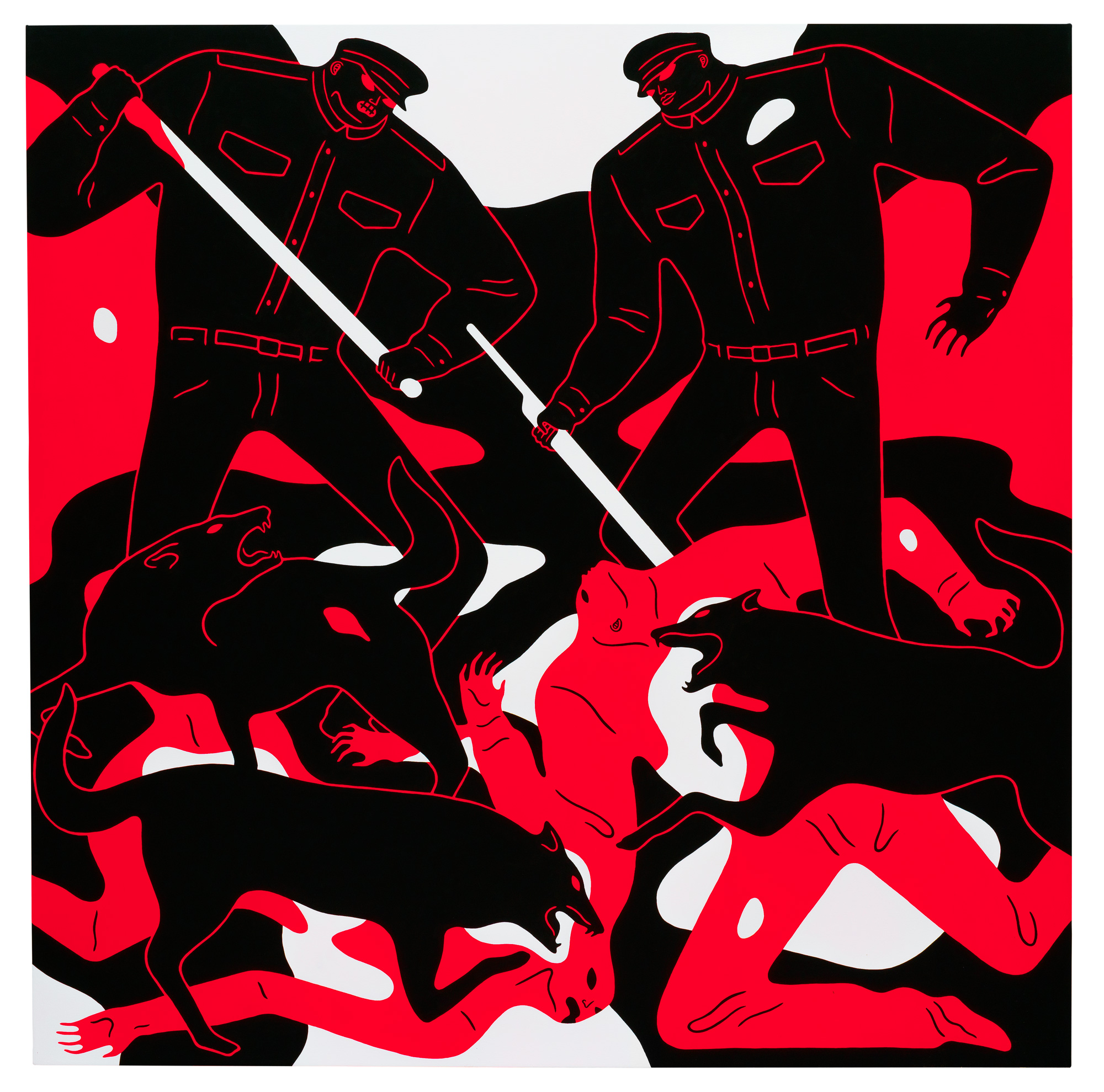